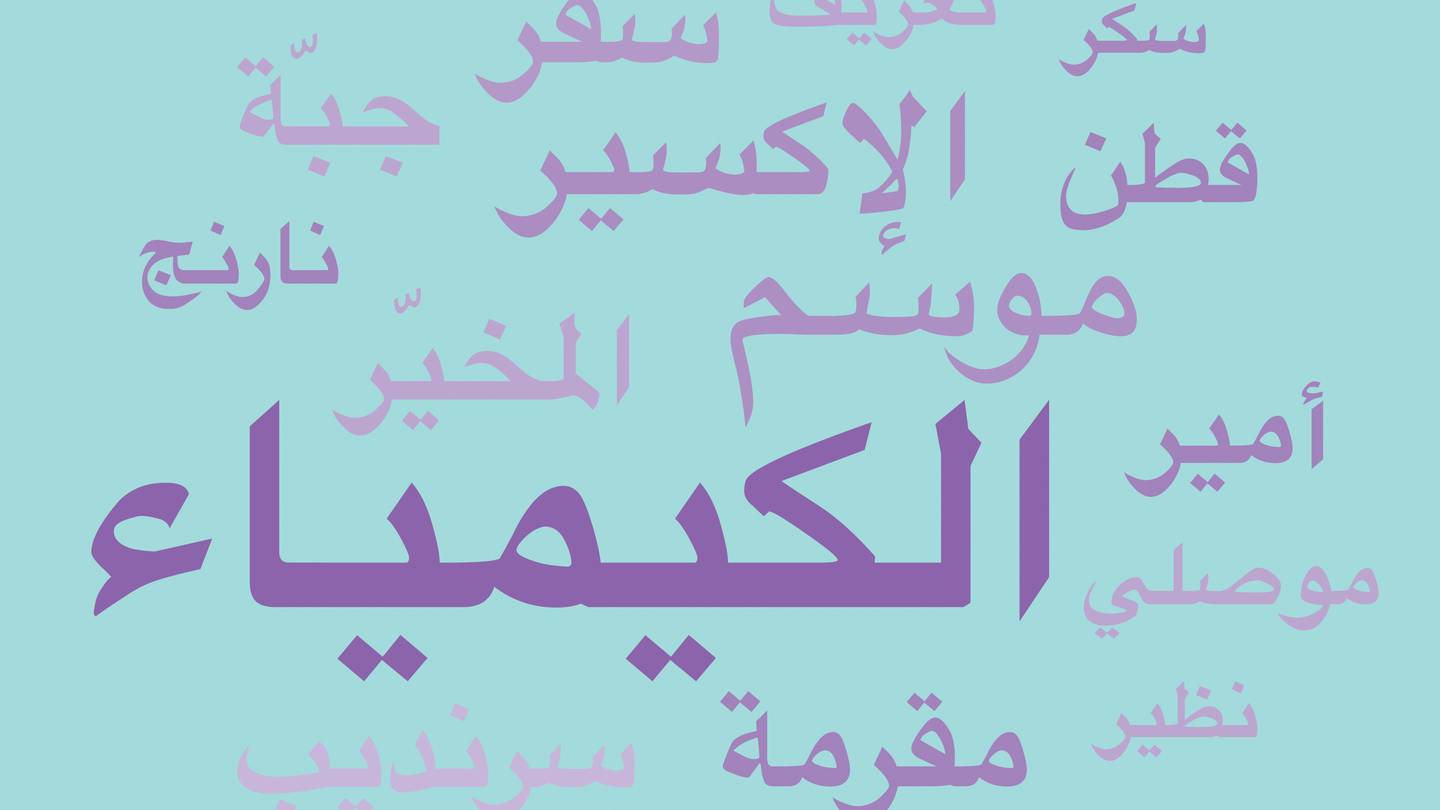 15 English words that come from Arabic: from sugar to serendipity

Over the centuries, dozens of Arabic words have entered the English language, across science, philosophy, mathematics, food, fabrics, commerce, and travel.

Most were introduced by domestic and maritime trade along the Silk Road, while others came from Islamic conquests in southern Europe. Not all of these words are of Arab origin – some came from India, Persia, and ancient Greece – but Arab merchants helped import them to the West.

Finally, the discovery of medieval Islamic scientists and astronomers during the Renaissance brought new words and concepts to Europe.

For the UN Arabic Language Day, we have selected our 15 most surprising words of Arabic origin.

The word for this high ranking naval commander evolved from amir, the Arabic word for a prince or ruler. The word was first documented on the island of Sicily in the 11th century, where the Arabs had ruled for 300 years.

The ancient branch of philosophy known as alchemy involved the study of substances and materials. Medieval alchemists believed that certain liquids could be turned into gold, or into a potion that would make the drinker immortal. The original Arabic word comes from the Greek term “khemeia“, although some scholars trace its roots back to ancient Egypt as well.

Although cotton was known to the ancient Romans, the word and the fabric were imported by Arab merchants to Europe during the late Middle Ages.

Today, an elixir is a liquid remedy with healing powers. In Arabic, it originally referred to a dry powder to treat wounds. It was later adopted by alchemists who called an elixir of elusive mineral powder that would turn metals into gold.

This type of knotted textile used in crafts and haute couture comes from the hand-woven fabrics of Arab weavers. In Arabic, miqrama refers to an embroidered tapestry or bedspread.

In Arabic, al-mokhayyar was a high quality fabric made from fine goat hair. Various forms have been imported to the West for centuries, the most famous being the wool of Turkish Angora goats.

The first Arab sea merchants of the Indian Ocean used the word “mawsim” or “seasons” to denote the seasonal navigation winds. The word was later adopted by Portuguese, Dutch and English sailors as they sailed in extreme weather conditions off the coasts of India, Southeast Asia and China.

Muslin, a cotton-based fabric, is said to have taken its name from the traders in the city of Mosul, or the Muslims, who imported it from South Asia to Europe.

In English, a nadir refers to the worst time, or the point at which something has the least value. But in Arabic the word means a counterpart and was used in medieval Islamic astronomy to refer to the diametrically opposed points of a celestial sphere.

Although the fruit and the word come from India, the Arabs introduced oranges to the Mediterranean region. For many countries in southern Europe today, they are considered a staple fruit.

The ancient fairytale place of Serendib, which appears in Thousand and one Night and other ancient oral traditions, was also the ancient Arabic name for the island of Sri Lanka. The English word serendipity, meaning a happy discovery, was coined by the English author Horace Walpole in 1754.

The English adopted the Swahili word for travel – safari – in the 19th century for their hunting expeditions in East Africa. Although a safari today involves an organized trip to spot wild animals, its origins are from the Arabic “safar”, or journey, a reminder of the crucial presence of Arab sea merchants on the East African coast.

Another word to have traveled the Silk Road is sugar, which was originally produced in India. In the 6th century, the cultivation of sugar cane reached Persia and was introduced into the Mediterranean by the Arabs, who produced it abundantly.

A rate in medieval Arabic means notification. It was introduced into Western languages ​​around the 14th century by trade on the Mediterranean Sea, where it referred to the bill of lading on a merchant ship, or the condition of products and selling prices.

The rampart of New Delhi in the Indian Ocean – The Diplomat