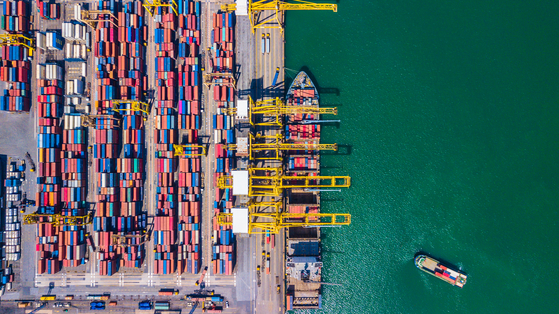 Welcome to Thomas Insights – every day we post the latest news and analysis to keep our readers up to date with what’s happening in the industry. Sign up here to receive the best stories of the day straight to your inbox.

International ports are essential for importing and exporting goods such as raw materials, food, consumer products and more around the world. There are over 360 commercial ports in the United States alone and over 800 ports around the world. But of the hundreds who distribute cargo every day, five top the rankings of the world’s largest ports, according to data from the World Shipping Council.

In 2020, the Port of Shanghai ranked number one in having the highest volume of cargo, handling approximately 43.5 million TEU (twenty foot equivalent) containers.

Located on the east coast of China, its transportation network includes the Yangtze River and other coastal transportation channels, and it has access to nearby inland rivers and lake basins.

Being the largest port in the world, it’s no surprise that the Port of Shanghai was also one of the first in the sector to go public in China, officially entering the Shanghai Stock Exchange in 2006.

The Port of Singapore ranks second, handling 36.6 million TEUs in 2020, despite having an annual capacity of almost 50 million TEU with its 53 berths.

The organization has terminals at Tanjong Pagar, Keppel, Brani, Sembawang, Jurong and Pasir Panjang, although its global port group PSA International has access to many countries and transport networks across Asia, Europe and the Americas.

Ningbo Port, now known as Ningbo-Zhoushan Port after its merger, had a cargo volume of 28.72 million TEUs in 2020. Located in the middle of the mainland coast of China, it has access to the Silk Road economic belt and waterways, including the Yangtze River Delta, and connects to more than 600 ports in 100 countries and regions around the world.

The port is known to import and export raw materials such as iron ore, crude oil, and coal.

Ningbo-Zhoushan Port is well-known in China and has received a plethora of awards and honorable mentions for its success, including among the top 500 Chinese companies and China’s top ten influential brands in the port industry.

Comprised of multiple ports and growing, the Shenzhen Port Group had a cargo volume of 26.55 million TEUs in 2020. The organization is based in Shenzhen, China, in the eastern province of Guangdong, and has access to cities such as Hong Kong, Zhuhai, and Macau.

Although the main port is primarily a container terminal, it also supports the distribution of bulk cargo and oil and gas.

In fifth place is the port of Guangzhou in China with a cargo volume of 23.19 million TEUs.

Located at the start of the Millennium Maritime Silk Road and having access to the Pearl River Economic Zone and the Pan-Pearl River Delta, the port is known to have the greatest distribution along the southern coast from China. This alone has made the Port of Guangzhou one of the most important trading ports in the country.

But what is perhaps even more impressive is the port’s influence on other industries in the region, including real estate, aquatic products, business travel and finance.

While the majority of the world’s largest ports are located in China, there are a few other notable ports:

The pure grace of Ed Ayres and his love of music