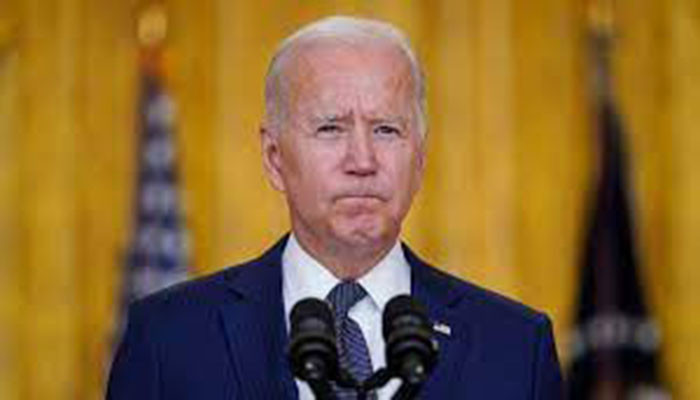 “Everything about the strategy is very simple, but that doesn’t mean everything is very easy. The explanation given by President Biden and his administration for a rather chaotic hasty withdrawal of the United States from Afghanistan is “it is time to end the war in Afghanistan.” President Biden added: “After 20 years, I have learned the hard way that there is never a good time to withdraw US forces. More years in Afghanistan would have made no difference. The American troops carried the weight for them (Afghans) ”. If the graduated plan to withdraw US troops from Afghanistan had been in sight since 2014 under the Obama administration, it is hard to believe how the only superpower has retracted, if it had seen a ghost.

The US invasion of Afghanistan was part of the “new great game” first identified by Mackinder and later George Kennan proposed the policy of “containment” followed by Brzezinski’s “big chess theory”. Mackinder’s Theory of “Pivot or Heartland”. The power that controls the Eurasian mass. . . controls the world, and Kennan’s concept of containing Soviet expansionist designs was pushed by Brzezinski for the United States to take control of the Inner Crescent as part of the Grand American Strategy.

Brzezinski served the Carter administration as a national security adviser from 1977 to 1981. A staunch supporter of the “realist paradigm,” he believed that “the main geopolitical manifestation of American hegemony is America’s unprecedented role. on the Eurasian landmass ”. the expansion of the West, especially in the unipolar world order. Zbig, as he was called, had been the primary geostrategic thinker behind Democrats in guiding American foreign policy since 1968.

American foreign policy, especially the Democrats, had pursued Brzezinski’s “grand chessboard” strategy for American hegemony and dominance for the next 100 years. Joe Biden, a Democrat, also attaches great importance to Eurasia and in assuming the presidency, has appointed Mark Brzezinski, Zbig’s son, to manage NATO affairs as ambassador to Poland. Biden’s willingness and eagerness to strengthen ties with countries of Central and Eastern Europe to counter Russia and China in the face of his abrupt decision leading to the chaotic withdrawal of US forces from Afghanistan (a geostrategically pivotal location) and thus creating a power vacuum is viewed with concern.

Numerous debates occupy the media and operating rooms with various theories, i.e. from the theory of the transition of power to the theory of declining power, trying to find a possible justification for the American withdrawal of ‘Afghanistan. Likewise, I also have a probable theory of this power vacuum for readers to think about. The lonely superpower, one fine morning, therefore decides to abandon a position of strength (Afghanistan) that it took 20 long bloody years to reach and ignoring the ramifications of the ensuing global humiliation, tarnishing its international stature, its image and demoralizing the entire nation does not usually occur under normal circumstances, unless it is a “ploy”, a “defensive bait” as part of the overall “grand strategy”.

China, the rising power, has so far been viewed in the West, especially the United States, as a regional power to watch. While China needed to be watched, US foreign policy viewed Russia as a problem child and one to contain. Brzezinski, before his death, considered the most dangerous hypothesis, namely the unification of Russia and China not because of communism but against a common enemy (the United States). In such a scenario, Zbig professed China’s leading role against Russia. Zbig warned American policy makers and strategic thinkers to protect themselves from this most dangerous postulation. China’s growing lateral power base is now in transition to a manifest power. Its economic expansion and viability, its technological catch-up with the technetronic revolution and its reach in the international market have overtaken Russia on the path of modernization. This situation leads to a major change in the perception of the American threat, that is to say from Russia to China.

With this changing threat paradigm, it is now China’s containment that is of paramount importance. China is following Mackinder’s theory to dominate the “hub or core area” with its Belt and Road Initiative (BRI) to reach the Eurasian landmass. While following a continental land strategy, China is also securing its vulnerabilities on the 21st Century Maritime Silk Road. With this development in sight, what does the abandonment of the geostrategic connotation of the United States look like? Is it luring the giant in and engulfing it in a quagmire, thus winning without a fight?

Afghanistan, in addition to its mineral wealth, plays a central role in the success of the BRI. While China has not yet invested much in Afghanistan but pursues three objectives in Afghanistan 1) oriented towards stability, i.e. engaging the Taliban for an inclusive government, 2) oriented towards security, that is, ie prevention of cross-border terrorism and 3) trade-oriented, ie business and investment. opportunities in Afghanistan. Chinese investment in Afghanistan under the BRI is believed to be around $ 62 billion, depending on the situation. To materialize these objectives, China, as part of the external maneuver, is seeking Russian assistance through the Russian-led Collective Security Treaty Organization (CTSC) and the Shanghai Cooperation Organization (SCO) led by China.

A baited defensive bet? Stabilizing the situation in Afghanistan is no joke and is a long-term process. Afghanistan should be seen as a major distraction for the progress of the Chinese BRI. A distraction that can upset the dimensions of time and space with regard to the race for the “pivot” of the two world powers, the thrust towards the west vs. the thrust towards the east. A power vacuum that now exists in Afghanistan could be part of the subterfuge to lure and drag the eastern giant into the Afghan tangle. After goading China into Afghanistan, the United States and its South Asian ally India can then play the game of scams to keep Afghanistan in controlled chaos, creating the conditions for the emerging power is bogged down.

From another perspective, the US presence in Afghanistan was a blessing in disguise for China. The security situation in Afghanistan was not on the shoulders of the Chinese. With the demise of the United States and the BRI still in its infancy, the security situation in this war-torn country is now a major concern for the yellow dragon. Two major jugular veins of the BRI pass dangerously close to Afghanistan, where destabilization will have ramifications for Pakistan, Kazakhstan, Kyrgyzstan, Tajikistan and Uzbekistan. Any spillover from instability in these countries will affect the progress of the BIS and delay China’s quest for the Eurasian landmass.

Unlike the Soviets and the United States, China, instead of an Afghanistan minus the Taliban or a puppet regime, will engage with the Taliban with their foreign policy of peaceful coexistence and non-interference in the internal affairs of Kabul. China will pursue its investment goals in kind and not in cash. This means that unlike the precedent of millions of dollars handed over to warlords in sacks, this time Afghanistan would see real development projects on the ground. Contrary to the decision-making history of the United States, the Chinese, in keeping with their tradition of deliberations and a sure-fire approach, should be more careful when it comes to Afghanistan under the Taliban. They should see Afghanistan as a marathon race where a brisk pace will prevail. They should assess the seriousness of the Taliban regime in revitalizing stalled Chinese projects in Afghanistan, for which the US-backed Afghan government is cited as a reason.

How flights from China near Taiwan ignite tensions