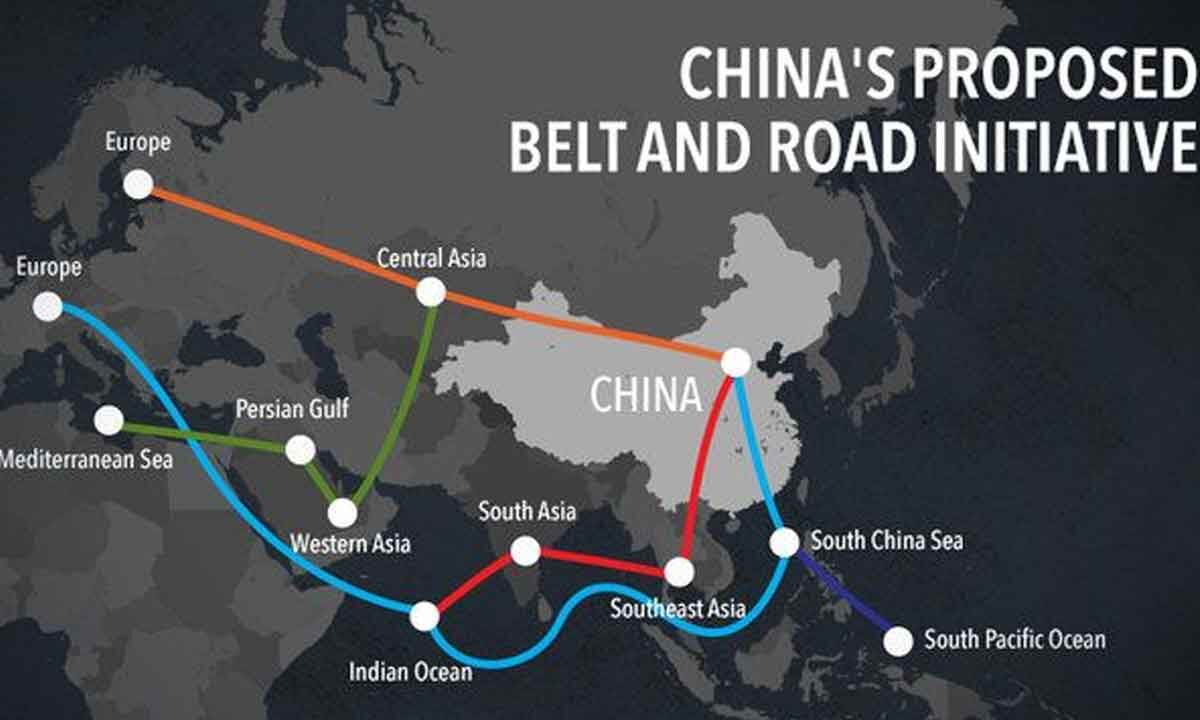 The recent economic upheaval followed by political unrest in Sri Lanka has once again placed China’s Belt and Road Initiative (BRI) at the center of the debate over whether it is beneficial or insensitive to participating countries in addition to be a success or a failure.

Chinese President Xi Jinping launched the BRI with great fanfare with grand promises and grand plans for participating countries in 2013. It was considered a centerpiece of Chinese foreign and trade policy.

Basically, BRI, also known as One Belt One Road or OBOR for short, is a global infrastructure development strategy for investing in nearly 150 countries and international organizations, across the globe.

The BRI has formed a central part of Xi’s “big country diplomacy” strategy, which calls for China to assume a greater leadership role in global affairs in accordance with its rising power and status. As of August, 149 countries were listed as having joined the BRI.

Xi originally announced the strategy as the “Silk Road Economic Belt” during an official visit to Kazakhstan in September 2013, referring to proposed land routes for road and rail transport through Central Asia. landlocked along the famous historic trade routes of the western regions; in addition to the “21st Century Maritime Silk Road“, referring to the Indo-Pacific sea routes through Southeast Asia to South Asia, the Middle East and Africa.

In fact, the BRI was also seen as a grand scheme to challenge US hegemony over trade and global diplomacy. However, recent events in Sri Lanka, with similar echoes heard from Bangladesh, Nepal and Pakistan, have led some Chinese observers to conclude that this is an indicator of the blow the Chinese economy has suffered during the Covid pandemic and the BRI seems to be being reassessed with recipient countries wary of the debt trap and its economic feasibility.

Let’s take a closer look at the original intent of the BRI, its expansion and its long and short term impacts on aid recipient countries and whether it was a success or failure and how the United States could have counter it much better. way.

In his 2020 report, Rafiq Dossani, director of the RAND Center for Asia Pacific Policy, opined that China’s main motive behind the BRI was its long-term economic security. BRI shipping routes would have helped China’s relatively underdeveloped and landlocked regions such as Yunnan and Xinjiang provinces by connecting them to ports in faster growing parts of Asia. At the same time, the BRI’s emerging overland routes have been branded as an alternative to the South China Sea, through which most Chinese trade currently passes and which is becoming an area of ​​contention between the United States and China. .

Dossani, further explaining the reasons for the initial hosting of the BRI, said that traditionally many countries prefer to work with the World Bank and other multilateral lenders, who provide borrowers with good practices, while making available significant funding on a meritocratic rather than political basis. But, he adds, from the perspective of a developing country, access to available global capital is difficult because of the risk involved in many such investments.

The Asian Development Bank estimates that Asian countries face an infrastructure investment gap of $459 billion a year. This logic also explains the sentiments that, in the early stages of the BRI’s launch, seemed to be the main reason for attracting BRI projects and Chinese financing. But nine years after its launch, the BRI seems to have lost its luster, due to the economic collapse of several countries, which have borrowed heavily from China under the guise of infrastructure development, progress and prosperity.

In fact, Bangladesh has made it clear that it will no longer accept loans, only grants from Beijing. Nepal also took the same position. Pakistan, with some $53 billion spent by Beijing under the BRI umbrella, is also experiencing the same fate. China has also invested some $44 billion in Indonesia, $41 billion in Singapore, $39 billion in Russia, $33 billion in Saudi Arabia and $30 billion in Malaysia. The cry against China’s BRI is not just confined to the Indian subcontinent, as its repercussions can also be heard in Kenya’s $4.7 billion railway project. Five years after its launch, the project ends abruptly in an empty field, 200 miles from its destination in Uganda.

As the conflicts between the United States and China seem to be intensifying, some experts have questioned the intentions of the Chinese BRI. It has been seen as a debt trap for poor states and a way for China to expand its territorial control, but is it a reality? Is the United States missing an opportunity to participate or initiate parallel activities?

The BIS has repeatedly been called a debt trap and a power grab, and perhaps that seemed like a possible scenario. However, this concept has been debunked by recent research. Deborah Brautigam, director of the China Africa Research Initiative at Johns Hopkins University, found no evidence that Chinese banks over-lend or invest in loss-making projects to get a foothold in these countries, in one of her studies. on Chinese loans to Africa.

There is further evidence that China is not engaging in debt-trap diplomacy. Brautigam noted that in some countries the IMF has been labeled as vulnerable. Moreover, Chinese lending was not responsible for pushing indebted countries beyond IMF debt sustainability limits. In addition, it should be noted that not only poor countries, but also countries in East Asia and Europe have also been hit by the BRI. More than 18 European Union countries have joined the BRI.

In fact, rather than decrying China, the United States should engage in infrastructure lending to poor countries and/or facilitate lending for such projects by multilateral banks, thereby reducing bureaucratic requirements. It should also initiate similar activities in underdeveloped or developing countries.

To improve its image, China should improve transparency around the BRI agreements. The World Bank and other bodies have also called for increased transparency. This would go a long way in improving the understanding of the United States and other countries

Chinese intentions regarding the BRI. (IANS)

Skull and Bones’ helmet has a ton of potential