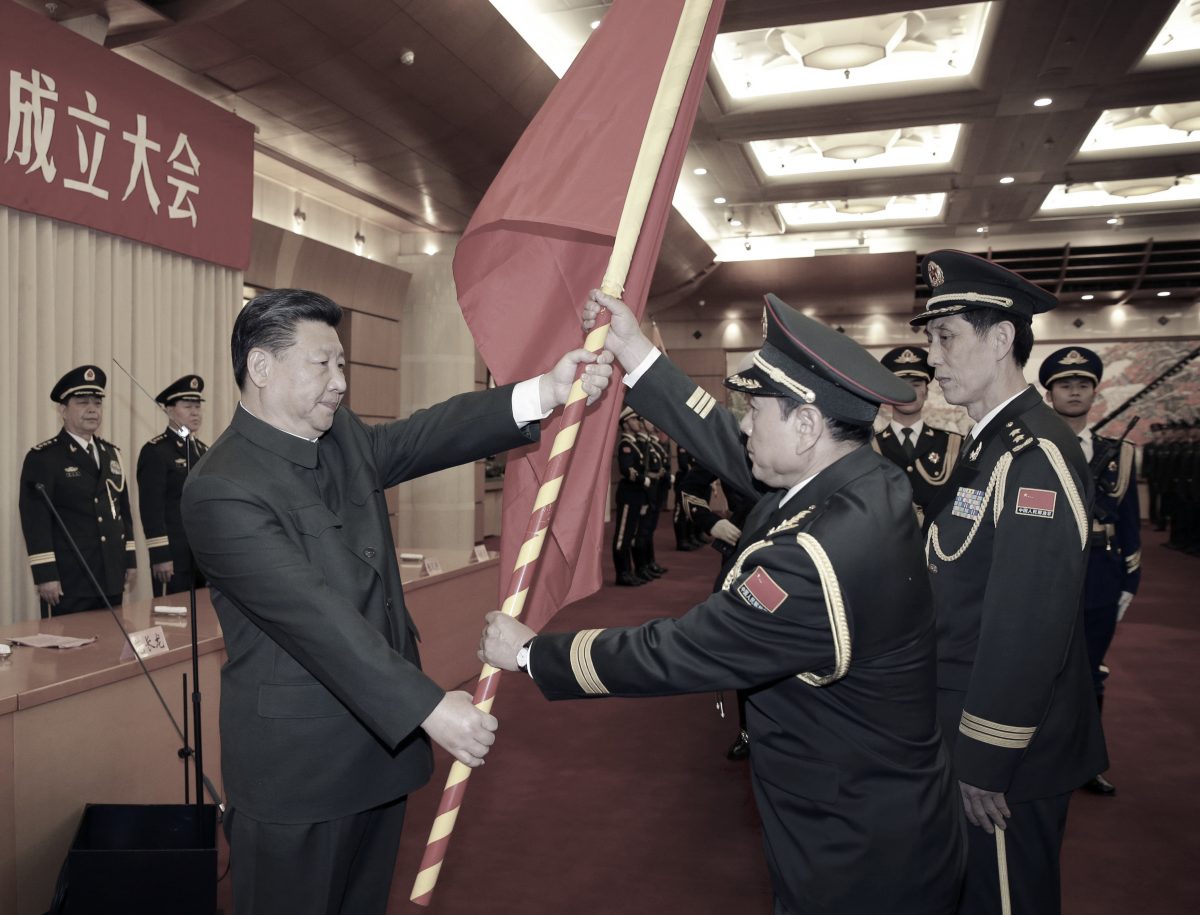 Xi Jinping’s coronation at the just-concluded 20th National Congress of the Communist Party of China (CCP) bodes ill for the world. Congress endorsed Xi as general secretary of the 20th CPC Central Committee, chairman of the Central Military Commission (CMC), as well as packing the 20th Politburo and CMC with Xi’s allies.

Xi’s consolidation of power paves the way for the broader pursuit of the CCP’s global ambitions, which include displacing the United States as the world’s largest economy and replacing the existing international order with an alternative “with Chinese characteristics.” . Xi has crafted various strategic initiatives aimed at achieving global dominance over time, including the Belt and Road Initiative (BRI, also known as “One Belt, One Road”), Made in China 2025, Maritime Silk Road , Digital Silk Road, Global Security Initiative, Global Development Initiative, etc.

The goal is the modernization of China’s industrial base – and ultimately the People’s Liberation Army (PLA) – through the infusion, exploitation, theft and transfer of advanced technologies into the economy. Chinese. Economic dominance as “factory, industrial warehouse and supplier to the world” is accompanied by geopolitical and military dominance. And China has set a century-old goal of being able to build and deploy a fully modern military by 2027, as reported by the Global Times.

During his report to the 20th Congress, Xi hinted at his intentions to use the PLA’s growing capabilities more aggressively in the future. He said China will become “better able to deploy our military forces in a steady and diverse manner, and our military will remain both steadfast and flexible in conducting its operations.”

The world has witnessed an element of these “diverse paths” in the PLA’s intimidation operations across the Taiwan Strait in recent months. In August, the Wall Street Journal reported that “Chinese planes and ships crossed the middle mark of the Taiwan Strait” into Taiwan’s ADIZ to conduct simulated attacks on Taiwan.

Other aspects in the future will likely include power projection, forward presence and influence operations supporting BRI-related trade in South Asia, the Middle East and Africa. Watch for more PLA Navy “show the Chinese flag” port visits in the Persian Gulf and some African countries over time. Xi intends the PLA to be the “iron fist in the velvet glove” of communist Chinese diplomacy and trade relations in the future.

China’s neighbors are watching closely and have immediate concerns about Beijing’s regional intentions. From Japan’s annual white paper, “Defence of Japan 2022”: “Chinese military tendencies, combined with insufficient transparency on China’s defense policies and military affairs, have become a matter of grave concern for the region, including Japan and the international community, and these trends have intensified in recent years.

These worrying military trends include: the rapid expansion of the PLA Navy (new aircraft carriers, amphibious assault ships, missile destroyers and nuclear submarines); the development and deployment of hypersonic missile systems; the modernization of the J-20 stealth fighters; the introduction of the H-20 stealth bomber; the rapid modernization of the PLA Rocket Force; advances in “intelligent warfare”; the deployment of modern ISR capabilities and the development of advanced weapons, including the testing of a Fractional Orbital Bombardment System (FOBS) that deployed a hypersonic hover vehicle that could be used to deliver nuclear weapons; and significant improvements in joint operations.

Perhaps most troubling is the ongoing Chinese nuclear escape. As reported by the US Naval Institute, Toshi Yoshihara, a senior fellow at the Center for Strategic Budgetary Assessment, said that “China is building hundreds of new missile silos in the western part of the country, deploying mobile intercontinental ballistic missiles , is developing a fleet of new strategic bombers with improved long-range strike capabilities and the deployment of additional ballistic missile submarines. These developments mark a shift from past Chinese statements about their “benevolent intentions” regarding their nuclear intentions.

Along with the development, modernization and rapid expansion of PLA capabilities, the Chinese have developed an integrated politico-military strategy for hybrid warfare that weaves together various diplomatic and other non-kinetic actions in a coordinated manner to achieve the designated tactical and strategic objectives. . The aim is to achieve these objectives without resorting to the use of force, if possible, using a variety of synchronized tactics. These include in particular the following:

Xi has made no secret of his intentions to elevate China to the rank of world leader in all spheres of human endeavour. The real tells are the first words of two of his great projects: the Global development initiative and Global Safety initiative. He has overall (if not megalomaniac) conceptions about the rest of the world that are not benign.

Xi’s report to the 20th Communist Party Congress provided tantalizing insights into his domestic and international goals, as well as his plans to “diversify” the People’s Liberation Army’s operations and missions to help achieve those goals. He hailed the PLA’s rapid and continuous modernization. And the appointment of his cronies to the Central Military Commission should be seen as a red flag and a sign of future Chinese aggression in East Asia and beyond.

The PCC has developed and tested various hybrid warfare concepts to enhance and augment the PLA’s kinetic operations. Various aspects of these hybrid warfare tactics have been and are being implemented against the United States, Japan, Australia, India, the Philippines, and Taiwan. Unfortunately, there are only too many people in the world who are willing to help Xi and the communists achieve their goals of world domination.

The signals of impending Chinese aggression and belligerence are as clear as day.

Stu Cvrk retired as a Captain after serving 30 years in the United States Navy in a variety of active and reserve capacities, with considerable operational experience in the Middle East and Western Pacific. Thanks to his training and experience as an oceanographer and systems analyst, Cvrk graduated from the US Naval Academy, where he received a classic liberal education that serves as the essential basis for his political commentary.

In 1978, a Soviet satellite exploded over traditional Dene lands. Its effects are still felt today