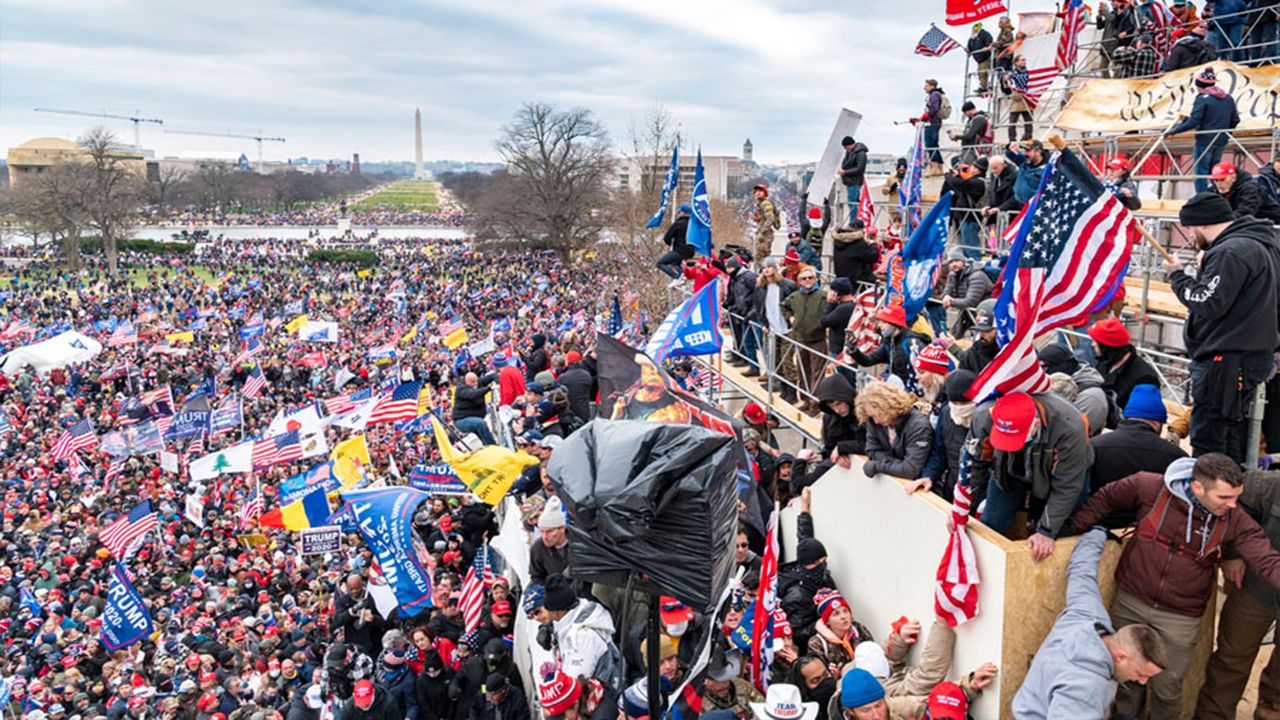 As the Jan. 6 select committee prepares for public hearings, Trump and his accomplices roam free

The House Select Committee investigating the January 6, 2021 coup attempt by former President Donald Trump will begin holding a series of six public hearings beginning Thursday. The hearings come 17 months after Trump and his Republican allies led a fascist assault on Congress aimed at blocking certification of the 2020 election results and overturning the Constitution.

Last week, the Justice Department announced it would not press charges against Mark Meadows, Trump’s former chief of staff and a key architect of the coup plot, as well as Dan Scavino. Trump’s former deputy chief of staff. Then on Monday, Enrique Tarrio, the former president of the Proud Boys, and four other members of the far-right group were charged with seditious conspiracy.

This is how the Democrats hope the hearings will unfold: while a handful of fascist foot soldiers, small fry of the putsch, will be charged, the Republican Party figures who organized and led the plot must be freed.

The Democratic Party’s main political goal in the January 6 hearings is to make the Republican Party a legitimate instrument of class rule by presenting a narrative that omits the role of nearly all of the GOP, as well as significant sections of the police. , the army and the intelligence apparatus. to facilitate the attack on Congress. The goal, as US President Joe Biden and Speaker of the House of Representatives Nancy Pelosi have repeatedly stated, is to maintain a “strong Republican Party”.

Both Meadows and Scavino have for months refused to comply with committee subpoenas and are deeply implicated in Trump’s coup. They now join Trump and his Republican co-conspirators in escaping responsibility, more than a year and a half after the fact, for trying to overthrow the government.

While Meadows briefly cooperated with the committee last year, including passing thousands of incriminating text messages revealing that Trump’s conspiracy had spread to Congress, the Supreme Court and major news networks such as Fox News , committee members such as Illinois Republican Rep. Adam Kinzinger have publicly stated that there are huge gaps in text messaging.

Some of those gaps include messages exchanged between the Meadows and lifelong Republican agent Virginia “Ginni” Thomas, wife of Supreme Court Justice Clarence Thomas. The fact that Ginni Thomas was not subpoenaed by the committee demolishes any claim that its findings will represent a full account of events.

The only “high-level” Trump advisers to be indicted by the DOJ so far are former Trump advisers, fascist Steve Bannon and recently indicted Peter Navarro. Like Meadows and Scavino, the two refused to comply with subpoenas issued by the Jan. 6 select committee.

While the Democratic Party and sections of the Republican Party opposed to Trump presented the hearings as a chance to expose the full extent of the attack, in reality their response to January 6 was intended to conceal the social and political roots of the coup d’etat and the complicity of whole sections of the state apparatus. In one form or another, the committee will seek to perpetuate this cover-up.

Ahead of the hearings, other details emerged documenting the role of Georgia Republicans in supporting the coup. Monday, the Washington Post revealed the existence of an email sent on December 13, 2020 by Robert Sinners, a member of the Trump campaign staff, to Republicans in Georgia who planned to meet at the State Capitol the next day to submit a list electoral fraud.

In the email, Sinners told the 16 Republicans that they must conduct their business in secrecy and must exercise “complete discretion in this process.” Sinners said that at “no time should you mention anything to do with presidential voters or speak to the media,” the Job reported.

Georgia was one of seven states won by Biden in which Republican voters gathered on Dec. 14, 2020, to sign certificates claiming Trump was the rightful winner, despite the vote count or the fact that election officials had already certified their election results for Biden. The fact that Sinners was suggesting that Republicans not alert anyone to their activity speaks to the illegality of what was happening.

The existence of these bogus voters, in the minds of Trump and his Republican accomplices, was enough pretext for then-Vice President Mike Pence to unilaterally and unconstitutionally dismiss Biden voters from those states. After voter rejection prevented Biden from securing the necessary 270 votes, the election would have been returned to House representatives, with Trump ultimately declared the winner.

In order to give Pence the “courage” to void the election, Trump and his Republican co-conspirators rallied far-right supporters to come to the Capitol for the “Stop the Steal” protest on Jan. 6.

A separate article published on Tuesday by the Job reported that the Secret Service “pushed back…nearly two weeks of persistent pressure from Trump…to devise a plan for him to join his supporters on a march to the Capitol.” While the Secret Service apparently had yet to come up with a plan, once Trump declared his intention to join the crowd, the agency “sought to accommodate the president.”

The fact that Trump harassed the Secret Service for at least two weeks to provide him with a security plan that would allow him to march on Capitol Hill to help block certification of the election is the latest exposure of the agency’s lies. intelligence that Trump’s coup was unplanned.

The central theme for Biden and Democrats since the events of Jan. 6 has been the call for “unity,” by which they mean unity within the ruling class on the basis of war abroad and of an assault on the working class at home. They sought that unity even as the Republican Party voted against impeaching Trump and voting to call the attack on the Capitol “legitimate political speech.”

The refusal of the Biden administration and the DOJ to hold Trump and his accomplices accountable is rooted in their shared class interests. Both sides are beholden to Wall Street and the military-industrial complex.

A central concern of the Democratic Party is the continuation of the war. As Biden proclaimed in his State of the Union address in March: “Last year, COVID-19 pulled us apart. This year, we are finally together again” in the escalating conflict with Russia over Ukraine.

While many working and young Americans voted for Biden out of their well-founded hatred of Trump and on the basis of Biden’s promises to “end the pandemic,” since taking office Biden, a servant of the banks of Wall Street throughout his political career has reneged on almost all of his campaign promises.

Biden and Democrats embraced Trump’s “herd immunity” policies and ended all COVID-19 mitigation measures and pandemic-related unemployment programs. While there’s supposedly no money to fight the pandemic, Biden and Democrats in a ‘bipartisan’ fashion with their ruling class partners in crime have earmarked billions this year for police and government. military, including some $59 billion under the United States. NATO started the war against Russia.

Since the day of the coup, Biden and the Democratic Party have sought to whitewash the role of the entire Republican Party and large swaths of the US government in Trump’s coup.

The inability of the Democratic Party to defend democratic rights against the increasingly fascist Republican Party underscores that the only social force capable of stopping the danger of dictatorship is the working class, mobilized independently of the two parties of capital and armed with a socialist perspective.

The World Socialist Website is the voice of the working class and the leadership of the international socialist movement. We rely entirely on the support of our readers. Please donate today!

China in the South Pacific – Latest News – The Nation

India will simultaneously launch a human in space and a human in the ocean: Dr Jitendra – Latest News from Jammu and Kashmir | Tourism