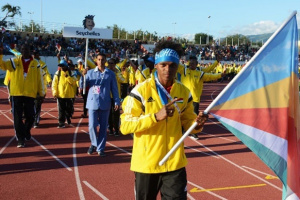 (Seychelles News Agency) – Madagascar has offered a total of 23 sports disciplines, including nine new events, for the 11th edition of the Indian Ocean Island Games which it will host in August 2023, the Secretary General of the Seychelles Olympic and Commonwealth Games Association (SOCGA) revealed on Tuesday.

Alain Alcindor made the statement to reporters during a press briefing on a meeting he attended in Antananarivo last week.

“At the moment, no timetable has been set for when everything will be approved, as it will only be revealed when the general and technical regulations are finalized,” said Alcindor.

Alcindor was one of three Seychellois delegates who attended the international gaming council (CIJ), where details of the 2023 games were presented to CIJ President Antonio Gopal, also a Seychellois.

the Indian Ocean Island Games is a multi-sport event held every four years between athletes from the Indian Ocean island nations of Mauritius, Seychelles, Comoros, Madagascar, Mayotte, Réunion and the Maldives.

Twenty-three sporting events is a higher number than seen in previous games. During the last competition in Mauritius in 2019, there were 14 sports disciplines as in Reunion in 2015. Madagascar will need at least three participating countries to support its proposal to the CIJ.

Sports officials did not have the opportunity to tour the games facilities during their visit, however, Gopal said Madagascar informed the committee that it is renovating several facilities and will also build an athletes’ village for the games.

“It will be the third time Madagascar will host the match and they have assured us that the facilities will be up to standard for the games and we hope they will be up to it,” Gopal said.

The games were originally scheduled to take place in the Maldives for the very first time in 2023, but were later moved to Madagascar after the Maldives pulled out for financial reasons. To date, only the Seychelles, Mauritius, Reunion and Madagascar have hosted the games.

In the last matches in Mauritius in 2019, the host country topped the medal table with a total of 92 gold medals, while Seychelles finished the games with 28 gold medals.