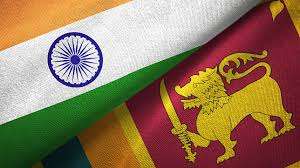 
One of the many aspiring goals of the Sri Lankan leadership has been to transform the country into “Asia’s shipping and maritime hub” by utilizing its strategic location in the Indian Ocean. Many measures have been taken by successive governments to achieve this goal, including the expansion of the port of Colombo, one of the busiest ports not only in Asia but also in the world, the operationalization of the free port of Hambantota and the development of other ports including the Kankesanthurai. (KKS) and the ports of Trincomalee.

India and Sri Lanka are separated by the 53 km long Palk Strait between the Tamil Nadu of India and the Jaffna district of the Northern Province of Sri Lanka. Due to the shallow depth of the strait, no large ships can pass through it and hence all ships have to bypass Sri Lanka if they want to reach the coastal ports of eastern India. This provides a huge advantage to Sri Lanka and the Port of Colombo. Most of the revenue collected at the port of Colombo comes from transhipment to India. The port of Colombo has handled over 5 million TEU (twenty foot equivalent unit) of containerized cargo. It has five functional terminals. The development of the Port of Colombo and the improvement of the overall port facilities in Sri Lanka are therefore particularly beneficial for India.

Meanwhile, Sri Lanka signed an agreement in 2019 with Japan and India to develop the Eastern Container Terminal (ECT) at the Port of Colombo. However, due to strong opposition from trade unions and activists, Sri Lanka abandoned the deal in early 2021 unilaterally, leading to sour relations with India and Japan. Subsequently, the ECT development contract was awarded to the Sri Lanka Ports Authority (SLPA). The terminal, which covers an area of ​​75 hectares, is 1,320 meters long. When completed, the SLPA will inherit a full-fledged terminal equipped with 12 STC cranes that handle ship-to-shore operations and 40 rail-mounted gantry cranes (RMG).

However, as if to cushion the impact of abandoning the agreement without honoring it, Sri Lanka then proposed a project to rebuild the West Container Terminal (WCT) from the port of Colombo to India and the Japan, to which only India responded rather positively. As a result, on September 30, 2021, Adani Group, headquartered in Gujarat, India, signed a Construction Operation Transfer (BOT) agreement with Sri Lanka’s largest listed company, John Keells. Holdings, and the Sri Lanka Ports Authority (SLPA) to jointly develop the WCT at the Port of Colombo. Under the 35-year BOT agreement, the Adani Group will hold the majority stake of 51%, John Keells 34% and SLPA 15%. If Adani Group can secure the transshipment business at the port of Colombo by developing the WCT, it would be essential as Indian cargo containers make up a significant portion of Colombo’s transshipment volumes.

Meanwhile, in June this year, the Sri Lankan government announced that the Indian government had provided $45 million in financial assistance to develop the Port of Kankesanthurai (KKS) in Jaffna.

After the port development is completed, it is planned to start direct cargo operations from India to KKS Port since the distance between India and KKS Port is less than that between India and Colombo. This should also reduce transport costs and also make it possible to bring food and fertilizer to KKS from India without hassle.

Following the signing of a Memorandum of Understanding (MoU) and Agreement on July 21 between India and Sri Lanka for the rehabilitation of KKS Port, wreck removal and salvage works of the project were inaugurated. Commenting on the development, the Indian High Commission in Colombo said India had allocated $19 million to a fully grant-funded project for wreckage removal work at Kankasanthurai.

In June this year, Sri Lanka also announced its intention to develop Trincomalee as an “industrial port” and will launch tenders soon. It was reported that India, which has already made a substantial investment in Trincomalee, would likely be interested in the proposal both as a business project and as a strategic investment.

Earlier this year, Lanka Indian Oil Company (LIOC), a subsidiary of Indian Oil Company, and Ceylon Petroleum Corporation (CPC) signed an agreement to develop a huge oil storage tank farm built in the port of Trincomalee during British rule. The oil storage facility is equipped with its own jetty. LIOC and CPC have formed a special purpose joint venture called Trinco Petroleum Terminals Ltd for the development of 85 tanks at the tank farm.

How do personal loans work?