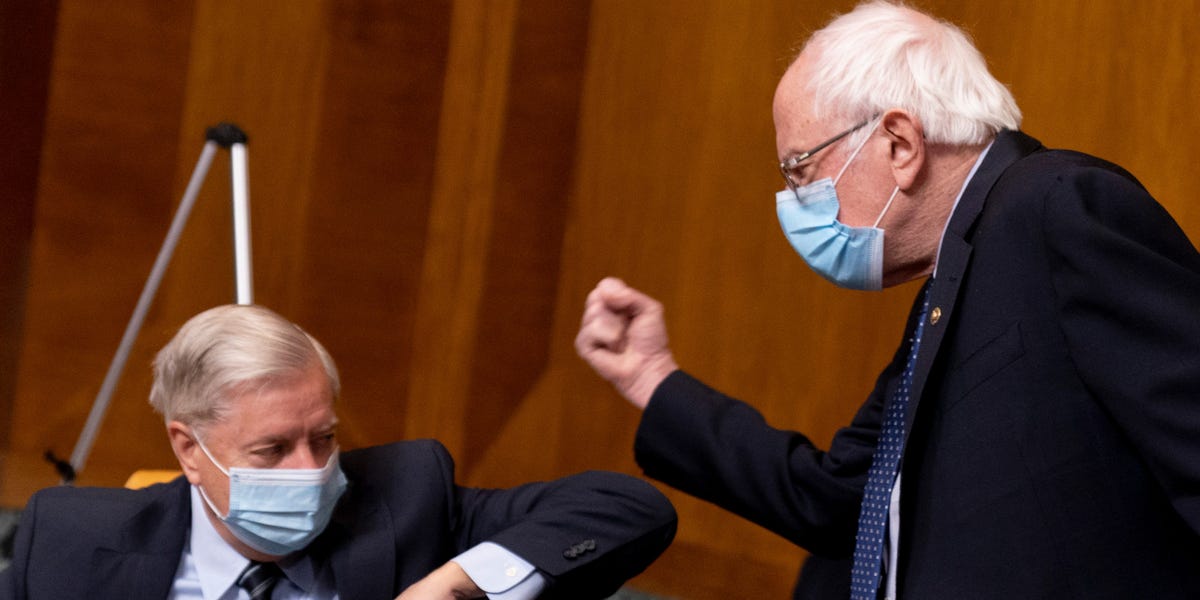 The senses. Bernie Sanders, an independent from Vermont, and Lindsey Graham, a Republican from South Carolina, will face off on economic policy on Monday in a live debate that is the first in a series between leading U.S. senators.

The debate will be an unusual duel between the most progressive member of the Senate and a southern conservative loyal to Trump.

The hour-long event, beginning at 12 p.m. on Monday, June 13, will be hosted by FOX NEWS Channel’s Bret Baier and will air on Fox Nation, a subscription video-on-demand service. It will also air on Fox News on Saturday, June 18 at 7 p.m.

“I think it will be fun,” Graham told Roll Call, joking that he accepted the debate because he had “nothing else to do”.

Sanders, a self-proclaimed Democratic socialist, said he looked forward to a “sharp discussion.”

The aim of the debate series, titled “The Senate Project”, is to “reintroduce the culture of seeking common ground and consensus that has been the essence of the Senate since its conception in 1789” , according to the Bipartisan Policy Center, which is launching the series with the Orrin G. Hatch Foundation and the Edward M. Kennedy Institute for the United States Senate.

“We hope this inspires policymakers to not only defend their views, but then work toward the example set by Senator Ted Kennedy and Senator Orrin Hatch for building bipartisan bridges,” said the Bipartisan Policy Center. . the ad says.

While the topic of debate is “the state of the US economy,” foreign policy and Ukraine will “most certainly” be part of the conversation, Steve Scully of the Bipartisan Policy Center told Insider. Scully said the topic has been broadened to give senators the leeway to move in a number of policy directions.

Both senators are former presidential hopefuls who serve on the Senate Budget Committee, Sanders as chairman and Graham as top Republican.

“I hope it’s fun and hopefully informative,” Graham told Roll Call. “I love Bernie, and we’ll find out – maybe there are some things even we agree on.”