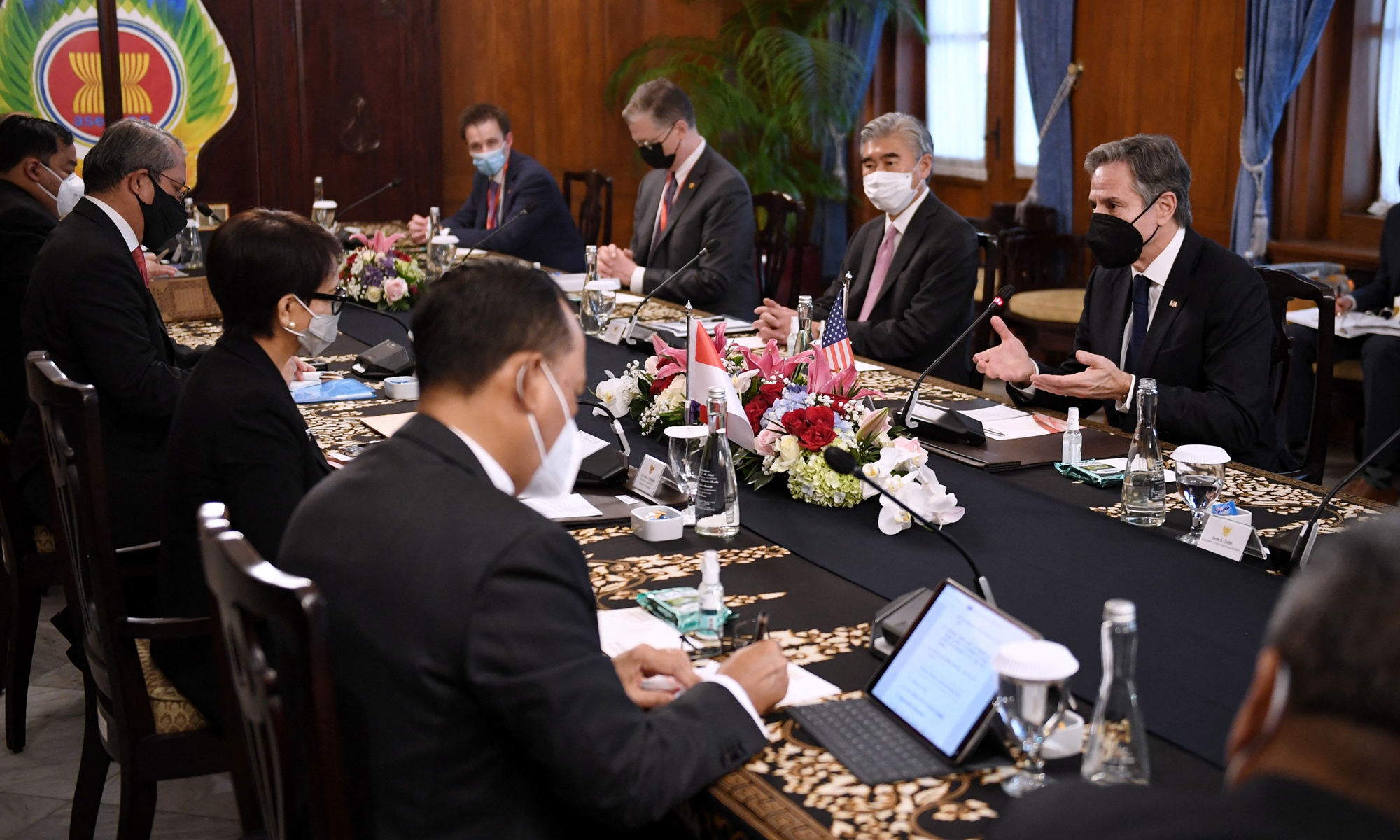 US Secretary of State Antony Blinken couldn’t wait to sabotage China’s relations with Southeast Asia in his speech Tuesday in Jakarta, Indonesia, touting the South China Sea disputes and the China’s “threats” to the regional economy, while promising to improve the economic situation and security cooperation with the region.

China’s “aggression” in the South China Sea has threatened more than $ 3 trillion in annual trade and is a source of growing concern. “This is why Beijing’s aggressive actions are causing so much concern – from Northeast Asia to Southeast Asia, and from the Mekong to the Pacific Islands -” Blinken said in a speech. at the University of Indonesia.

Blinken said the United States “will advance a free and open Indo-Pacific” in which “issues will be dealt with openly, the rules will be established transparently and enforced fairly, goods and ideas and people will flow freely.” “

If the United States is serious about playing a constructive role in promoting peace and development in the Asia-Pacific region, as it claims, it should sincerely respect the ASEAN-centric regional cooperation architecture, instead to draw ideological lines, to create small cliques and to encourage the confrontation of the blocs. Chinese Foreign Ministry spokesman Wang Wenbin said on Tuesday in response to Blinken’s speech.

It should respect efforts by China and ASEAN members to maintain peace and stability in the South China Sea, instead of frequently sending ships and planes to the South China Sea to beef up and provoke troubles. He should be a promoter of dialogue and cooperation in the region, instead of a saboteur who widens the rifts between countries in the region and undermines regional solidarity and cooperation, Wang said.

While trumpeting the so-called “Chinese threat,” the United States has said it does not want a conflict with China. Such a contradictory approach is not in line with the spirit of the meeting between Chinese and American heads of state and will be hardly recognized by countries in the region, Wang said.

Whatever rhetoric he uses, experts noted that the region would maintain a rationality in handling relations with China and the United States in terms of regional interests, as it is clear that the United States has intend to use them as strategic tools to contain China.

These fine slogans of “democracy”, “rules” and “freedom” are but a disguise of the ill-intentioned strategy of the United States to amplify and provoke regional disputes in order to enable them to engage in deeper interference. in the region and to make regional countries rely more on the United States, observers said.

The United States thinks Indonesia is one of the most powerful countries with disputes with China over the South China Sea, but it is wrong because Indonesia would not want to become a “battleground” for Chinese-American competition, Zhuang Guotu, Xiamen University’s director for Southeast Asia Studies Center, the Global Times told the Global Times on Tuesday.

Zhuang said Blinken’s speech was “nothing new” from what he said during his trip to Japan and South Korea.

The South China Sea card would be played even more harshly after Blinken’s move from Indonesia to Malaysia, Chen predicted, noting that those countries would however remain reasonable in the face of the US provocation.

However, China and Malaysia have denied any “deadlock” between the two sides. Malaysian officials have also told media that the appearance of US warships in the region will cause errors in judgment and affect regional peace and stability.

Media and observers also poured cold water on Blinken’s visit ahead of his arrival.

A Reuters report on Monday also exposed the United States’ lip service on economic cooperation with Southeast Asia, noting that the United States had shown its desire to step up engagement with Asia. Southeast through a series of high-level visits this year, but they did not respond to China on the economy.

And while Blinken is expected to woo countries by dangling the prospect of welcoming US companies relocating from China as part of efforts to secure sensitive supply chains, there was no sign of a willingness to do so. provide the increased access to the U.S. market that the region needs, the article says.

China is the most important country around Indonesia, and the economic cooperation of the two countries has progressed smoothly, such as the construction of the 21st Century Maritime Silk Road. Many previous American administrations and officials, like the Trump administration and the Obama administration, had made big pies on Indonesia, but they weren’t real after all. Indonesia knows that cooperation with China is more pragmatic and fruitful than relying on the United States, Zhuang said.

It is virtually impossible for the United States to cooperate with Southeast Asian countries without China, as the region has to import many items like cotton and electronics from China, said Chen Xiangmiao, deputy researcher. at the National Institute for South China Sea Studies.

Victoria Outlook: an extended pre-Christmas surf series on the way