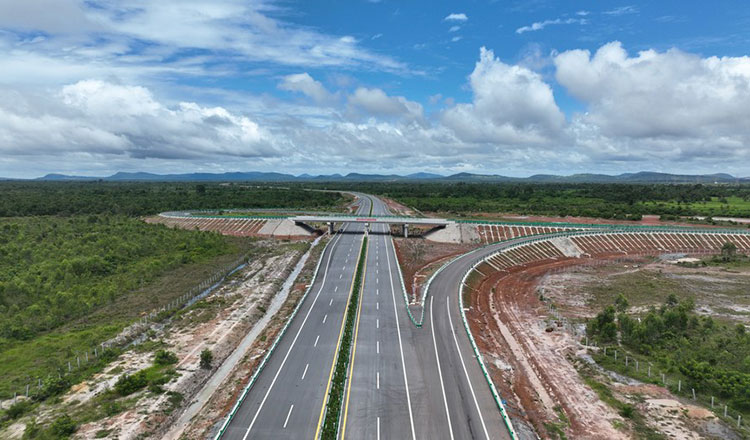 The Belt and Road Initiative (BRI), a global infrastructure development strategy adopted by China, has helped address infrastructure gaps in Cambodia, an economist has said.

He was speaking at a hybrid seminar jointly organized by ISEAS – Yusof Ishak Institute and Cambodia Development Research Institute.

Presenting the paper at the seminar entitled “The Belt and Road Initiative in Cambodia: Costs and Benefits, Real and Perceived”, Menon said economic relations have been strengthened by Cambodia’s active participation in the BRI since its created in 2013.

Noting that China is Cambodia’s largest bilateral donor, lender, investor and trade partner, he said the country’s participation in the BRI has boosted competitiveness, supported productivity improvement and contributed to strong economic growth. (7% on average) before the pandemic.

He also pointed out that there are no significant debt trap issues for the country as, at the end of 2021, Cambodia’s total debt was $9.5 billion, of which 42.7% were due to China. It was about 15% of GDP, he said.

However, he also highlighted some BRI-related costs, including concerns raised about environmental impact, land grabbing and associated livelihood losses.

“The BRI has also been associated, directly or indirectly, with the development and transformation of the port city of Sihanoukville,” he said, adding, “The competitiveness of the tradable goods sector may be hampered by the appreciation real exchange rate due to massive inflows”. FDI – Dutch disease type effects.

Menon also said the benefits seem to outweigh the costs in Cambodia.

Early signs show that project implementation is becoming more environmentally friendly,” said Menon, who previously worked with the AfDB as a senior economist.

He said, however, that major concerns about insufficient environmental impact assessments and resettlement programs remain. Menon also said growing reliance on a single country for economic and non-economic needs carries obvious risks. “But the government has been careful to avoid crowding out aid and investment from other sources,” he said.

A Xinhua report released earlier this year quoted Cambodian officials and experts as saying that projects under the BRI had significantly boosted the Cambodian economy and improved the livelihoods of local people.

“These projects have brought and will continue to bring many tangible benefits to the Cambodian economy and people,” Vasim Sorya, undersecretary of state and spokesperson for the Ministry of Public Works and Transport, told Xinhua.

“BIS projects here are sincere and unconditional, and their aim is to help boost our socio-economic development and improve the livelihoods of our people,” he said.

Despite the impact of the Covid-19 pandemic, all BRI projects in the country have progressed steadily, Sorya said, giving an example of the construction works of the $2 billion Phnom Penh-Sihanoukville expressway.

The BRI, a reference to the Silk Road Economic Belt and the 21st Century Maritime Silk Road, was launched by China in 2013 to build trade and infrastructure networks linking Asia to the Europe and Africa on and beyond the ancient Silk Road trade routes.

Under Secretary of State and Department of Commerce Spokesperson Penn Sovicheat told Xinhua that the Sihanoukville Special Economic Zone (SSEZ) is a perfect example of win-win cooperation under the BRI.

“The SSEZ has provided a lot of jobs for workers and served as a model for cluster industries and a base for exports,” he said in the report.