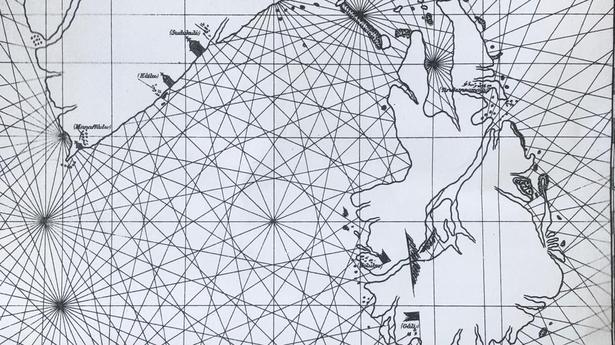 China’s interests in the Indian Ocean have grown under the “One Belt, One Road” initiative. The OBOR consists of two elements; namely the Maritime Silk Road Initiative (MSRI) and the Silk Road Economic Belt (SREB). It is a massive geopolitical project that aims to build landscapes to allow the flow of trade and investment by “promoting economic cooperation and connectivity” between Asia, West Asia, Africa and Europe.


Over the past thousand years, many emerging powers have frequently attempted to capture and centralize these trade routes, only to find that they end up dealing with the same Indian Ocean merchant families – prosperous families in the Persian Gulf , in East Africa, the Indian peninsula, the Bay of Bengal, Sri Lanka, the Maldives and other small island states.

For centuries, the navigators, shipowners and merchants of the Indian Ocean have been the guardians of all the trade routes that crisscrossed their ocean. From the ports and harbors of Bahr Faris (Persian Gulf) and up the Swahili coast in the west to the ports and harbors in the far east to Malacca. The coasts of Gujarat and Malabar to the Bay of Bengal in the north and the island states in the south of the ocean. Hundreds of ports and thousands of families were linked by shipping and trade, marriage and love.

As a Battuta and a Sri Lankan fan, I now read Ibn Battuta in Sri Lanka. His book, The Rihla, tells of his voyages to the Maldives and all the trading ports of the Indian Ocean, and is perhaps the best representation of the port towns, types of ships, goods traded and merchant families of the early days of the route dhows.


The resilience of the ports around the Indian Ocean and their hinterland is due to their small size. Their small boats, dhows and dhonis, rose and fell in tonnage with the trade available. Their navigators were master sailors with extensive knowledge of the winds, currents, reefs and shallows of the seas. Their merchants had an extensive network of trade credit connections and connections in every Indian Ocean port. Their political connection and ability to influence state policy was and still is not comparable to any other pressure group.

Recent Chinese attempts to consolidate Indian Ocean trade routes under the Road and Belt Initiative have yet to materialize. The host countries of the Belt and Road ports have gone or will go bankrupt, defaulting on their sovereign debt. Sri Lanka is in default, East African port countries look fragile and Pakistan is on the verge of sovereign default. Attempts to consolidate and centralize economic activities in port hubs remain a series of white elephants, scattered across Indian Ocean rim countries, while underperforming infrastructure debt is sundering local economies and livelihoods .

There could be an argument for economies of scale and mega ports. This argument rarely holds water when small, robust units with more flexibility and agility produce more inclusive and sustainable returns. Attempts to restructure the debt of Indian Ocean port cities and pursue the same mega infrastructure programs must not be the future vision of Indian Ocean states.

In one form or another, the Indian Ocean states still retain their maritime heritage. There are many national and private shipping lines. Tradeable goods are in abundance. Vessel type, hybrid wind and fuel propulsion can bring more efficiency. Revitalizing regional trade networks will not only benefit the economies of struggling port cities but also help maintain peace and stability in the Indian Ocean.