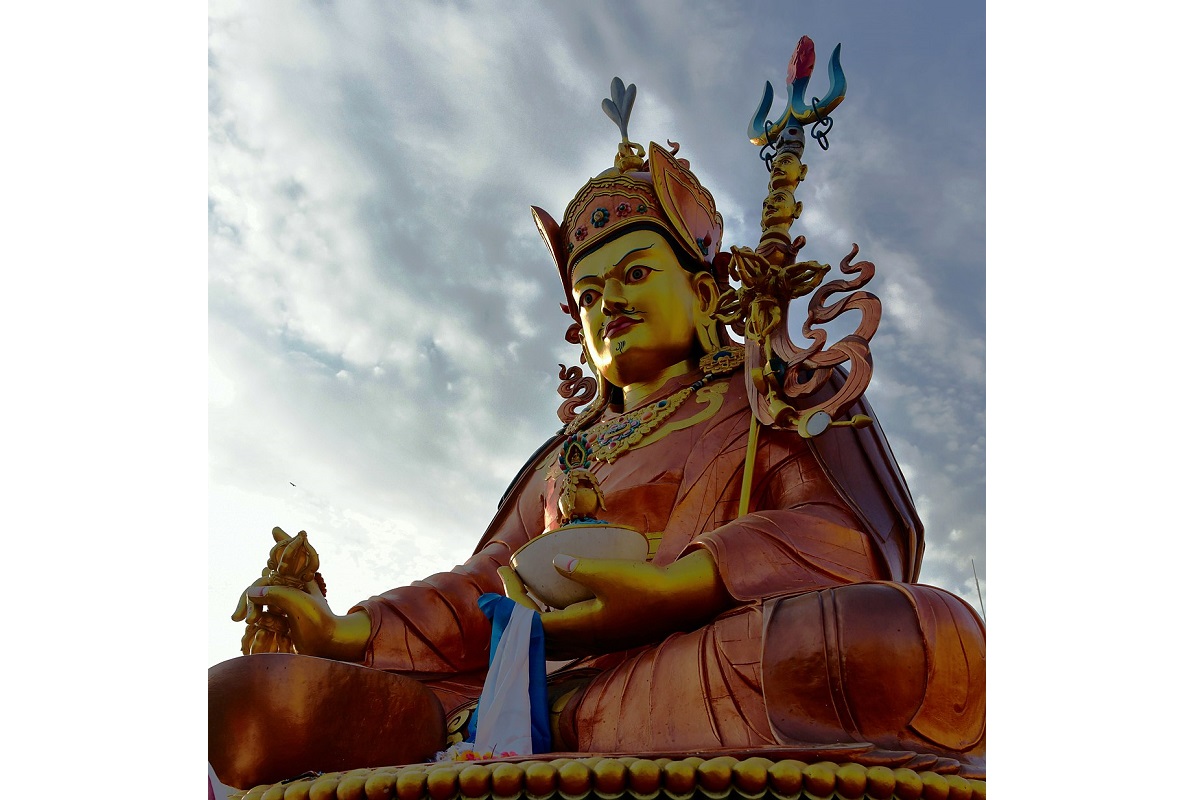 The Chinese government has demolished the Tibetan Buddhist Padmasambhava statue, built six years ago to eradicate the religious traditions of Tibetans.

Sangyal Kunchok, writing in Radio Free Asia (RFA) said it was the third Tibetan Buddhist statue to be destroyed in the past three months since December.

It was razed in late January, sources living in exile and satellite images revealed.

“This is the second massive destruction in Drago in January alone,” a Tibetan living in exile told RFA’s Tibetan Service.

RFA reported that another three-story statue at another Drago monastery was destroyed in early January, just weeks after authorities toppled a 99ft Buddha statue just 900 meters (2,700). A three-story structure is about 40 feet tall.

Satellite imagery of Chanang Monastery taken on October 3, 2019 shows the site of the Padmasambhava statue which stood three stories tall, but an image taken on February 25, 2022 shows the destruction of the statue as indicated by circular objects on the ground. , said Kunchok.

“Although there was no explanation of the reasons for its destruction, it is in line with the Chinese government’s policy of demolishing Tibetan religious sites in the region,” the exiled Tibetan said.

“Although the Chinese authorities warned that they would demolish the statue last year, one of the lamas at the monastery had documents supporting the importance of the statue, so the demolition has been pushed back to a later date. later,” the source said.

Meanwhile, Chinese authorities are drawing up regulations to justify the demolition of Tibetan statues, another Tibetan exile told RFA.

“When the Chinese government demolished the 99-foot Buddha statue and the three-storey statue of Maitreya Buddha at Gaden Namyal Ling Monastery in Drago, they came up with incredible justifications such as the height of the statue was not appropriate …or that it was blocking the way within the monastery compound,” the second source said.

“But this statue of Padmasambhava does not interfere with the monastery, so it is obvious that it can only be the Chinese government’s encroachment on the religious freedom of Tibetans,” the second source said.