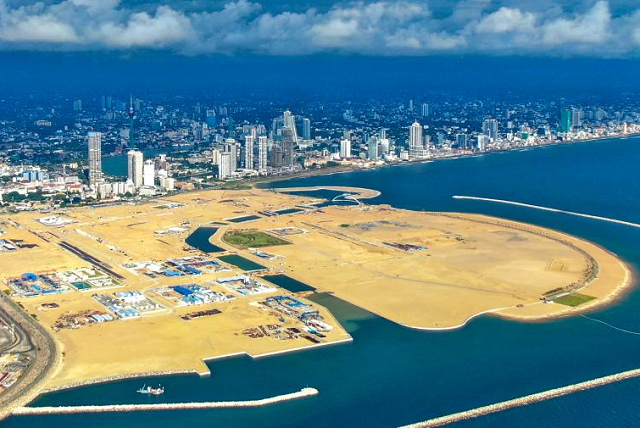 Mutual benefit and win-win cooperation to overcome difficulties is the enduring vision of China-Sri Lanka exchanges.

Sri Lanka has recently suffered its worst economic crisis since its independence in 1948 and continued social unrest. Shortages of energy, food and medicine, among other things, have led people to take to the streets in mass protests. The Sri Lankan New Year, celebrated on April 14 this year, brought no respite from the tense situation in that country. Faced with escalating conflicts, China will do its utmost to help Sri Lanka overcome the difficulties.

The COVID-19 pandemic has dealt a severe blow to tourism, Sri Lanka’s most important foreign exchange earning industry. Related services such as aviation, hotels and restaurants have all declined and tourism receipts have gradually dried up. Exports of labor abroad are also affected. Faced with the unstable world situation, its main export products such as rubber, black tea and jewelry have become marginal products in the overseas market. A combination of these factors has led to a severe shortage of foreign exchange reserves, resulting in shortages of food, fuel and medicine.

Meanwhile, the outbreak of the Russian-Ukrainian conflict has pushed Sri Lanka’s economic crisis to a head. Soaring world oil prices have disrupted Sri Lanka’s crude supply system. In addition, 45% of Sri Lanka’s wheat imports come from Russia and Ukraine, and more than 50% of its imports of sunflower oil, sunflower seeds and soybeans come from Ukraine. The Russian-Ukrainian conflict has pushed agricultural prices beyond the economic reach of the country’s population.

Under the continued impact of the pandemic and war, Sri Lanka is scrambling to seek help from the world. The International Monetary Fund (IMF) said on April 21 that talks with Sri Lanka over a possible loan package were at an early stage and that any deal would require “adequate assurances” that the island country’s debts could be discharged. on a sustainable path. Furthermore, India has pledged to fully support Sri Lanka’s deliberations with the IMF, including accelerating the fund’s lending expansion. Meanwhile, India has extended a billion dollar line of credit for food, medicine and other basic necessities in Sri Lanka. Indian Foreign Secretary Harsh Vardhan Shringla recently reiterated that Sri Lanka is a priority as a neighbor for the Modi government.

Additionally, during the fourth Sri Lanka-US Partnership Dialogue held in Colombo in March, the United States pledged to provide $19 million in five-year project assistance to the program. green energy from Sri Lanka, but did not mention how to help Sri Lanka overcome the current crisis. economic crisis.

Although separated by mountains and oceans, China and Sri Lanka communicate all the time. The ancient maritime Silk Road and its location in the Indian Ocean have made Sri Lanka a crucial crossroads between major Asian civilizations. At present, the steady implementation of the Belt and Road Initiative has led to closer exchanges between China and Sri Lanka.

On April 19, Xu Wei, spokesman for the China International Development Cooperation Agency, said China has taken note of Sri Lanka’s economic difficulties. As a traditional friendly neighbor, China will provide emergency humanitarian assistance to Sri Lanka to help it cope with current difficulties. Humanitarian aid should not be misinterpreted by some Western countries, and the hype of a “debt trap” will not harm the friendship between Sri Lanka and China.

Despite the current economic crisis in Sri Lanka, according to the World Bank, revenues generated by telecommunications and financial services have increased by 32% and 28% during the pandemic. Meanwhile, the throughput of Hambantota International Ports Group, a joint venture between China and Sri Lanka, issued a briefing document on July 13, 2021. Despite the impact of COVID-19, cargo volume at the port of Hambantota maintained substantial growth of more than 180% year-on-year in the first half of 2021, indicating that the port’s development is on the fast track.

Mutual benefit and win-win cooperation to overcome difficulties is the enduring vision of China-Sri Lanka exchanges.

Dai Yonghong is Dean of the School of Foreign Languages ​​and Director of the Institute of Area Studies and International Communication at Shenzhen University. The article reflects the views of the author