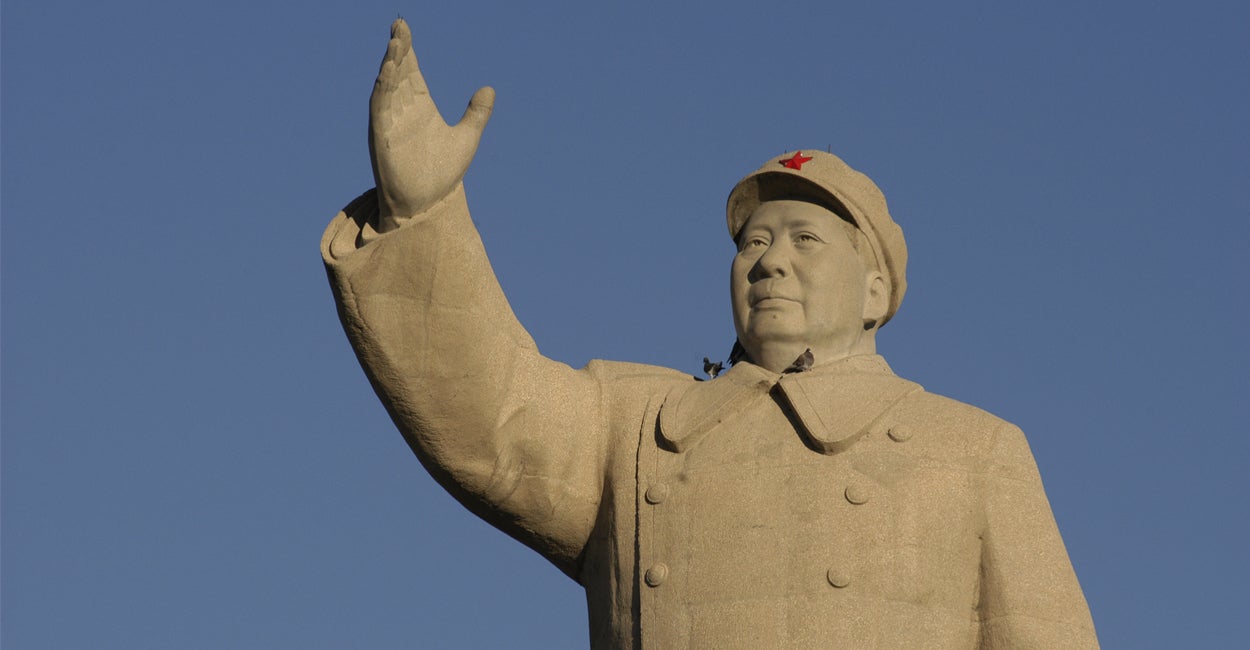 China’s 100 years of humiliation have left an eternal mark

When you search “Why is history important?” On Google, the answer you get is that “studying history allows us to observe and understand how people and societies behaved.” While history does give us a glimpse into the past, it also gives us the opportunity to make inferences about the present and the future. This is especially true for China.

In studying the past, history serves another important purpose: to prevent the mistakes of the past from happening again. In the case of China, this reason is extremely important. President Xi Jinping’s Chinese dream of a “great rejuvenation of the Chinese nation” by 2049 is an effort to regain what China lost in the 19th century, and in this way, also a way to correct the mistakes of the Chinese nation. pass.

It all started with Britain’s triumph over China in the First Opium War of 1839-1842, which culminated in the first of the Unequal Treaties, causing China to abandon Hong Kong to the British. . And everything went downhill from here. For the next 100 years, in the so-called Century of Humiliation (1839-1949), China’s history has been marked by corruption, rebellion, famine, poverty, and fiscal struggle.

As the Western powers, through their intervention and submission, were to blame for China’s “stolen” imperial greatness, a new mentality of anti-Western sentiment emerged. Newspaper articles, history books and television shows perpetuated and commemorated this anti-Western sentiment and the pain of losing both territory and power.

Sun Yat Sen, the nationalist revisionist known as the father of modern China, aroused the desire to return to “old China” and reclaim the “lost lands”, rooting a desire for military security, the fear of falling in the hands of foreign powers, and the need for economic domination in the ambitions of the Chinese state.

By nature, in order to prevent foreign intervention and ensure security, a strong army is essential. Without the solid foundation of a powerful and efficient army, all governmental, economic, technological and diplomatic aspirations are impossible.

Recognizing that military defeat sparked the turn of the century of humiliation, Chinese officials prioritized military advancement. Since 1949, the Chinese military has grown from a weakened state to one of the most powerful armies in the world.

The Chinese military is now a dangerous threat to the nations to which it was once vulnerable; even the most powerful armies in the world see the Beijing People’s Liberation Army as a threat. Through constant modernization and military progress, China has ensured that Xi’s goal of having an army “capable of fighting and winning wars” was achieved.

However, Xi categorizes all of these improvements as being for defensive purposes only, apparently an effort to ensure that China never falls victim to military defeat again.

China fears not only military inferiority to foreign powers, but also commercial inferiority. While almost a century ago trade in China caused violence, chaos and widespread opium dependence, China today sits at the top of world trade.

Due to advantages such as low cost of labor, land and capital, China has established itself as “the factory of the world”. With an estimated amount of $ 2,641.27 billion, or 18.42% of gross domestic product, export value, China is the world’s largest exporter of goods (including in lucrative industries like computers and hardware. telecommunications).

In pursuit of global dominance in high-tech, China only hopes to increase its already large number of exports, pursuing the “Made in China 2025” plan to turn China into a “manufacturing superpower.”

Not only does China provide needed goods to nations around the world, but it also benefits from global supply chains. Referring to an era of ancient splendor, Xi’s Belt and Road Initiative aims to connect Asia with Africa and Europe through land and sea networks with the aim of expanding trade, foster economic development and improve regional connectivity.

In this way, the Belt and Road initiative serves as a modern version of the Silk Road and once again places China as the Middle Empire and the center of international trade.

Despite a shift towards global integration through the Belt and Road Initiative, China, still haunted by its past, remains suspicious of relations with foreign powers. In response to the United States’ severance of access by some Chinese companies to high-end semiconductors (an essential component of many technologies), China’s 14th Five-Year Plan, promulgated in March 2021, stresses the need growing technological autonomy. and scientific sectors.

A key element in Beijing’s quest for self-sufficiency is an economic “dual circulation” strategy, which seeks to reduce dependence on foreign markets.

Although China has taken the domination of trade and achieved its military prowess, China has yet to achieve redemption in the territory it claims to have lost in the century of humiliation. Although it talks about peace with its neighbors, the Chinese territory is plagued by fueling disputes with a series of neighbors, including Taiwan, Japan and countries bordering the South China Sea.

While the sources of China’s behavior cannot be narrowed down to just one factor – ideology, domestic political maneuvering, and the economy are all important – one thing is clear: China is determined never to repeat its mistakes. past, especially those that led to the Century of Humiliation.

Even though the wrongs suffered in the past are often used to rationalize China’s current bad behavior, it would be wrong to dismiss them as propaganda. They sound too good. This is why the regime uses it.

Do you have an opinion on this article ? To ring, please send an email [email protected] and we will consider posting your amended remarks in our usual “We Hear You” section. Be sure to include the URL or title of the article as well as your name and city and / or state.

Burnt? Here’s how to feel better