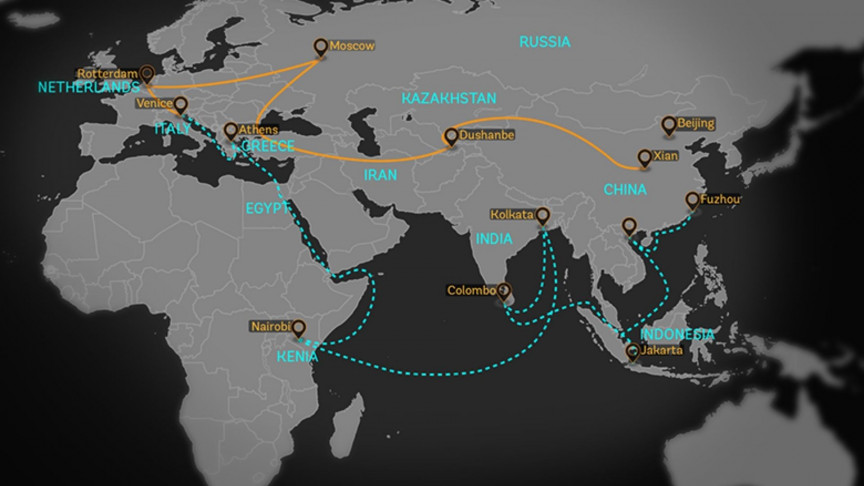 Announced in 2013, the One Belt and One Road initiative is an ambitious infrastructure project aimed at connecting more than 100 countries via a sea route and a route to China. After taking giant strides, the project, known as the Belt and Road Initiative (BRI), is now losing momentum, according to a study. Spanning a four-year period, the AidData study analyzed 13,427 Chinese projects that even included those from the pre-BIS era to come to this conclusion.

Aiming to revive the Silk Road, the project is financed by the Asian Infrastructure Investment Bank (AIIB), of which China is the main player. The AIIB planned to allocate more than 1 trillion yuan ($ 160 billion) for the construction of ports, rail tunnels, dams, skyscrapers, coal-fired power stations, and other construction projects. infrastructure in low- and middle-income countries (LMICs) while a Silk Road Fund has been established to finance businesses.

The report also states that through the BRI initiative, China planned to secure resources that were not present within its borders. The loans are guaranteed against future exports of raw materials that the recipient countries will make. However, the lending activity has been “shrouded in secrecy”. In a 2020 report on the BRI, the Council on Foreign Relations (CFR) said that the BRI’s investments required recourse to “Chinese companies” which often inflated costs; Following such complaints, Malaysia canceled $ 22 billion worth of BRI projects in 2018, which included a rail link and gas pipelines.

AidData reports also indicate that Chinese state-owned commercial banks have made “larger” investments in the BRI and that the number of projects funded by them tripled in the first five years of the project. On the receiving side, debt is directed to public enterprises, banks and even private sector institutions in LMICs with some government protection. Although this is not reflected in the sovereign debt of these countries, 42 LMICs now have debt that exceeds 10% of their GDP, according to the report.

In addition, megaprojects under the BRI have encountered more opposition than those in which China participated before the BRI. AidData suggests that 35 percent of projects faced issues related to corruption, labor violations, environmental violations, and even public protests.

Business Insider reported that Kazakhstan and Bolivia have canceled BRI projects worth at least $ 1 billion each, while $ 3.3 billion of projects remain on hold or are canceled in Costa Rica, Sudan, Ethiopia, Ethiopia. Ecuador, Zambia and Cameroon combined.

The BRI project is losing momentum even after China has spent around $ 85 billion a year on these projects. AidData says it’s at least twice as much as the United States or other countries spend on overseas projects. Major world powers are expected to increase spending after announcing the “Build a Better World” campaign in June this year, Business Insider reported.