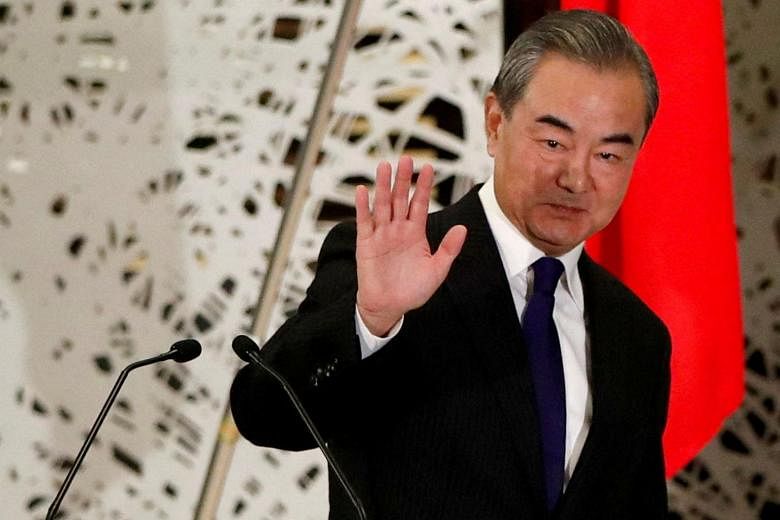 NEW DELHI – Chinese Foreign Minister Wang Yi will be in the Maldives for a two-day visit starting Friday, January 7, a trip closely watched by New Delhi amid an “India Out” campaign led by a prominent politician be pro-China in this country.

The Indian Ocean is at the heart of a long-standing struggle for influence between China and India, which sees the region as part of the wider neighborhood.

After the Maldives, Mr. Wang will travel to Sri Lanka, another trip that will be closely scrutinized in New Delhi, as part of his tour of countries bordering the Indian Ocean.

In the Maldives, where China is considered to have economic and military interests, Wang will meet with his counterpart Abdulla Shahid and pay a courtesy visit to President Ibrahim Mohamed Solih.

“The visit (…) will commemorate the 50th anniversary of the establishment of diplomatic relations between the Maldives and China,” said the Maldives’ foreign ministry.

India has watched with concern the growing Chinese footprint over the years in countries like the Maldives and Sri Lanka to the south and Nepal and Pakistan to the north.

As ties between India and the Maldives deepen under the Solih administration, Mr. Wang’s visit comes at a time when former Maldives President Abdulla Yameen has done everything to support the “India Out” campaign, which has been simmering for three years, mainly on social networks. media.

Mr. Yameen was released from house arrest in November after a high court overturned his conviction for money laundering and embezzlement for insufficient evidence. He has since returned to politics and is leading the “India Out” campaign, which propagated that India was seeking a military presence that would compromise the sovereignty of the Maldives.

In a statement, the government of Maldives criticized the attempt of a “small group of individuals and a few politicians” to spread “false and unfounded information to spread hatred against India, one of the partners. bilateral agencies “closest to the country.

In New Delhi, political observers will examine whether Mr. Wang meets Mr. Yameen, whose tenure as president has seen ties with India deteriorate but closer ties with China.

“It will be interesting to see if Yameen is invited to official celebrations, pending his ongoing trial in a second money laundering case… Even more interesting to note is whether the visitor meets or wants to meet Yameen,” he said. said MN Sathiya Moorthy, director of the Chennai chapter of the Observer Research Foundation.

Also for the Maldives, which subsists on high-end tourism recovering from the pandemic, a key aspect of the visit will be discussions on economic ties with China and its exposure to Chinese debt, estimated at more than one billion US dollars (1.35 billion Singapore dollars).

The Maldives, which is part of China’s Belt and Road Initiative (BRI), has a total and state-guaranteed public debt of $ 5.6 billion at the end of March last year, or about 125% of its estimated GDP for 2021, according to the World Bank. . The bank estimated that the Maldives remains exposed to a high risk of global and external debt distress.

“Naturally, the two sides will discuss economic cooperation, which will boil down to Chinese funding for Maldivian projects. In this era of Covid-19, the Maldives are not in a position to decline offers of aid from any source. The Maldives might also want a postponement or additional concessions… to pay off outstanding debts, ”Mr. Moorthy said.