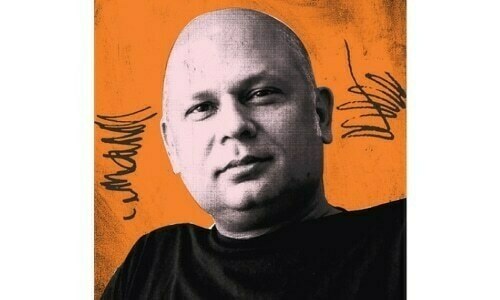 Looking for dusty old books that no one else had picked up from dark shelves for many years, my schoolmate Robert Nieuwenhuijs and I frequented old central London pubs and occasionally slipped a few into our bags.

We were conscientious enough not to pick up new books, or ones that didn’t have a dust film or thin cobwebs stretched around them. New or not-so-new books had to be purchased either from Judd Books, an outlet near Russell Square, or from our school bookstore.

At that time, Amartya Sen had become very popular on college campuses after receiving the Nobel Prize in Economics in 1998. Therefore, Robert and I bought his writings from our school bookstore.

In 1999, Sen was invited to give a lecture at our university — the London School of Economics and Political Science — where he had previously taught for many years. The Peacock Theater was packed as Sen spoke to faculty members and graduate students for – if I remember correctly – a little over an hour, trying to explain his Nobel Prize-winning work.

It was 22 years later that I heard Sen speak again: last year he came to an online memorial reference for journalist and human rights activist IA Rehman, hosted by Ashis Ray, another journalist and author.

Sen began by recalling his encounters with Rehman on different occasions and praised his writing and wrestling. He ended his remarks by saying that one of his wishes will always remain unfulfilled because of Rehman’s death: “I wish I could sit at Rehman Sahib’s feet and learn more from him.”

Only a great man could have paid such tribute to another great man. This characteristic humility and quest for knowledge is found throughout Sen’s memoir, Home in the World.

The first thing that strikes in the book is Sen’s ease with language in explaining his life, his philosophy, history as he understands it, the theoretical issues of economics, and the possible analyzes to which he subscribes.

The specificity of the language used for a particular discipline makes it inaccessible to those who are not trained in this discipline. Sen deals with economics and philosophy as Edward Said deals with colonialism and literature, and Carl Sagan and Jacob Bronowski deal with astronomy and science. Bringing expert information into the wider public domain is what I call the democratization of knowledge.

Secondly, it is rare to find memoirs – more so in Pakistani languages, but also sometimes in English – where such attention has been given to providing notes and references on people’s opinions and writings, as well as on events and incidents cited in the book. For a dissertation of approximately 460 pages, the notes and index occupy 56 pages.

The 26 chapters of Home in the World are divided into five parts. There are flashbacks here and there, but the transitions from chapter to chapter, and game to game, are very smooth.

Sen begins with the idea of ​​why one should only have one place defined as home, or one food that is the person’s favorite. He professes his belief in the plurality of identity to begin with. Then, he evokes the years of his childhood in Dhaka in Bangladesh and in Mandalay in Myanmar, the memories of his immediate family and his grandparents who initially shaped his vision of the world, his natural environment, his hopes and his aspirations, his interests and passions.

His mainstream modern schooling had a 10-year interlude when he spent time at Bengali poet Rabindranath Tagore’s Shantiniketan, the institution that nurtured his desire to understand ancient India through a systematic framework. He seems fascinated by the Vedas, especially the Rig Veda. However, it should be mentioned that Sen also remains interested in the Buddhist and Muslim cultures of the Indian subcontinent.

While in Shantiniketan, Sen witnessed the 1942 famine in Bengal under British rule and the suffering it inflicted on people. He was then barely 11 years old. Much later, this is what led him to develop his approach to the right to famines.

He talks about partition, the plight of Bengali Muslims, the thinking that led to the creation of Bangladesh, and colonial relations between Britain and India.

He tells an anecdote when he tried to meet Cyril Radcliffe who, in 1947, drew the dividing lines between Pakistan and India. After reluctantly agreeing, Radcliffe called off the meeting at the eleventh hour.

Sen continues to write about his time in Kolkata [Kolkata] where he began to delve into serious theory as a student. He remained part of the “Marx-obsessed world that accompanied our daily coffee” in Calcutta. While this reinforced Karl Marx’s influence on him – which he had largely inherited from his family and from reading Marx earlier – he was also able to develop a critique on the issue of the lack of organizational capacity vis-à-vis saw the richness of ideology.

In 1953, Sen arrived in England to study at Trinity College, University of Cambridge. Many years later, he will become a master in the same college.

He told many anecdotes about his trip, his new friends, hosts and landlords and his first problems when settling in. In one place he mentions that there were no Pakistani or Indian companies in Cambridge at the time. There was a forum called ‘Majlis’ where he, along with Mehbubul Haq, Rehman Sobhan and others used to hang out.

Sen returned to India and worked there for some time. He returned to England in 1972. Since then he has taught in the UK and USA. He criticized the works of others, but never failed to remain compassionate towards those who devoted themselves to scholarship.

Sen is a quintessential South Asian. He remembers his trip to Karachi and Lahore with immense fondness. An obviously latent message in the book is its desire to see a plural, inclusive, friendly and strong South Asia.

The columnist is a poet and essayist. He recently edited Pakistan Here and Now: Insights into Society, Culture, Identity and Diaspora. His latest collection of verses is Hairaan Sar-i-Bazaar