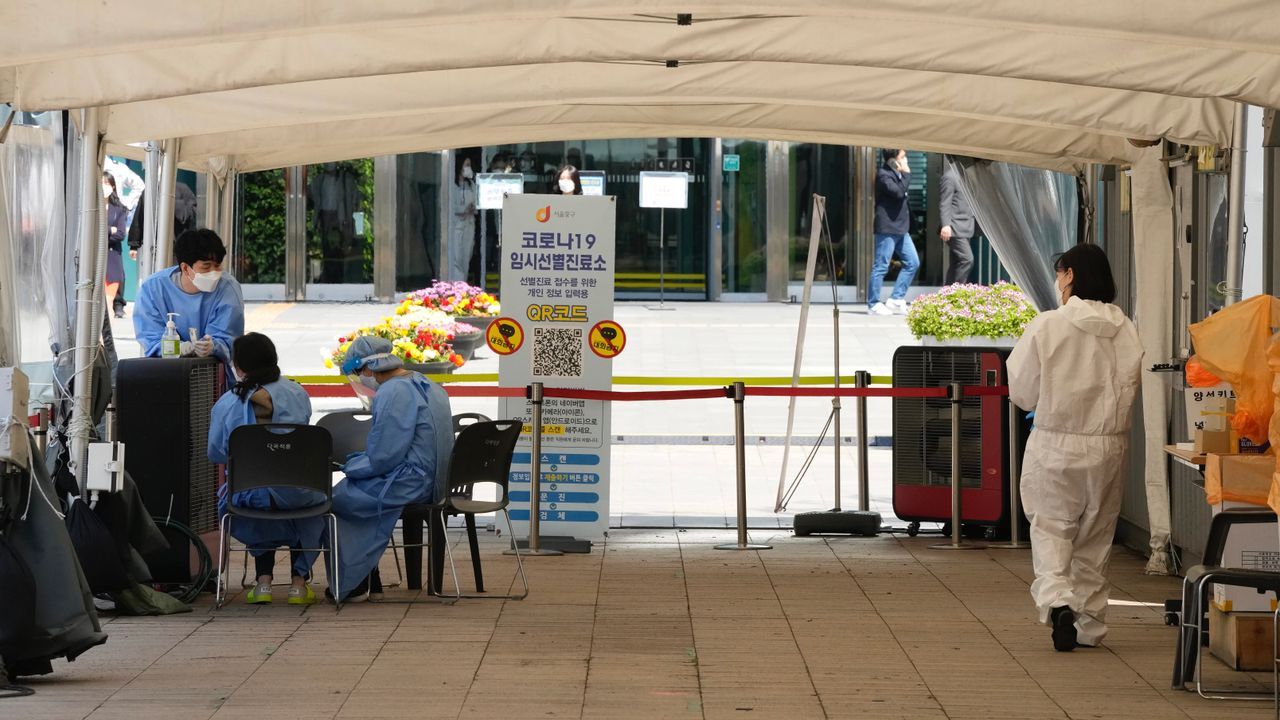 COVID-19 cases are rising in Japan and South Korea, fueled by the more contagious, vaccine-avoiding BA.5 Omicron subvariant. The governments in Tokyo and Seoul, however, continue to refuse to implement serious measures to stop the spread of the deadly virus. Instead, they have made it clear that keeping the economy open and extracting profits from the working class trumps saving lives.

Japan, in particular, is experiencing its worst surge since the start of the pandemic. On July 28, the county recorded 233,066 daily cases, more than double the previous record set in February. Nearly half of Japan’s 47 prefectures are reporting record highs, indicating widespread infection across the country. In a week from July 22 to 28, Japan recorded 1,283,378 cases, more than any other country in the world.

However, Prime Minister Fumio Kishida’s government has made it clear that there will be no going back even to the limited mitigation measures put in place during the early stages of the pandemic. Shigeru Omi, the head of a government panel on COVID-19, reported to Prime Minister Kishida on July 11 that “if everyone does what they can do, there is no need at this stage to impose movement restrictions”.

In other words, Tokyo is blaming individuals for not stopping the deadly pandemic, despite the fact that people still have to go to work and school, while using crowded public transport systems and by being forced to sit in crowded offices and classrooms.

Workers who must interact with large numbers of people, such as those on public transport, are subject to widespread infection, while exposing countless others who depend on buses and the metro. Some bus companies have started restricting their hours of operation, not to try to prevent the spread of COVID, but because too many drivers are testing positive.

The government’s refusal to put in place health measures also exposes claims that Tokyo needs to amend the constitution to include a state of emergency clause to deal with situations like the pandemic. In reality, such a clause is not intended to deal with health crises or other serious threats to people’s lives, but to pave the way for police state measures, with an amendment that would restrict the rights democratic.

Predictably, the hospital system is already overwhelmed by the strong growth in new cases. Hospital beds are full across the country, forcing patients to stay home. As of July 29, four prefectures had hospital bed occupancy rates of 70% or more, with Okinawa Prefecture, the poorest in the county, at 88%. In addition, the occupancy rates of 20 prefectures are above 50%, which has an impact on normal medical care.

Another record for the week-long period to July 24 was that more than 2,600 people suspected of being infected with COVID-19 were unable to access the immediate ambulance transport they needed.

Seoul health authorities also lifted nearly all mitigation measures with no intention of implementing new ones, even as daily cases topped 100,000 for the first time in three months on July 27, with a total of 100,285. The seven-day average through July 29 stood at 77,571 cases per day. In addition, several cases of the new BA.2.75 subvariant have also been discovered in addition to the surge in BA.5 cases.

Dozens of people continue to die every day, with the official death toll exceeding 25,000 on Saturday. Most of those who died did so this year, following the lifting of mitigation measures by the previous administration of Democrat Moon Jae-in.

In an indication of what may be in store, when Omicron last surged in March, the number of excess deaths for the month stood at 18,818, of which 9,034 people officially died of COVID-19. Among the other people included in the total excess deaths were undoubtedly many people who could not be tested and receive treatment, or who did not receive necessary medical attention for other conditions. .

The only requirement still in place is an indoor mask mandate. In a symbolic move, President Yoon Suk-yeol’s government recently said it would send officials to indoor facilities to ensure people continued to wear masks.

The government has also made the hollow suggestion that facilities like after-school academies, known as hagwon, close and only offer online courses. However, without any government support, almost all academies remain open and students are regularly infected.

A teacher in a hagwon in the densely populated Seoul metropolitan area told the World Socialist Website, “Almost every day, a student, or a family member, reports being infected. It is impossible to properly ventilate the classrooms in our building as most have no windows. We also can’t go to Zoom classes because the South Korean education system is so competitive that parents are afraid their children will fall behind. The government knows it. »

The real considerations for Tokyo and Seoul are to ensure that huge profits continue to flow into the pockets of big business. In May, Japanese firm SMBC Nikko Securities reported that 1,323 major companies listed on the Tokyo Stock Exchange made 33.5 trillion yen ($249 billion) in net profits for fiscal 2021, topping a record 30,000 billion yen ($223 billion). in 2018.

In South Korea, the country’s four national banking groups – KB, Shinhan, Woori and Hana – all posted record profits in the April-June period, bringing in a total of 9 trillion won ($6.9 billion). of dollars). That easily surpassed the previous record of 4.63 trillion won ($3.6 billion), set in the first quarter of the year.

Workers, however, face falling real wages as inflation soars. Japanese workers have suffered from wage stagnation for more than 20 years. Their real wages fell 1.8% in May. South Korean workers are also experiencing a decline in real wages, with consumer prices rising 6% in June.

Join the fight to end the COVID-19 pandemic

Someone from the Socialist Equality Party or the WSWS in your area will contact you shortly.

The Andaman and Nicobar Islands in India: An Introduction