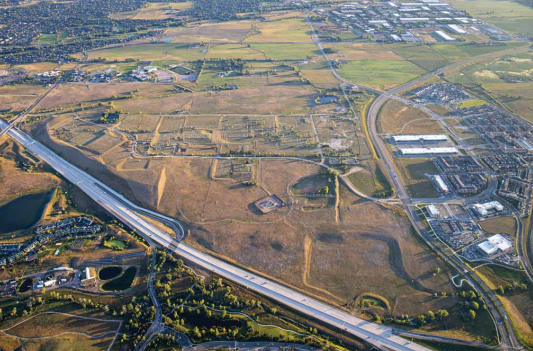 The Louisville Planning Commission must act to ensure that Redtail Ridge fully complies with city code now and in the future. Brue Baukol, the developer, recently announced a pivot to biotechnology. City code requires that developments “promote the health, safety, convenience, order, prosperity, and welfare of present and future residents of the city.” Questions must be asked and answered.

Biotechnology can mean many things. An online dictionary defines biotechnology as “the exploitation of biological processes for industrial and other purposes, especially the genetic manipulation of microorganisms for the production of antibiotics, hormones, etc.” At the University of Colorado, biotechnology includes computational biology and the following types of engineering: aerospace—bioastronautics; Chemicals and Biologicals — Biomaterials, biopharmaceuticals and tissues; electricity, computing and energy — optics, nanostructures and bioengineering; and Mechanical-Biomedical. We need to know what Brue Baukol means by biotechnology.

The property is currently a planned community zoned district with a PUD-C commercial overlay. Generally, industrial activity requires industrial PUD-I overlay. Here, however, the permitted uses probably allow for some industrial activity. But in my opinion, the applicant cannot convert a PUD-C/commercial overlay to a PUD-I/industrial overlay by the backdoor (i.e. using one of the 13 permitted uses to completely modify the character of Redtail so that it is exclusively or mainly industrial). If this were allowed, no developer would ever request a PUD-I/Industrial Overlay. This section of the Code would become meaningless, leaving concerns about pollution, congestion and utilities unaddressed.

It is the job of the planning commission to ask enough questions to determine if the planned biotechnology center is truly commercial. Otherwise, the general layout plan must be modified so that the current commercial PUD-C/Commercial coating is replaced by an industrial PUD-I/Industrial coating.

As a supporter of the Library District, I would like to comment on one of its main challenges: the addition of a new tax for individuals and businesses. It is a real concern. And the burden will be more difficult for those with limited means. But, at the same time, it will be the residents themselves who stand to benefit the most from full funding.

There are solutions. Both the city and the county have taxing and spending tools to help address inequities. County commissioners and city council members need to think and act creatively: find ways to offset factory tax for those in need.

Over the decades, we have found compelling reasons to express community values ​​and achieve community goals. I think members of council and county commissions who oppose the district will be surprised – and hopefully shamed – that even those with limited resources will overwhelmingly support taxes from which they can see immediate, direct returns and beneficial.

A fully funded library system is a remarkably efficient, and virtually unlimited, investment that pays dividends in our collective future, but, more importantly, it is an investment in each of our children and grandchildren. The constituents of the library district will see it, I believe.

If the district passes, everyone will have the opportunity to take credit for a lasting, positive legacy of public engagement that delivers powerful benefits to current and future residents. What Andrew Carnegie, the father of modern public libraries, wrote about libraries more than a century ago is true today: “On no other foundation than that of popular education can man erect the structure of an enduring civilization.”

It’s time for a third party? Or even a fourth? How exceptional we are with our two-party system! Not that I am advocating the creation of a dozen or more splinter parties as seen in some other countries. But having just two can cause extreme splits with little room, at least these days, for practical compromises that serve the people. I remember learning that a two-value orientation leads to simplistic black-and-white decision-making. Something is right or wrong, right or wrong. There is no room for nuance. But perfection is not a human characteristic. Thus, shades of gray are almost always appropriate.

Consider Liz Cheney, now reviled by her own Republican Party. Ouch! She comes from Wyoming, the reddest state in the country. Yet her keen sense of the importance of democracy over Donald Trump’s ego-driven lie about the stolen 2020 presidential election has made her a pariah for many Republicans, and her role as vice chair of the House Investigative Committee on Jan. 6 will likely cause her to lose her primary for Congress. I think she should turn her back on Congress to found a Conservative Party of America. Such an organization would provide a more comfortable political home for principled Republicans like Nelson Rockefeller, Dwight Eisenhower and George HW Bush. It would give centrist Republicans — the RINOs according to those on the hard right — a place of their own. In fact, up to a third of current Republicans would likely move there.

And while we’re at it, I’d like to see Senator Bernie Sanders and Congresswoman AOC establish the Democratic Socialist Party of America as the fourth official political organization. Life is about change, and here is a suggestion for political transformation that I believe would prevent us from tearing our country apart. What do you think?