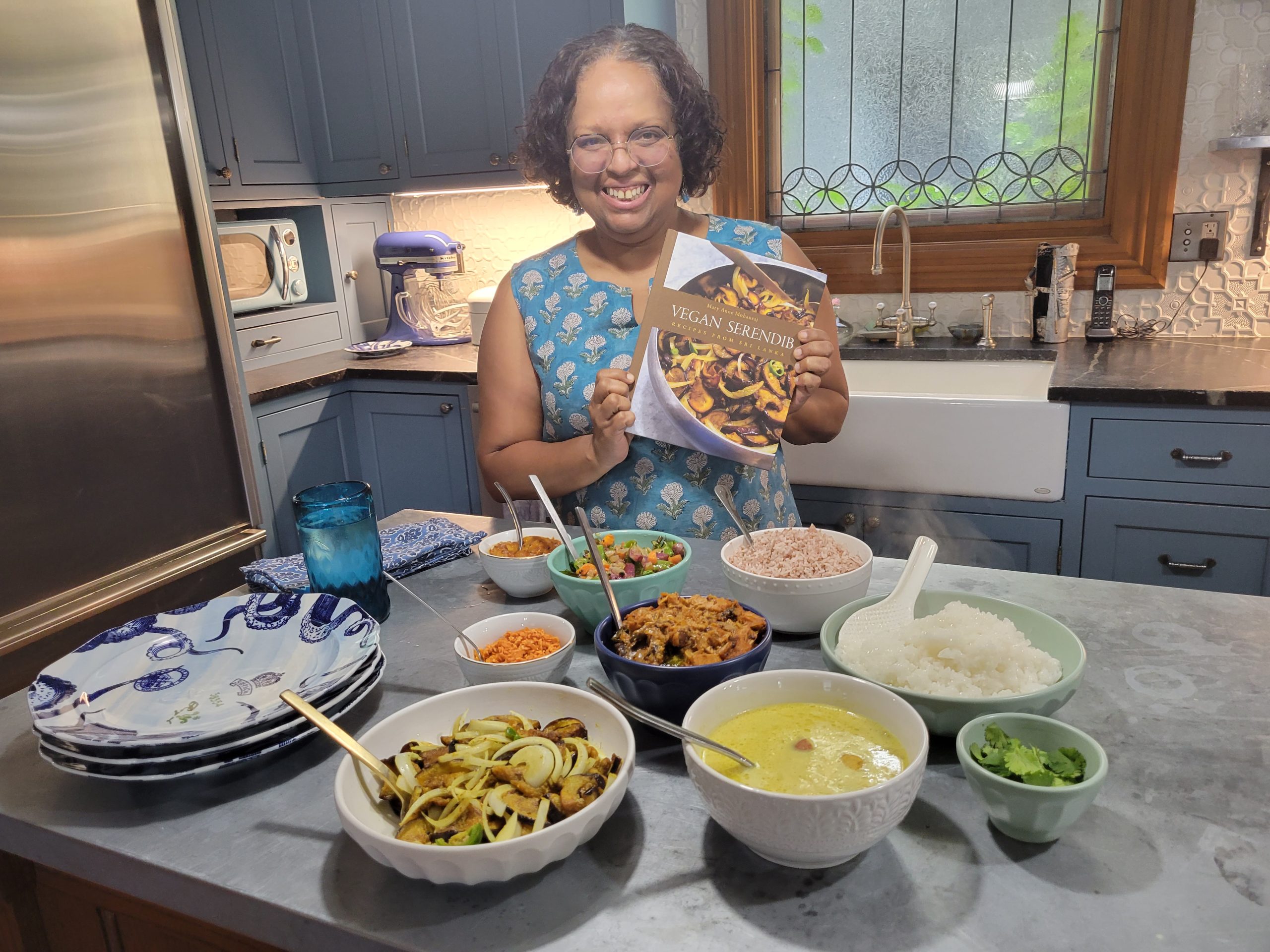 Oak Park resident, novelist, scholar and current District 97 school board member Mary Anne Mohanraj emigrated from Sri Lanka to the United States with her family when she was just two years old. She spent her childhood enjoying her mother’s Americanized versions of Sri Lankan starters, snacks, pickles and sweets.

Mohanraj took a close look at his mother’s cooking methods and eventually added to his own culinary repertoire. Her arsenal of recipes has turned into a Sri Lankan food blog. As interest in his culinary writings continued to grow, Mohanraj focused on developing recipes in greater detail. Over time, she turned her distinct culinary memories into a collection of Sri Lankan recipes for American cooks titled Feast of Serendib.

Mohanraj’s research-driven approach to recipe development has made the book a reliable introduction to Sri Lankan cuisine for adventurous home cooks and a solid resource for Sri Lankan families hoping to recapture their culinary traditions at home. home. After spending the summer of 2021 researching, the avid author has completed an adaptation and expansion of the same book for vegan home cooks.

“It was good for me to have something to focus on, but the pandemic changed my approach,” Mohanraj said. “Normally I would do a lot of cooking and meals together with my loved ones, but I spent a lot of time researching online and cooking at home.”

Filled with hundreds of recipes, Vegan Serendib, is a celebration of the nuanced sweet, sour and salty flavors of the South Asian island, but shy away from meat-laden dishes. Sri Lankan cuisine, however, naturally lends itself to the vegan diet. The island has a large Buddhist population who follow a plant-based diet rooted in healthy grains, legumes, fruits, and vegetables. Vegan coconut milk is largely responsible for the richness of Sri Lankan curries, whether they contain chicken or chickpeas.

Encouraged by the fact that many recipes from her homeland are inherently vegan, Mohanraj drew more on the memories of a college friend who was a “moral vegetarian”.

“She loved food and eating, but often felt left out in mainstream restaurants,” said Mohanraj, who is not a vegetarian. “When people come to my house, I want them to be able to eat everything.”

She discussed the inclusion of colorful and impressive Rosappu Pachadi (rose petal salad) inspired by the roses that grow in the green hills of Sri Lanka, but was also quick to point out that some of the dishes included in the book might be less photogenic. but no less delicious. than its flowery counterpart.

“This curry is brown food at its best,” Mohanraj said as he opened the book to Kaliya Kari’s recipe, an eggplant, plantain and potato curry. “It doesn’t photograph well, but it really is one of the best recipes here and represents the Muslim community in Sri Lanka.”

Mohanraj recently brought Vegan Serendib’s table of contents to life in a colorful kitchen display. She delved into her fridge to produce a solid collection of curries, pobriyal, sambol and sothi. Complex spices, chilli heat, lots of onions, red rice and jackfruit (in varying degrees of ripeness) came together in a kind of symphony of flavors on one plate.

As we ate it became clear that none of the recipes served by Mohanraj were trying to replicate a dish they weren’t meant to be – authenticity is at the heart of everything she does. served and every recipe in her cookbook.

As we dined, she chatted about adding squash to traditional dishes, discussed the convenience of canned jackfruit, showed me the device for making string hoppers, and talked about her adventures in making marshmallows and ice cream. His passion for Sri Lankan cuisine is as boundless as the complexity of his mushroom and jackfruit curry.

Vegan Serendib is available for pre-order at serendibkitchen.com/vegan-serendib-2/. For those who already own Taste of Serendib, the 40 new vegan recipes are sold as a mini-book with Taste of Serendib on the Mohanraj website.