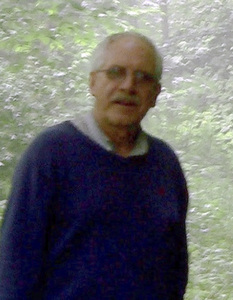 Dr. Jörn Karl Rolf Bramann, 83, of Cumberland, died Monday, January 31, 2022 at Egle Nursing and Rehab Center.
Born December 21, 1938 in Wuppertal, Germany, Jörn was the son of the late Karl Emil Hans Bramann and the late Johanna Marie (Benz) Bramann.
He is survived by his beloved sister, Ute Bramann and his life partner, Ulfried Shulze; nephew, Bodo Shulze; grandnephews, Björn and Malte Spille; and her great-nieces, Marika-Clara and Inga Spille.
Jörn received his Master of Arts in 1965 from the University of Wyoming at Laramie.
He then completed his doctorate in philosophy at the University of Oregon in Eugene in 1971, then accepted a position at Frostburg State University where he taught philosophy until his retirement in 2010.
His teaching interests included Wittgenstein, Marxism, Philosophy and Art, and Philosophy and Poetry.
He often used contemporary films to illustrate philosophical ideas.
Many of his former students fondly remember him as a teacher and friend.
A prodigious reader and writer, Jörn is the author of several books, both scholarly (“Wittgenstein’s Tractatus and the Modern Arts”) and autobiographical (“Walden Zero”), and several plays, some of which he has produced on video (“Buddhist Lovers and Other Troubles”).
He also produced a number of video feature films and episodes for local public television (“Living in the Country”).
In 1981 Jörn started the literary journal “Nightsun” as a forum for philosophical discussions and writings.
He has edited several anthologies of philosophy and poetry; and he translated contemporary German fiction and poetry.
He was multilingual and traveled extensively in Europe, Mexico, and Central America, chronicling which he wrote and videotaped, and kept a diary throughout his life.
Jörn also enjoyed spending part of each year in Arizona where he enjoyed the company of his many friends and pursued his interest in Native American culture.
He lived and traveled as simply and lightly as possible, being rooted in the great philosophers of Western culture, from the Socratic method to Wittgenstein.
He was an avid chess player and videophile and was always up for a game or a lively discussion about a good movie or book.
He loved spending time with his good friends.
Jörn was also a cyclist and loved long walks, in nature or in a museum.
He was both a collector and creator of visual art and poetry.
He loved music, especially jazz, classical, and space or minimalist music.
But he especially loved the silence and the sound of the wind in the trees.
A commemoration in his honor will take place this spring, the place and date will be announced.
Expressions of sympathy may be made by making a donation to the Great Allegheny Passage Conservancy at http://www.gaptrail.org/ in Jorn’s name.
Adams Family Funeral Home, PA, 404 Decatur St., Cumberland, is handling arrangements.
www.AdamsFamilyFuneralHome.com.

The clouds of war are creeping over the Falklands, and this time it could be a lot more dangerous