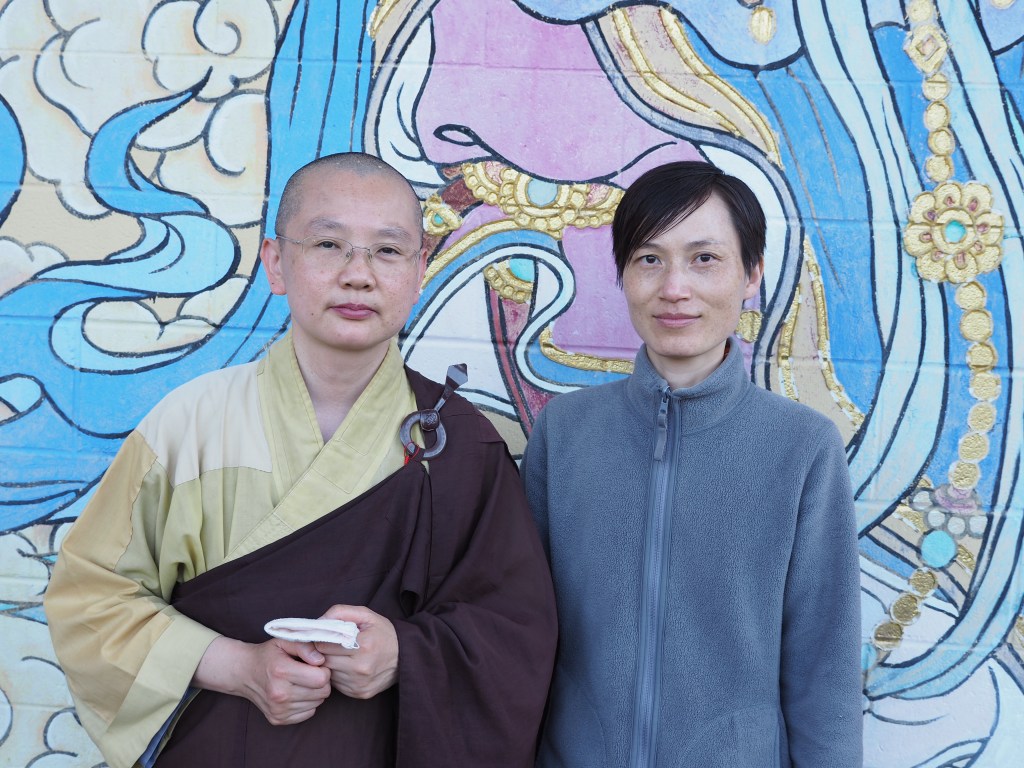 For more than two thousand years, translation has been an indispensable part of the history and transmission of Buddhism. When Buddhism arrived in China from India, one of the most important tasks was the translation of Buddhist scriptures from Sanskrit into Chinese.

After two successful pilots, the two-semester Graduate Certificate Program in Buddhist Translation at Dharma Realm Buddhist University (DRBU) in Talmage – the only one of its kind in the United States – is fully underway.

The one-year program offers students the opportunity to immerse themselves in ancient oriental languages â€‹â€‹at the graduate level with a program that integrates the translation of Buddhist texts with study, practice and service in a monastic setting. Similar to DRBU’s Bachelor of Arts in Liberal Arts and Master of Arts in Classical Buddhist Arts at DRBU, this program focuses on reading and discussing classical primary texts with an emphasis on self-transformation.

The program consists of five courses: an introduction to the theory and practice of past and present translation; methods and theories of interpretation; a seminar focused on the appreciation of Buddhist, Chinese and Western classics; a Buddhist Chinese course; and a practical translation workshop.

With a doctorate in Buddhist Studies from UCLA, Bhikshuni Heng Yi Shi entered the monastic order of the City of 10,000 Buddhas in 1993 and became a fully ordained nun in 1995.

Founding Director of the Buddhist Association of the Dharma Realm (DRBA), following the vision of her late teacher, Venerable Master Hua, who swore to bring Buddhadharma to the West and translate the Buddhist canon into the languages â€‹â€‹of the world, she is the Director of the Graduate Certificate Program in Buddhist Translation.

â€œThis survey gives us very rich information as we examine Tibetan, Chinese and Indian concepts from different angles. The more research information students know, the more exposure they are to the materials, the better they can respond to a wide range of readers.

In Self-Class Hermeneutics, students study the biographical stories and personal translation experiences – through dialogue and reading diaries – of those who inspired them to become translators.

â€œIn addition, through in-depth study of the primary sutra text, students progress toward self-transformation,â€ she adds.

â€œWe like that students are exposed to a lot of different texts to train their brains; you never know what kind of translation will be presented to you.

In their reading seminar class, students are trained to improve their translation skills through careful reading of texts covering Western, Chinese and Buddhist classics.

â€œThe program is designed in such a way that we complement each other. For example, Xuan Ooi, a recent graduate of the program, is close to being a native English speaker; his Chinese needs support. For Xiajuan Shu, another recent graduate of the program, her mother tongue, like me, is Chinese and we both need support in English. If we translate from Sanskrit to English, we support each other. This is how group translation works, â€she says.

Xuan Ooi lives in South Florida in his family home and has been in the online translation program for a year.

She received her master’s degree from DRBU and stayed on to become a member of the cohort of seven students who piloted the second year of the program. Although Chinese is her first language, she has lived in the United States for over 20 years, has an undergraduate degree in English, and is fluent in English.

With her formal education, she focuses on the English side as she relies heavily on other group members to study Chinese translations.

â€œWe want people to be able to read and understand the texts we have translated, to know that a lot of the information comes from different traditions. How do you match the reader with all this cultural and historical information? To make it readable and understandable in English? ” She says.

â€œWhile studying for my masters, I learned a lot about how to treat myself – how to solve my problems, say, for example, loneliness. Using Buddhist texts, I was able to write about the experience of openness and unfolding.

â€œI signed up for the translation program because I wanted to immerse myself, continue to be held accountable, and maintain and cultivate my own spiritual practice.

Xiajuan Shu, born and raised in China, enrolled in the same master’s and translation programs as Xuan Ooi, and was able to complete her studies on the campus in the city of 10,000 Buddhas.

Growing up in China, she focused on American culture but, â€œcoming here, I realized how much I missed my own culture. Because of the Cultural Revolution, my generation was completely cut off from our traditional values; being in the United States has given me a great opportunity to look back and really appreciate it, â€she says.

â€œMy dream was to express myself through writing and speaking, but it was cut off because the Chinese education system is so focused on science and grade levels. Studying here not only gave me a deeper meaning in life, but also reconnected me to the roots of Chinese culture and my love, my passion, for the language.

â€œDRBU has been a hidden gem for me; the two years of the masters program brought me to a deep place, intellectually and spiritually. I just got a taste of something so wonderful and staying in the translation program, in a way, saved me. I could buy another year to think about what I really want to do with my life.

Due to his language training, studying Dharma, Buddhist texts, Xiajuan Shu mainly works on translating from classical Chinese to English.

â€œWith the double translation, I find a very intimate link with the text. As a translator, I not only have to understand what the text means, but I have to find a way to express it in the target language so that others can understand it.

â€œSometimes translators understand it themselves but don’t know how to express it, or they may be able to express it in one language but not another. This is yet another layer where a lot can get lost – so much has to be adapted to the target language and culture.

â€œI love the challenge of the program and the opportunity to deepen my understanding of the text. I have to go in depth, read it many times; it depends on the context – sometimes we spend two or three hours analyzing a sentence or a word.

â€œTo be a good translator we have to be good practitioners and that requires us to expand our hearts and minds to understand all that this source material encompasses.

â€œIn the group dynamic, I see myself much more clearly. Sometimes I am too attached to my ideas; sometimes I am too shy to express what is true in me. I constantly dance between the two extremes – a translation that emphasizes the middle lane constantly reminds me of being a good practitioner.