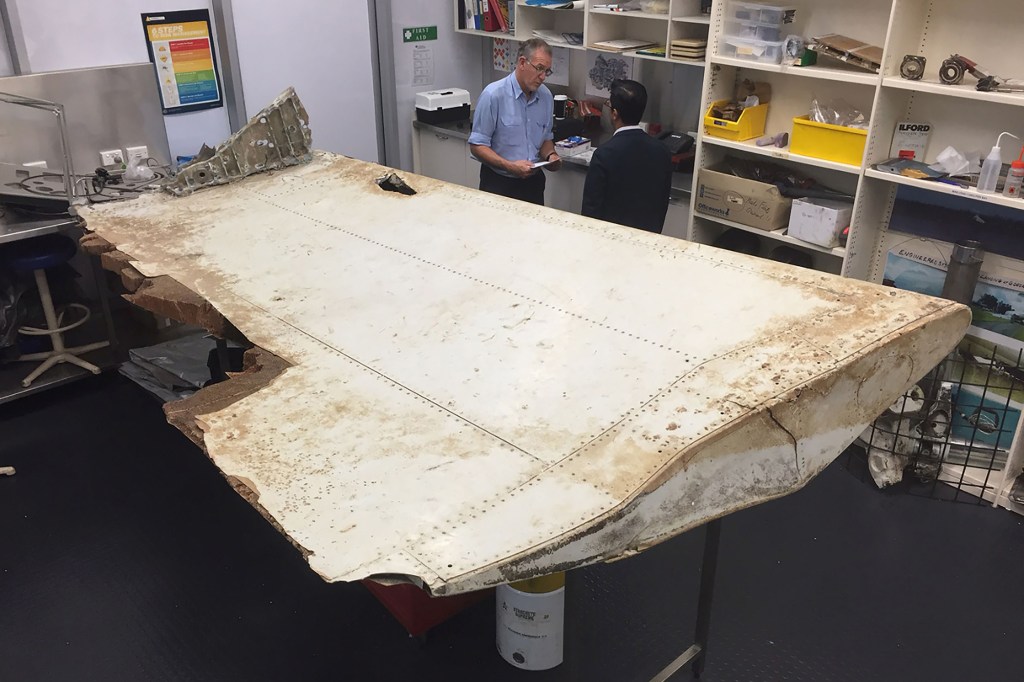 An engineer claims he used a computer program to discover that flight MH370 was put on hold for 20 minutes before disappearing.

The doomed plane was en route from Kuala Lumpur to Beijing in 2014 when it went missing with 239 passengers on board, triggering one of the biggest aviation mysteries of all time.

Richard Godfrey followed the flight path of the Boeing 777 using WSPRnet – which uses radio signals – and claims to have made a major breakthrough.

He says the plane was put on hold for about 22 minutes near the coast of Sumatra, an Indonesian island, reports AirlineRatings.

Godfrey says that by using WSPRnet he has been able to track all planes since 2009.

The engineer also claims he will be able to trace the MH370 to its final resting place by the end of this month.

He said: “What I discovered, without looking for it, was that the MH370 entered a race track holding pattern at around 19:12 UTC.

“I was surprised to find that not only did the MH370 enter a holding pattern, but the holding pattern lasted approximately 22 minutes until 19:34 UTC.

“Upon entering the holding pattern, the MH370 was at 150 nm [nautical miles] from the coast of Sumatra and 40 nm from the 2nd Arc.

There have been a number of theories surrounding the plane’s disappearance, including that pilot Zaharie Ahmad Shah, 53, committed a mass murder-suicide.

Godfrey’s claims raise questions about why Shah would put the plane on hold.

The British aerospace engineer said: “If the pilot’s goal was to make the MH370 disappear without a trace, then why waste fuel on a holding pattern and why not head straight to the furthest area? possible from the Indian Ocean without deviation. “

The aviation detective went on to discuss claims that Shah simulated a flight at his home where he flew a plane in the Indian Ocean “until the fuel ran out.”

“Zaharie Shah simulated a single flight from Kuala Lumpur via the Strait of Malacca until fuel ran out in the southern Indian Ocean.”

Since 2014, 33 pieces of debris have been found in six countries – including South Africa and Madagascar – which experts say proves the plane plunged into the Indian Ocean.

The latest large-scale search for the MH370 in 2018 by robotics company Ocean Infinity – using unmanned underwater vehicles – covered nearly 50,000 square miles, but nothing was recovered.

Weak Signal Propagation Reporter (WSPR) is now used to accurately calculate the final location of the Malaysian Airlines plane before it went missing.

WSPR is a grid of radio signals that covers the globe to track planes when they trigger invisible “digital traps” that reveal their position.

Extensive testing of the new technology for tracking historical data from radio signals hitting airplanes has led experts to believe it could focus on a more specific underwater search area.

Godfrey compares the technology – implemented in 2009 – to a network of invisible sensors that record movement among clouds.

He told The Times: “Imagine walking across a meadow with invisible trigger wires running across the entire area and back and forth sideways and backwards. With every step you take, you walk past particular tripwires and we can locate you at the intersection of the disturbed tripwires. We can follow your path as you move through the prairie.

After the news of the success of the WSPR trials, the team at Ocean Infinity revealed that they were ready to resume another search.

“We are always interested in resuming research, whether as a result of new information or new technology,” said a spokesperson.

The MH370 disappeared from radar after taking off from Kuala Lumpur International Airport and made an unexplained U-turn from its intended flight path.

This story originally appeared on The Sun and has been reproduced here with permission.