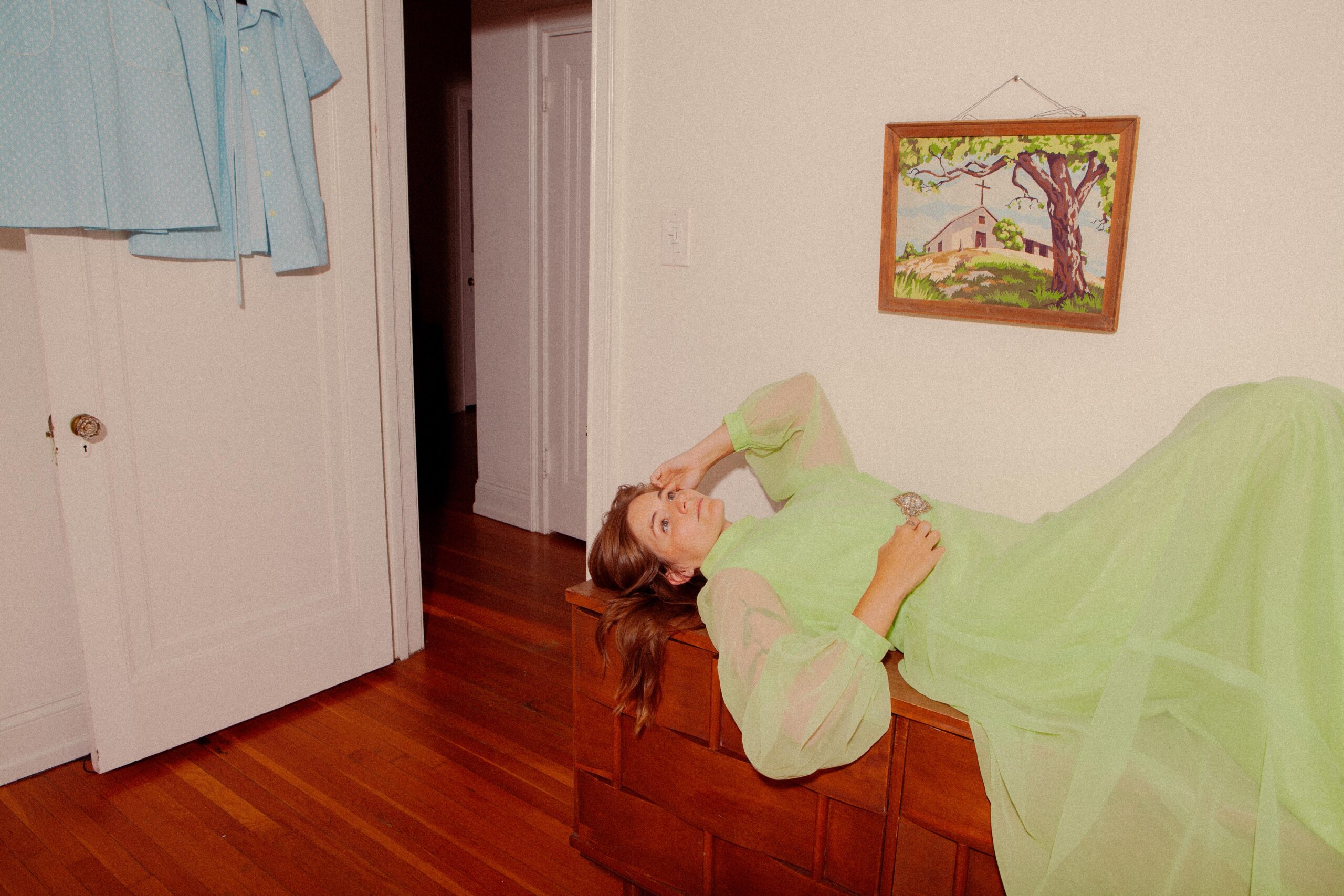 Given a few beats to think about it, Erin Rae – whose enchanting second solo album, Lighten is out now – concludes that she is, in fact, a happy person.

Based on her singing voice and the sweet smile on the cover of her new record, it seems easy to take that at face value. Folk and folky, his pleasing style permeates all 12 tracks, as well as Jonathan Wilson’s seductive and disarming production adding a touch of psychedelia.

And it’s helpful, perhaps therapeutic, to consider, as she notes on a smiling, laid-back Zoom call with TURN. Because his songs deliver a message that “would be so much heavier if the music conveyed it as well.”

Rae is best at shedding the music and playing in a personal blend of therapy. “I definitely need another therapy,” she laughs. But she acknowledges that the intersection of her introspection and authenticity with a country backbeat “is definitely cathartic. I think I’ve realized over the past two years, I was born with a certain set of anxious tendencies. Some kind of hyperactive, maybe hypervigilant mind. But then I also learned that I could sing, and that always provided a calming antidote to my brain.

So Rae zigzags constantly and delightfully to tunes that should be listened to at all future campfires, then zigzags toward a psychologist’s couch. Now 31 and wearing pants in a pastel rainbow wheel pattern she made herself during a recent bout with COVID, she’s laying bare so much emotional baggage, writing with an invigorating vulnerability to past sorrows, loneliness, confusion and fear. She admits the album title is even a bit of a joke; try to see how helpful it is to tell a depressed person to relax.

“But also, she continues, it’s serious, wanting to bring a lightness to some of these shadowy works, to use a therapeutic term. Dig deep and look at the not-so-cute things about being a person. But also just the requirement that I need some compassion to be able to do it.

It’s all there in the last four songs of the album, a tetrad that, taken together, offers one hell of a therapy session. Songs go from projecting to balancing to resolving and then starting the cycle all over again. “I take a few steps back,” she sings in the album’s final verse. “To come apart in the process.”

So she writes and performs, leaving what she called the comfort zone of her previous album, put on tunes, to record with Wilson at his Topanga Canyon facility. There’s a light and easy reference to yoga in the album’s opening track, “Candy + Curry,” but in conversation, Rae finds a more challenging pose, explaining the Zen intentions behind the “Mind/Heart” chorus. “, the way it involves the dukkha of the Buddhist teaching (and features a harmonious, melodious “fuck” in the chorus that is rolled out powerfully enough to impress David Simon. “The spirit is loud,” Rae says. “And it has a lot to say But it’s actually fair Just because it’s louder and busier than the signals we get from the heart doesn’t mean we should trust more.

Whatever Rae’s mind is doing in the course of a typical daily life, it’s easy to feel good when the work is done, and now that the album is out in the world and the songs are ready for live playback. direct, Rae also thinks of writing a happy album one day. Maybe, she laughs, she’ll save some of the introspection for her diary (although, she admits, “you should listen to the ones I picked up”). In the meantime, however, vulnerability and honest self-assessment have served her well.

“I think where I’m at right now is kind of on tiptoe in the idea of ​​’I might just have fun’; that might be a worthwhile experience or a worthwhile way to live” she says, then pulls away with another soft, easy laugh. “That sounds a bit sketchy, though.”