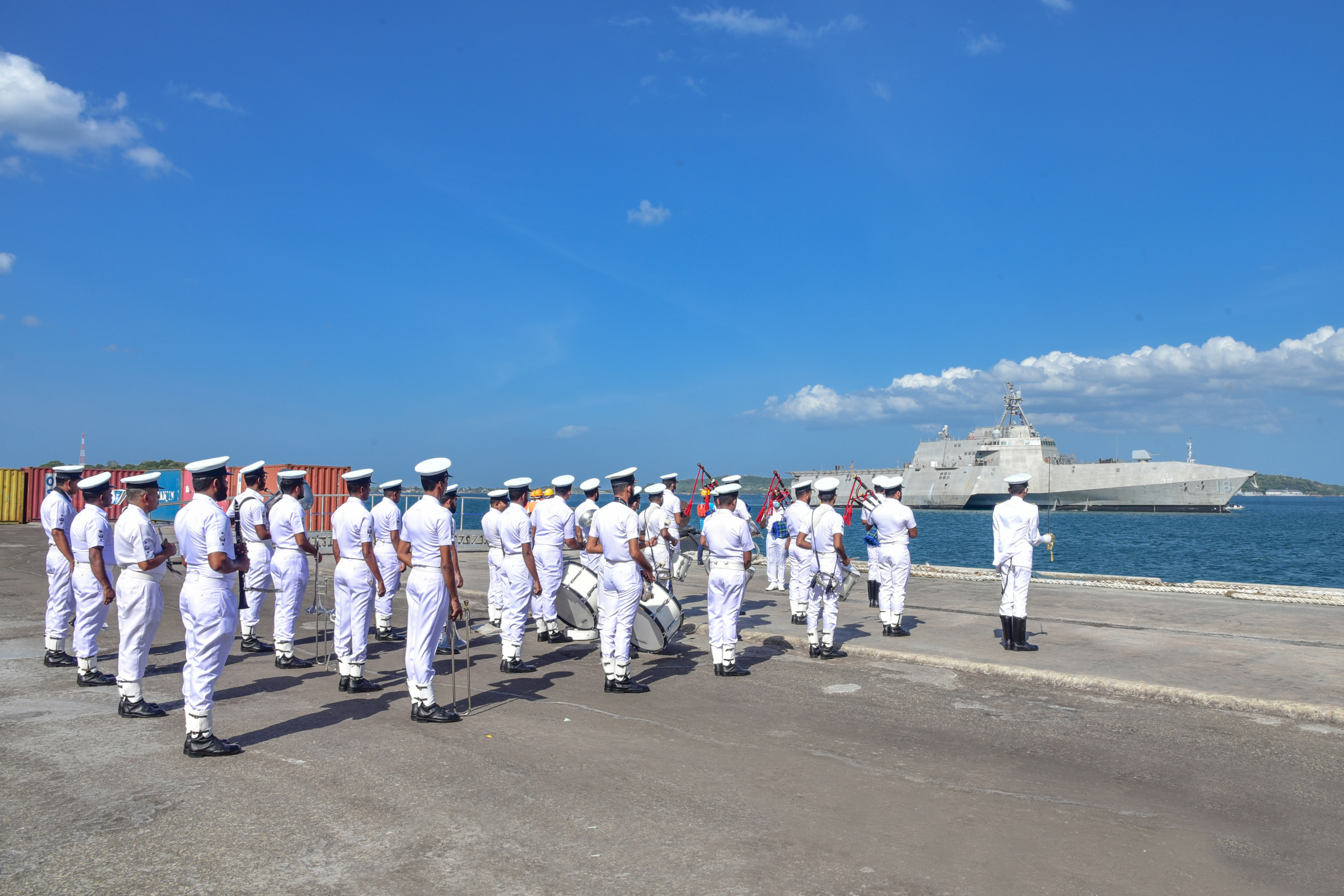 The recently published ‘EU Strategy for Indo-Pacific Cooperation’ describes the Indian Ocean as ‘Europe’s gateway to the Indo-Pacific… Europe’s main gateway to and from Indo-Pacific markets. The document highlights the importance for Europe of major waterways such as the Straits of Bab al-Mandeb and Malacca in the Indian Ocean, listing several objectives and policies in pursuit of its maritime security interests in the region.

Sri Lanka is particularly important in this context. Located on the main sea route between the straits of Bab al-Mandeb and Malacca, the country plays a major role in European trade with Asia. Sri Lanka has long been cited as the best example of China’s so-called “debt trap diplomacy”. With this in mind, Beijing pushed Colombo to borrow money from Chinese banks to pay for the Hambantota port project – which had no prospect of commercial success – and thus forced Sri Lanka into bankruptcy. By exploiting Sri Lanka’s financial weakness, the argument goes, China took control of the port. However, the sequence of events that led to this situation demonstrates Chinese opportunism, not conspiracy. Nevertheless, Chinese influence over Sri Lanka has increased dramatically in recent months due to the deterioration of the country’s economy. China’s leverage increases with every request from Sri Lanka to reschedule its huge loan repayments to Chinese companies – as it did during the Chinese foreign minister’s visit to Colombo in January 2022.

This raises questions about the security of the main sea lines of communication around Sri Lanka. China does not yet pose an immediate threat to these routes. For now, China seems content with creating a new normal in which it is increasingly seen as a powerful player in Sri Lanka, increasing its stopovers, establishing its economic presence, playing on the greed of the ruling clique and using the influence of Sri Lankan debt effectively whenever it serves its interests. But China’s encroaching presence in Sri Lanka — as well as the Indian Ocean region more broadly — makes many analysts and policymakers suspicious of its motives. They are particularly concerned that Sri Lanka could one day host a Chinese naval base, providing the People’s Liberation Army Navy with area denial capabilities and posing a direct threat to the interests of Indian Ocean Rim states and from Europe. Chinese submarines have been spotted twice in Sri Lankan ports.

Yet there is no easy or even obvious European answer to these developments. China’s influence has grown in the relative vacuum left by the country that is traditionally Sri Lanka’s largest partner, India, which has refused to fund projects out of proportion to the country’s needs and capabilities. Sri Lankan economy. This influence has grown synergistically, thanks to the interplay between the dependency created by these projects and China’s aggressive trade policies.

The European Union is Sri Lanka’s second largest trading partner after China. But it’s a much bigger export destination. While the EU absorbed 22.7% of Sri Lanka’s exports in 2020, China only absorbed 2.3%. In contrast, China accounted for 22.4% of Sri Lanka’s imports, while the EU only accounted for 8%. It would, however, be a mistake to imagine that Europe could reverse this trend of China’s growing influence simply by providing financial assistance to reduce Sri Lanka’s debt. China’s presence is also a function of three other major factors: its desire to establish itself as a power in the Indian Ocean, the desire of Sri Lanka to counterbalance India and the greed of the Sri Lankan ruling clique. (as well as regime corruption more generally). In this context, Sri Lanka’s debts to Chinese companies make China’s presence more politically palatable, as economic activity with Europe mitigates the short-term impact of the deficit on the population.

The EU Global Gateway could provide alternative options for financing infrastructure in Indian Ocean Rim States, especially small island countries. This would reduce their financial dependence on China. But that would only limit China’s political influence where financial dependence was the main form of Chinese leverage.

In contrast, the “EU Strategy for Indo-Pacific Cooperation” offers a set of policy options that together could push China to behave in accordance with internationally accepted standards and, more importantly, prevent the Indian Ocean to meet the same fate as the South China Sea. But states like Sri Lanka understand that it is in their interest to choose: to offer the EU just what is needed to maintain concessional market access – in areas such as the Generalized Scheme of Preferences – without changing their policy towards China.

The best guarantees of security for the EU’s maritime lines of communication lie in the convergence between its interests and those of India and the United States. New Delhi’s influence in the Indian Ocean is perceived by the small states of the region as carrying an implicit threat of political, if not military, intervention in situations where China poses too great a threat to Indian interests. However, this is no excuse for complacency. If the EU has time to develop each component of its Indo-Pacific strategy, it will still face another dilemma. The union should not only increase its presence throughout the Indian Ocean region, but also partner with regional organizations there. Such an approach would require direct engagement with states whose policies sometimes threaten European interests. It may be a tactical issue, but it is one that could easily preoccupy the EU for too long.

The European Council on Foreign Relations does not take a collective position. ECFR publications represent the views of its individual authors only.

Christians who oppose masking have ‘the spirit of the antichrist’, says religion teacher