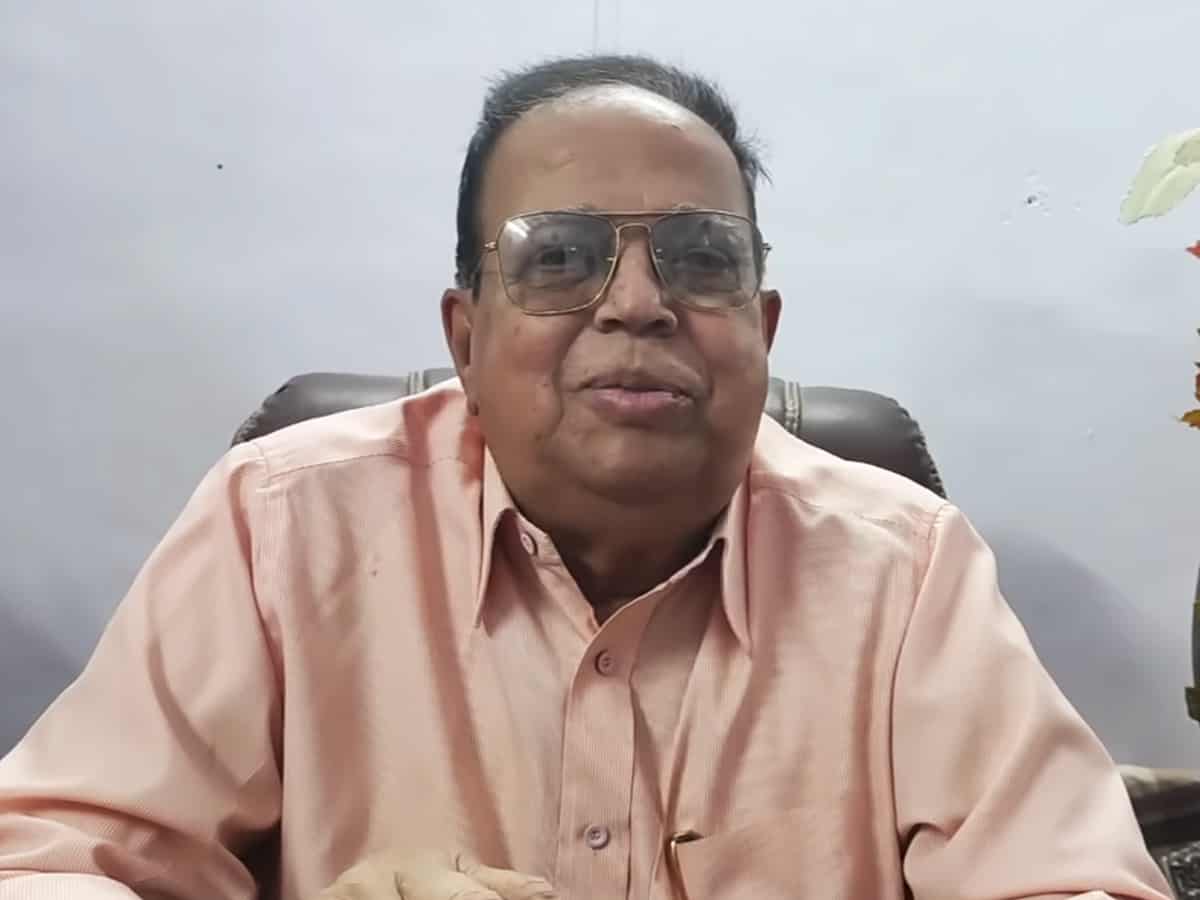 Hyderabad: A good archaeologist needs both research and writing skills. MA Qaiyum, who passed away on Thursday evening, possessed these qualities in equal measure. But he wrote more than he searched.

Archeology holds the key to understanding who we are and where we come from. In that sense, Qaiyum had all the answers to who, what, where, when, how and why.

It wouldn’t be an exaggeration to say that he knew Hyderabad like the back of his hand. A walking encyclopedia to Hyderabad. Qaiyum also had extensive knowledge and wrote extensively on Mughal and Deccan history. No wonder he explained the initials of his name as Mughal, Asafjahi and Qutb Shahi.

The famous archaeologist died in a hospital in Banjara Hills where he was admitted with fever and lung infection. He suffered a serious heart attack around 8:30 p.m. Thursday evening. But the doctors managed to revive him thanks to the (CPR), cardiopulmonary resuscitation procedure. After some time, he suffered another stroke and died. Two days ago, when he was released from intensive care, Qaiyum continued to speak in English to the surprise of doctors and family members. He mainly talked about Hyderabad, its history and the Department of Archeology. “He breathed his last peacefully with a smile on his face,” said his son, MA Basith.

Qaiyum was 76 years old and is survived by a wife, two sons and a daughter. His funeral prayers were held at Masjid-e-Suffa, Janki Nagar and the remains were interred at First Lancer Cemetery.
Qaiyum joined the Department of Archeology and Museums in 1965 as Deputy Director and retired in 2004 as Deputy Director. During his long service of 39 years, he gained first-hand knowledge of Qutb Shahi, Mughal and Asaf Jahi architecture as well as the historical background of these periods. He also had extensive knowledge of Chalukyan, Kakatiyan and Buddhist monuments located throughout Andhra Pradesh.

With his death, the city lost an important historian. A few months ago, another great historian of Hyderabad, MA Nayeem, passed away.

What was unique about Qaiyum was that he was no ordinary archaeologist. He wasn’t the typical nine-to-five officer either. He went above and beyond the call of duty and committed to delving into the past. As Deputy Director of the Department of Archeology and Museums, he did extensive research and writing.

Even after his retirement, his passion for history and heritage continued unabated. In fact, he wrote two books – one on Charminar and another on the Taj Mahal. His knowledge and experience have proven useful in identifying and protecting sites of heritage and archaeological value. “Like all cities, Hyderabad is also caught in a time bind,” he used to say and called for sustained efforts to retain its rich past.

Years after his retirement, the Department of Archeology took his services to prepare a database of all antiquities and archaeological finds in the state. Qaiyum assisted in the preparation of archaeological resources in terms of built heritage, sites and antiquities from Badshahi Ashoorkhana to Makkah Masjid, Paigah Tombs, Hayat Bakshi Mosque, Sir Raymond’s Tomb and the Foundry of fire arms.

Qaiyum had a keen eye for artifacts. When everyone preferred to relax on Sundays, he visited Charminar and its surroundings in search of rare objects and books. And he hit the ground every time he came out. Qaiyum has a good collection of historical books and rare items. Once he came across a 450-year-old copper coin minted during the time of Ibrahim Qutb Shah. The coins of the third ruler Qutb Shahi are not even in the AP State Museum, which boasts of thousands of copper coins. And Qaiyum got it for a song on the sidewalk in the old town.

Unlike other archaeologists, Qaiyum took care to write about his findings. He is perhaps the only archaeologist to have written a comprehensive book on the famous Hyderabad icon, Charminar. The book – Charminar in Replica of Paradise – highlights monuments around the world that feature ‘minars’ to explain the concept of minarets. In this book, Qaiyum also explains the magic of “four” in Charminar. It explains in detail the geometric combinations and mathematical reasoning that went into the construction of Charminar. The number ‘char’ (four) and its multiples, according to him, feature in the design of the structure. He discovered at least 22 spots where the magic of four dazzles.

His knowledge of the monuments of Hyderabad was such that he was invariably assigned as a guide to lead VVIP tours to historical sites such as Charminar, Golconda Fort and the royal mausoleums of the Qutb Shahi Kings. He had the privilege of showing the historic monuments to Queen Elizabeth in 1983, Prince Charles and the Princesses Diana in 1992, Boris Johnson, then British Foreign Secretary, film star, Dilip Kumar, Turkish novelist and winner of the Nobel Prize, Orhan Pamuk.

Qaiyum had a knack for surprising foreign delegates by emphasizing India and Hyderabad’s historic connection to their countries.

A voracious reader, Qaiyum is the author of five books in all. His first book “Hyderabad – Tab Aur Ab (Hyderabad – Then and Now) was published by Siasat Daily. Then he came with another book – Great Achievements of Turks in India. He also wrote a comprehensive book on Charminar followed by Khas Mahal to Taj Mahal Apart from that he has published hundreds of research papers on Mughal and Hyderabad monuments.

When he died, Hyderabad lost a great historian who loved his hometown dearly.