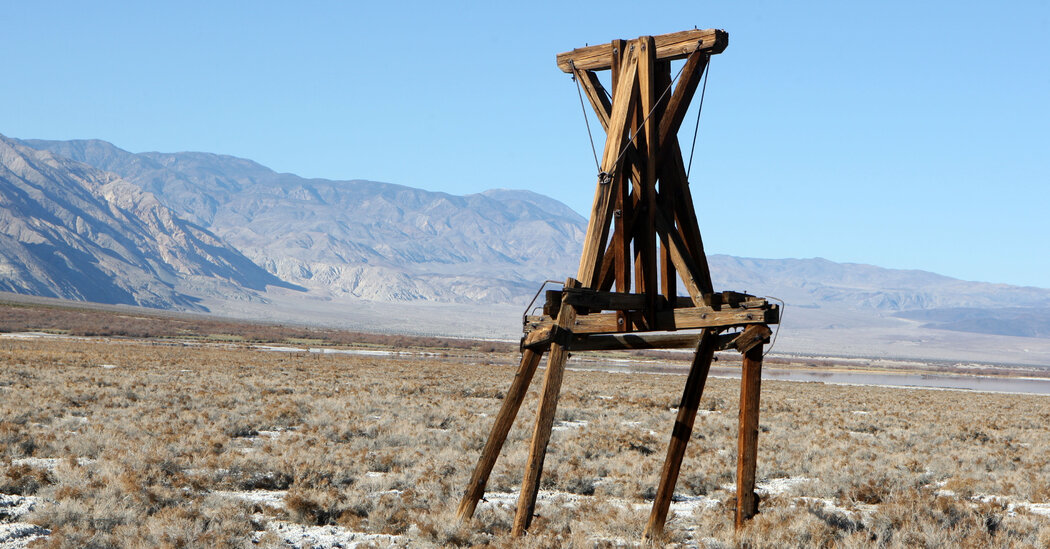 I have a feeling …

SUNDAY PUZZLE – It’s really nice to see Howard Barkin again in the New York Times crossword puzzle, and on a Sunday. He is a software quality assurance specialist in Hillsborough, NJ, and a speed resolver who won the American crossword tournament in 2016, which earned him a lasting resolution credit. His latest is a quick and loud resolution, with a lot of crackle in the fill and theme.

Fast doesn’t mean easy, mind you, but it does mean that hard-to-solve entries alternate well with softer things, rather than collapsing into indecipherable chunks. I had forgotten Ashleigh BARTY and was unfamiliar with Tina FEY puzzles, for example, but having WET BAR and TGIF in the same section helped me a lot with crossovers.

1A: Happy fourth! Don’t be put off by the title word shared in these three “American” films. They have nothing in common except that they are all rated R.

45A: There is a little word association here with this entry and one of its crosses that makes me wonder: is this something that most people in a hurry would ignore? Or is it something your fast moving brain would grab hold of and use to help you figure it out? I guess it mostly depends on whether you are going through the clues and then the lows (I do it that way most of the time), or solving cross chunks. Anyway, if you somehow find yourself in BTS, you’re definitely a TEEN IDOL, and I love that NSYNC goes in the middle (though you are in NSYNC, you were also once a TEEN IDOL).

79A: I like a reference to a somewhat forgotten but enjoyable reading, and it is not controversial to refer to the complicated hero Ignatius J. Reilly as OBESE. (In this retrospective article it is referred to as “scabrous, lazy and fat hippopotamus. ”) I mainly remember the setting of the book (New Orleans) and a certain psychological aspect (the big problems with moms).

109A: Depending on where you solve, you see division symbols or printer daggers in this clue; both are types of OBELI, a term that pops up regularly in the Times puzzle (can’t say I’ve seen it elsewhere, though!).

117A: The “floppy” icon that stands for “record” in programs that don’t automatically record transparently has gone from nostalgic to anachronistic. Young people wonder what, say, a soda dispenser done in this position. There are no such worries about the paper airplane icon clicked every time someone SEND something electronically, because paper is not going anywhere – see MIMEOS. (You can launch virtual paper planes, which stop all over the world and come back to you, on your phone.)

48D: I found this guy far enough in the grid to be sold on the cartoonish and visual joke aspect of his theme, so seeing him was fun. I never said BUGS BUNNY had a Brooklyn accent – Flatbush, to be precise – I also did not know that Bugs was born in Brooklyn (which is credible, because there are a lot of hardened rabbits on the streets in the boroughs).

69D: It is a delicate geography, an old and quite small town and a terminus of the Silk Road (or a gateway to the “Maritime Silk Road”). NINGBO is located a little south of Shanghai on the East China Sea.

Theme of the day

There are eight visual puns today that should make you laugh if you channel your inner Chuck Jones (Looney Tunes used similar devices). Each is identified as a riddle that describes at least one way to play the joke directly, and each entry is a common emotional state, or “Feeling,” as in the title of the puzzle, “I have a …”

On the sunny side, take the example of 22-Across, “Optimistic Sentinel Emotion?” “Sentry” leads to “keep”, which gives us this superstitious feeling of “not to smear it”, OPTIMISM GUARANTEED. Happier still, watch 90-Across – “Wild Horse Emotion?” – referring to a trait shared by wild equines (and a perfect name for a company catering for horse lovers).

As with any Sunday puzzle, a little drama sets in. Here are the entries that I liked the most: At 49-Down, Mr. Barkin mentions farmers, but I imagined Wile E. Coyote with some sort of ACME device growing out of control, GROWING CONCERN. It’s also easy to imagine Wile E. frozen in space for a moment at 55-Across, “Window washer emotion? “(You might think of Mel brooks instead of Mel Blanc. Both options apply to 76-Across, “The Jester’s Emotion After The King’s Laughter?” – or COMIC Relief.)

Most of the themed entries are jovial; it’s funny that the theme’s seed entry is its most fiery manifestation, at 15-Down, “Evil genie’s emotion?” However, you can’t fault someone for being a little salty after being stuck in a bottle for centuries.

On a car ride with my family, once everyone was settled in and the car was (possibly) quiet, a random thought occurred to me that became this theme much later. It was actually more of a “daddy’s joke”, than a genius must be filled with “pent up anger”. I mentally put that aside (since I wasn’t going to write it down while I was driving), and lots of ideas and letters later, here we are. Enjoy!

Subscribers can take a look at the answer key.

Trying to get back to the puzzle page? Here.

What did you think?

Americans are more open to socialism than ever