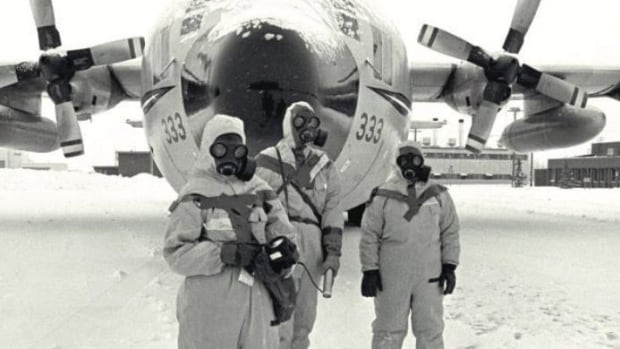 In 1978, a Soviet satellite exploded over traditional Dene lands. Its effects are still felt today

On January 24, 1978, a Soviet nuclear satellite called Kosmos 954 reentered the Earth’s atmosphere and exploded over northern Canada. Radioactive debris spread across the eastern part of the Northwest Territories, the western part of what is now Nunavut, and northern Alberta and Saskatchewan. A joint Canadian-American recovery team spent most of the year excavating an area of ​​124,000 km/². This recovery effort was known as Operation Morning Light.

Writer Michael LaPointe thinks Canadians often view their country’s history as a bit boring. We don’t think there are many stories coming out of this country with what he calls “that shining call”. It’s this mindset, he says, that causes us to overlook the stories we have, including ones like Operation Morning Light.

“It was another example of how, even when we have a story like this, it kind of falls by the wayside,” he says. “I was a bit surprised that I had never heard of this. I think every detail I researched afterwards or anything was an extension of that initial surprise.”

He started digging into the story and thinking about how he could tell it. He initially thought of making a feature-length documentary on the subject, but realized that with all the layers to the story, the format might not do it justice. Instead, he decided to do a podcast.

Also called morning light operation, the first episode of the podcast drops today. It is hosted by Dëneze Nakehk’o, a veteran Dene television journalist based in Yellowknife, and produced by Aliya Pabani.

Six civilians on an expedition to the North find the remains of the satellite that fell to earth on January 24, 1978.

While Operation Morning Light is a little-known chapter in Canadian history, there is a group of people who know Kosmos 954 and the ensuing efforts to recover it all too well: the Dene who live at the east end of Great Slave Lake. Their communities were the hardest hit by the debris and continue to live with its long-term effects, including radiation to their traditional lands and drastic increases in cancer rates.

“[The way] the story had been told in official reports and in what little academic literature there was, it was largely from a Southern perspective,” LaPointe says. “It seemed like such an incredible gap in history, that it had never been seen from the perspective of the people who actually lived in that place where it happened. The voices of these communities were completely excluded from the process from the start. It seemed obvious that a Dene journalist should take over. »

It was then that LaPointe reached out to Nakehk’o to act as the podcast host.

“I started contacting Dëneze on Twitter,” he says. “I think he thought I was a crook or something at first.”

For his part, Nakehk’o said he asked LaPointe for two things before signing on to the project. The first was not to symbolize it. The second was to ensure that when the audience finished listening to the podcast, they would know about the Dené people, their history and what happened on their land.

Nakehk’o, who is a member of the Liidlii Kue First Nation, says he wants to place Kosmos 954 and the recovery effort that followed in the correct historical context: as part of a series of destructive incursions into Dené territory, dating back until the first interactions of the Dené people with Europeans. And he also wanted to tell how, despite these incessant incursions, the Dene have continued to work to preserve the land.

The podcast also attempts to put the story of Operation Morning Light into a larger context in terms of the global arms race during the Cold War. Dene territory was just one part of the world that was negatively affected by the nuclear fallout.

“As we started to tell the story of this land, it started to attract all these other types of vast and distant geographies,” LaPointe explains. “So in this podcast, we have scenes that take place in the Kazakh steppe. There are remote areas of China where nuclear bombs are being tested. There is stuff falling in the Indian Ocean near Madagascar .”

“Once we started to seriously look at this piece of land in northern Canada, in order to tell this story, we also suddenly went to all these different places to kind of explain how this disaster happened in first place.”

Nakehk’o says his main goal for the podcast is to bring more attention to Operation Morning Light and how it continues to affect Dené communities, and to ensure that the people they have spoken feel that their voices have been heard and honored. As for how a wider audience receives it, he doesn’t think too much about it.

“When I think of [the south] too much, I usually have a few headaches,” he says. “So I like to focus on where I’m from and the people who are here. The things that make me feel good are the little nods from my elders and people in my community. If I get a nod, I feel like I’m on the right track.”