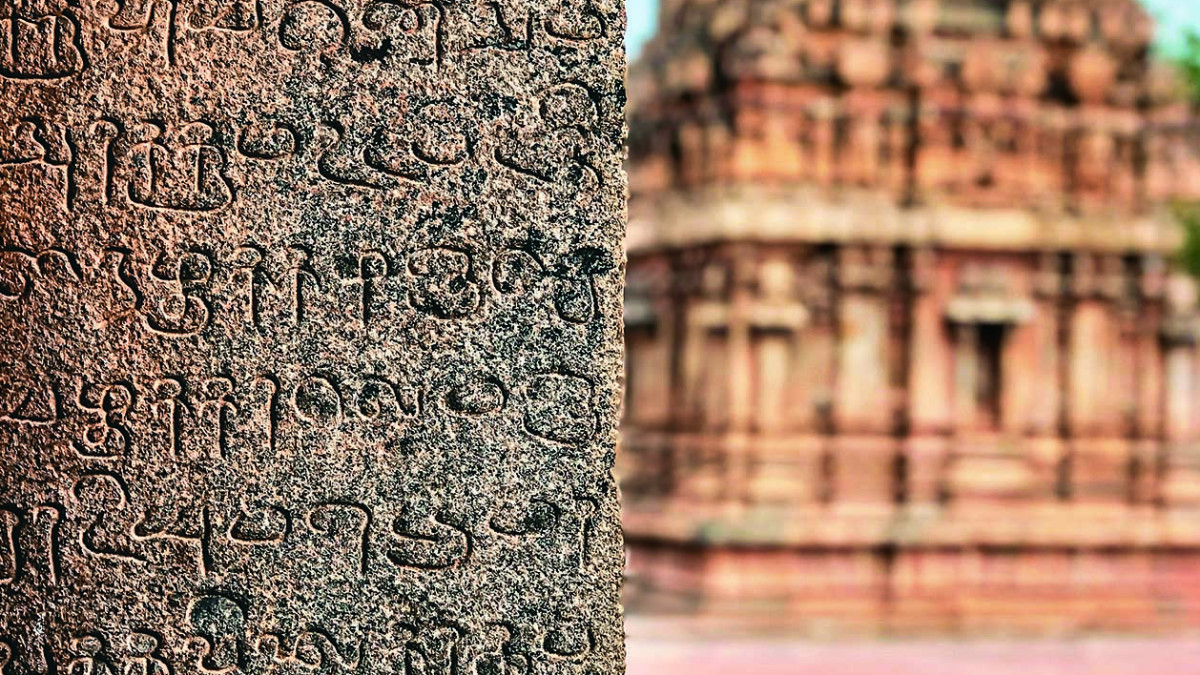 His kingdom was not large but his achievements were. His name was Vichitra Chitta – the always curious. His interest in music is immortalized in epigraphs. He wrote a funny and heartbreaking prank in Sanskrit. It was he who threw away perishable materials such as timber for building temples and introduced rock-cut structures which later culminated in the glory of Mahabalipuram. His name is Mahendra Verman, a Pallava king who flourished in the early years of the 6th century CE. Few people in northern India will know his name. To be fair, Romila Thapar manages to bring out her exploits in a brief passage from her book Ancient India, but they remain buried in the middle of a book of about 500 pages. Rajaraja, who built the marvelous great temple of Thanjavur, and his son Rajendra, whose maritime achievements remain unmatched by any other king of India, are not really known outside of Tamil Nadu. The fascinating stories of Vishnuvardhana, who was converted to Vaishnavism by Ramanuja and his wife Santala, who remained a pious Jain, are rarely mentioned in textbooks outside Karnataka. Even the amazing Hampi was relatively unknown in North India until recently, and Krishnadevaraya is just a tongue twister.

Not limited to South India

It is not that this neglect is confined to South India. Ask a Bengali or an Odia, or a child of Brahmaputra, and he will tell you that the rest of India ignores the history of his region. The Kingdom of Ahom, which ruled the Northeast for six hundred years, is generally treated less summarily in history books. For example, the standard textbook by Satish Chandra, History of medieval India, has this to say about the Ahoms. “The Ahoms, a Mongoloid tribe from northern Burma, had succeeded in establishing a powerful kingdom in the 13th century, and had become Hinduized over time. The name Assam is derived from it. Later in the book, the Ahoms find a mention only because of Mir Jumla’s invasion and conquest of Assam. Every history book in India is centered on Delhi and its surroundings.

Not limited to story

This neglect is not limited to history. Even when I was a young boy, I knew Rabindranath Tagore, Bankim Chandra, Sarat Chandra, Munshi Prem Chand and several other North Indian writers. Of course, the heroic stories of Rajputana were textbook stuff. The story of Panna, the faithful nurse, was known to all school children. When I arrived in Delhi, I was amazed that even the most widely read people found it difficult to mention even a single name of a literary eminence from South India, except perhaps -being of Subramania Bharati. Yes, they spoke casually about the incredible temples and South Indian orthodoxy that they believed had saved Hindu culture from the “contaminating” influence of Islam, but most ignored the classics unique tamils, Silappadikaram and Manimekhalai-one defending the Jain vision of the world and the other, Buddhist.

I served under a person who was incredibly cultured. His library had more than 20,000 books. Once, we were returning from a minister’s office where we had just received an unjustified but severe reproach. My superior did not say a word in front of the minister. When we were in the elevator, he told me that was the way to hold back his anger. I just smiled and quoted Valluvar: “You have to hold your anger where it can really hurt. In other places it doesn’t matter one way or the other. I said, “Your anger is unlikely to harm the minister, but that’s another story with your subordinates. He was swept off his feet. The next day, I presented him with an English translation of Tirukkural. What was significant was that his extensive library contained no translations from Tamil or any other South Indian language – a fact he shamefully admitted.

I do not believe that the neglect of our history in textbooks or the lack of awareness of our literature is intentional and due to diabolical schemes of the North Indians. In all likelihood, this is due to the laziness of our own historians and translators. Our inertia is notorious. by Vincent Smith India’s early history appeared in 1908. It saw several editions and was taught in schools even many years after independence. In the first edition he writes: “But the time for writing in brief the history of the southern kingdoms in a satisfactory manner has not yet come, and at the present time any sketch such as that which is now proposed must be provisional and incomplete.” In the years since these words were written, many seminal books on the history of North India have appeared, but the scene is not so bright when it comes to South India. In fact, in the last century, many epigraphs had been unearthed and out of the roughly lakh epigraphs now available, a vast majority of them are from South India. Unfortunately, many of them remain unread. There are several other documents available now, but they are all rotting in the archives. It is only because our academics chose to remain lazy that we still depend on Nilakanta Sastri History of South India. Yes, a few other books have started coming out, books like The Concise History of South India, edited by Noburu Karashima – but they lack the scope and comprehensiveness of Sastri. Young writers like Manu Pillai and Anirudh Kanisetti have released splendid books, but many of these books are yet to be written. The story must be the same in East and North East India. For the history of Bengal, we still head straight for RC Majumdar or Jadunath Sarkar. We are still looking for Sir Edward Gait’s 1906 book if we want to know the history of Assam.

Even the most widely read people struggled to mention even a single name of a South Indian literary eminence, except perhaps Subramania Bharati.

It is the same with literature. It is only recently that good translations of non-Hindi literature have started to appear in English and Hindi.

Literature will take care of itself, but there is a terrible devil lurking in the shadows of the rewriting of our history – the devil of false and chauvinistic writing of history. In Tamil Nadu, actors who played no major role in the story, or even fictional characters, are disguised and portrayed as great heroes who fought against the British. Not to be outdone, the government of Tamil Nadu is now using archeology for blatantly chauvinistic purposes. It is only in Tamil countries that we witness the strange spectacle of serious archaeological issues being discussed not in academia but in assembly and in political forums.

Kanisetti says in his book Deccan Lords“But I must state again that…medieval India was a dark, violent and unequal place. The medieval lords of the Deccan were not devout saints, nor noble conquerors, nor brilliant brains. They were human beings doing their best, responding to personal disasters, trying to get rich and happy, finding companionship and seeing beauty in a difficult world. Changing the course of human history was just an unintended side effect of it all.

As long as we keep in mind that the rewriting of history is only a means of illuminating areas hitherto remained in the shadows, and certainly not a tool to invent new religious or regional heroes or adorn former heroes with garish and improbable clothes, we are on the right track. Our history books must do justice to each region of India, but only for the sake of truth and to gain a balanced knowledge of our great country.

(This appeared in the print edition as “Textbook Ignorance”)

(The opinions expressed are personal)

PA Krishnan is an author in English and Tamil

A Latino Republican won in South Texas. So did a left-leaning Latino Democrat.