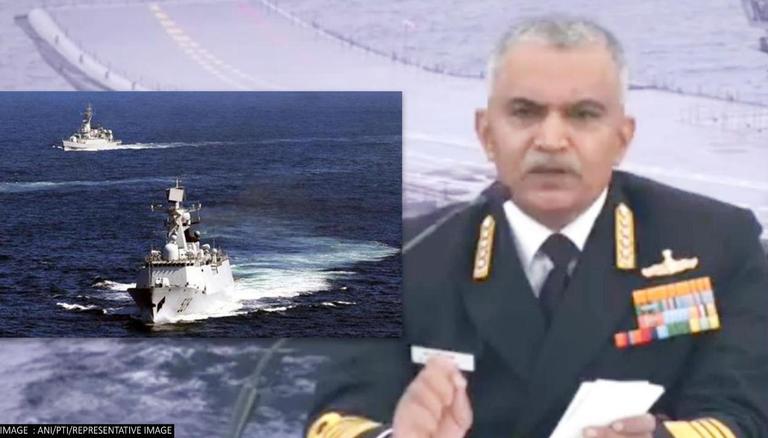 In a strong message to China and its expansionist interests, the new Chief Admiral R Hari Kumar said the Indian Navy is fully confident in defending India’s maritime interests and is proceeding with the acquisition of platforms. forms to verify possible security issues facing the country.

â€œWe are aware of the development of the Chinese navy building 110 warships over the past few years. Our plans will take into account all activities and deployments in the Indian Ocean region. I want to assure you that the navy India is confident of defending maritime interests, â€Admiral Hari Kumar said.

The navy chief further noted that the Chinese navy had been present in the Indian Ocean region since 2008 and that there were seven to eight warships. â€œThere is constant surveillance of our planes and ships and their activities are closely monitored. Â»He asserted.

Admiral Kumar informed that details of the proposed maritime command are being worked out and indicated that its basic structure could emerge by next year. The naval chief also said the job is to expand the role of women in various spheres of the overall functioning of the Indian Navy. He said COVID-19 and the situation along the northern borders have increased complexities around national security. At the same time, he said the Indian Navy was fully prepared to deal with any security concerns, he added,

The Navy chief further described the creation of the Department of Military Affairs (DMA) as the biggest reform of the military since independence, as well as the creation of the post of Chief of Defense Staff. â€œIt allows for faster decision making and fewer levels of bureaucracy,â€ he said.

Admiral R Hari Kumar took office on Tuesday as the new head of the Indian Navy following the retirement of outgoing Admiral Karambir Singh. Admiral Kumar was the commanding general officer of Western Naval Command before taking the reins of the force.