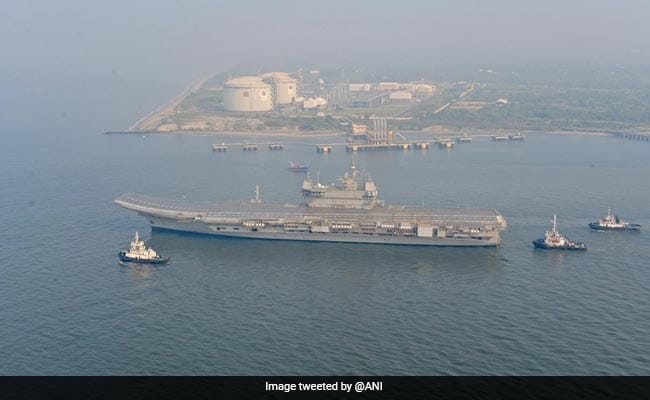 The Prime Minister will officially introduce the vessel into the Indian Navy at a specially arranged venue inside the Cochin Limited (CSL) shipyard here which has manufactured the Rs 20,000 crore-plus warship.

On July 28, the Indian Navy took delivery of the aircraft carrier from CSL after successfully completing the fourth and final phase of sea trials last month.

“The event is currently scheduled for September 2 at CSL Pier. State, among others, are expected to participate,” sources told PTI.

The IAC would serve to bolster India’s position in the Indian Ocean Region (IOR) and its quest for a high seas navy.

Fighter jets were brought on board the aircraft which is expected to operate MiG-29K fighter jets, Kamov-31 helicopters and MH-60R multi-role helicopters.

With the delivery of “Vikrant”, India has joined a select group of nations with the niche capability to design and build an aircraft carrier locally.

Designed by the Indian Navy’s In-house Naval Design Directorate (DND) and built by CSL, a public sector shipyard under the Ministry of Ports, Shipping and Waterways, the aircraft carrier is named after her illustrious predecessor, the first Indian aircraft carrier which played a vital role in the Indo-Pakistani War of 1971.

It has more than 2,300 compartments, designed for a crew of around 1,700, including specialized cabins to accommodate female officers.

Vikrant has a top speed of around 28 knots and a cruising speed of 18 knots with a range of around 7,500 nautical miles.

The flight deck of the IAC is comparable to two football fields and by traversing the corridors of the imposing ship, one will travel eight kilometers.

The eight generator sets on board the IAC are enough to light the city of Kochi and the warship contains a dedicated hospital complex with all facilities.

(This story has not been edited by NDTV staff and is auto-generated from a syndicated feed.)