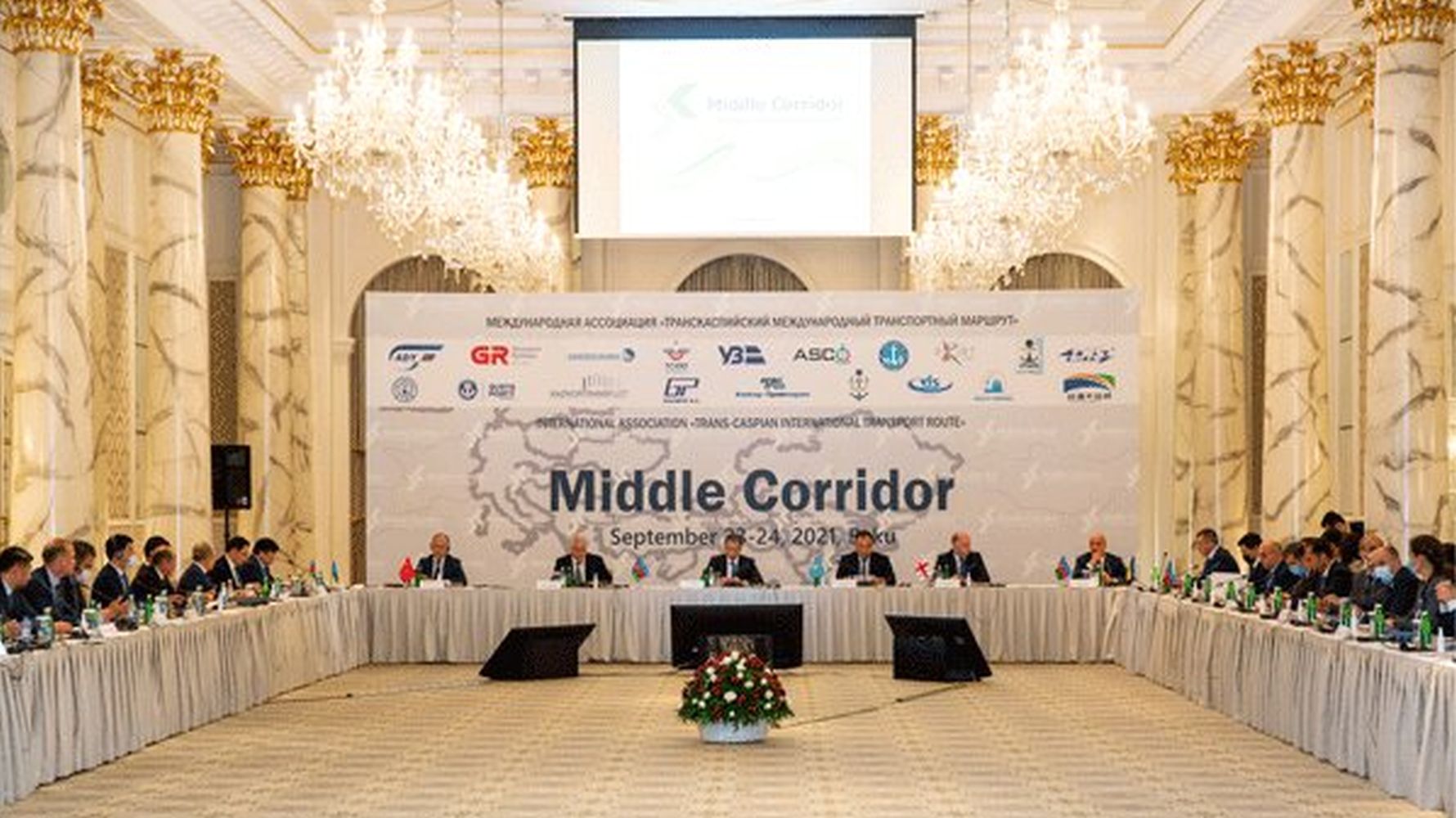 Hasan Pezük, General Manager of TCDD Taşımacılık AŞ, who attended the General Assembly as a member of the Board of Directors of the Association, in the opening speech of the General Assembly; Stressing that the middle corridor, which is the most important link of the Baku-Tbilisi-Kars railway line, continues to strengthen its importance in transport between the Asian and European continents and that there is an increasing demand for freight, he said the Middle Corridor is an important transportation gateway to ensure the continuity of trade with friendly countries during the pandemic period. declared.

Informing that the approximate amount of freight transported as of September 30, 2017, since the entry into service of the Baku-Tbilisi-Kars railway line on October 15, 2021, has reached 1,244,269 tons. He said that it is possible to transport different groups of products to destinations.

“Marmaray is the biggest proponent of fast and environmentally friendly transport by saving time and energy in addition to the economic power that the Baku-Tbilisi-Kars railway line brings to our country in international trade.”

Stating that the block container train services started in 2019 on the China-Turkey-Europe line from the central corridor are gradually increasing, General Manager Hasan Pezük said in his speech:

“As of September 15, 7.204 tonnes of freight have been transported from China to Turkey in 165.306 TEU containers, while 514 tonnes of freight have been transported from Turkey to China with 10.693 TEU containers. In early 2020, freight trains began crossing the Marmaray Bosphorus Tube crossing, the golden ring of the Middle Corridor, and a step towards uninterrupted rail freight transport between the Asian and European continents. Marmaray, the “Project of the Century”, which enables uninterrupted rail transport, is the biggest proponent of environmentally friendly and rapid transport by saving time and energy in addition to the economic strength of the Baku railway line -Tbilisi-Kars brought to our country in international trade. “

Pezuk also said, “Turkey is rapidly pursuing investments that increase the efficiency and productivity of the Baku-Tbilisi-Kars railway line and the middle corridor. In addition to the high-speed line projects under construction, Kars Logistics Center was completed in May 2021 and started operations. In addition, new applications are being implemented to reduce transport time and costs. In this context, the joint CIM / SMGS transport document began to be used from September 10, 2021 for freight rail transport carried out by our country on the Baku-Tbilisi-Kars railway line and the Middle Corridor. Thus, time and cost savings are achieved in our transport. noted.

General Manager Hasan Pezük said that as the General Management of TCDD Taşımacılık AŞ, they are extremely proud to be under the roof of the TITR International Union with friendly and brotherly countries, and said: “To this day , we have carried out exemplary work with dedication and solidarity. Thanks to these efforts, the Baku-Tbilisi-Kars railway line and the Middle Corridor are now established as the most reliable, simplest, economical and climate-friendly rail corridor among east-west rail links. . This corridor is not only a transport route, but also the Silk Iron Road, which accelerates the development of our countries, strengthens our friendship and our brotherhood, strengthens our solidarity and gives life to the continents. In addition to our government and ministry, as the General Directorate of TCDD Taşımacılık AŞ, we are making a great effort to increase the efficiency and productivity of this corridor. “

Incredible images of the Earth’s horizon captured by the ISS at night go viral; See the pictures