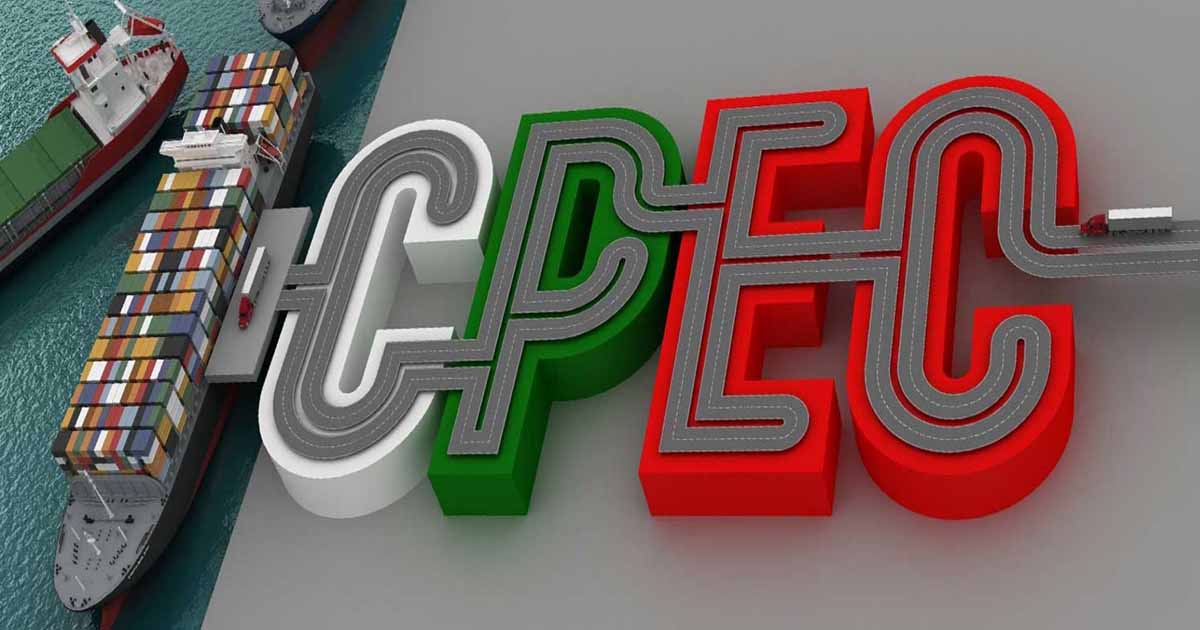 The China-Pakistan Economic Corridor (CPEC) is of immense geopolitical and geostrategic importance not only for Pakistan but for the entire region. It envisages the development of a transport network, energy pipelines, special economic zones and the port of Gwadar in Pakistan. It is a key part of the China Belt and Road Initiative (BRI) – a project that aims to connect Asia with Africa and Europe through the land economic belt of the Silk Road and the 21st Maritime Silk Road of the Century. It aims to boost regional connectivity for economic development and trade. There is no doubt that CPEC has the potential to jumpstart Pakistan’s economic recovery. This is why he is considered to be an economical game changer for Pakistan. CPEC can bring Pakistan into an era of progress and prosperity.

Given the realistic paradigm of power-maximization, the ever-stronger relationship between Pakistan and China is viewed with concern by India. He has sounded the alarm in Indian political and military circles. India’s opposition to CPEC is largely due to alleged apprehensions it entertains. First, the CPEC passes through Gilgit-Baltistan, the so-called disputed territory for India. At the expense of India, CPEC has the potential to solidify the perception of this region as an internationally recognized Pakistani territory, thus lessening India’s claim over it. Second, CPEC has enormous capacity to give Pakistan and China a strategic economic advantage once it materializes and expands to other countries in the region.

How does India view the CPEC project?

In addition, India sees CPEC as part of the renewed String of Pearls strategy which refers to Chinese military and commercial strengthening in the Indian Ocean region (IOR) encircling India. Once CPEC matures, India fears it will lead to massive growth and influence of the Pakistani and Chinese navies in the region. With the potential of the port of Gwadar to become a major Chinese naval outpost, India’s economic and energy security could be at risk in the event of a major conflict. Since the start of the project, India has since attempted to oppose it through direct and indirect means.

What could be more convincing of Indian designs against the CPEC than the arrest of the Indian spy Kulbhushan Jadhav by the Pakistani army for espionage and incitement to terrorism in Balochistan. The admission of the strengthening of separatist movements in Balochistan and Karachi by the former Indian Navy commander arrested at the request of RAW testifies to the proxy war waged to destabilize Pakistan and sabotage the CPEC. Not only that, India has raised a state-sponsored militia of 700 militants under RAW supervision to unleash a wave of terrorism and insurgency in Balochistan, as revealed in a dossier presented by DG ISPR. For this purpose, $ 60 million has been allocated. Likewise, a separate anti-CPEC cell has also been established with an estimated value of $ 500 million under the direct supervision of RAW and Indian Prime Minister Narendra Modi, which aims to disrupt CPEC projects.

India sponsors separatist and terrorist groups in Balochistan by secretly providing them with money, ammunition and explosive devices. The Balochistan Liberation Army (BLA), the Balochistan Liberation Front (BLF), Tehreek-i-Taliban Pakistan (TTP) and the Army of the Republic of Balochistan (BRA) are Indian designed tools against the CPEC. BLA’s barbaric attack on PC Gwadar and Quetta Serena Hotel is a demonstration of how far the Indian government can go.

Was India behind the Dasu Bus attacks?

Likewise, during the recent wave of terrorist incidents, the safety of Chinese workers working on various CPEC-related projects has been compromised. Dasu Bus Attack is worth mentioning here, which killed 9 Chinese engineers working on the Dasu hydropower plant in KPK. Such attacks are an attempt to disrupt the functioning of the CPEC and sabotage Sino-Pakistani relations in what appears to be a full-fledged proxy war against Pakistan. The subversive activities against Pakistan were exposed by the startling revelations of EU DisinfoLab. He revealed a massive India-sponsored disinformation campaign against Pakistan.

India has also colluded with the United States to counter CPEC. The Logistics Exchange Memorandum of Understanding (LEMOA) is the first in a series of covenants signed between India and the United States in this regard. Signed in 2016, the pact strengthens navy-to-navy cooperation between the United States and India by allowing the refueling and resupply of military ships at each other’s bases and ports. The agreement provides operational flexibility for the two navies to conduct supported operations.

Likewise, the Communications Compatibility and Security Agreement (COMCASA) signed in 2018 makes it possible to provide encrypted communication systems to India by the United States in order to improve interoperability between the armies of the two countries. Finally, the Basic Exchange and Cooperation Agreement (BECA) signed in 2020 will give India access to advanced US geospatial information to improve the accuracy of automated systems and the firing of weapons like drones and missiles. through sharing of satellite images. This will allow India to keep an eye on CPEC and Pakistan’s port facilities. The United States’ strategic embrace towards India is obviously aimed at countering China’s growing role in the region. India will continue to sabotage the CPEC politically, economically and diplomatically

India is also expected to increase its aid to separatist groups in Balochistan to foment further unrest in the province. India’s growing hostility to CPEC is part of the larger Indian plan to contain the rise of China and view Pakistan as a weaker state. Pakistan must prepare to maneuver in the region’s rapidly changing geopolitical landscape by properly playing its cards to fully reap the dividends of CPEC.

Mominyar Khalid Butt is a Research Officer at the Center of Maritime Excellence (MCE), Pakistan Navy War College Lahore. He did a master’s degree in political science. He can be contacted at [email protected] The opinions expressed by the authors do not necessarily represent the editorial policy of Global Village Space