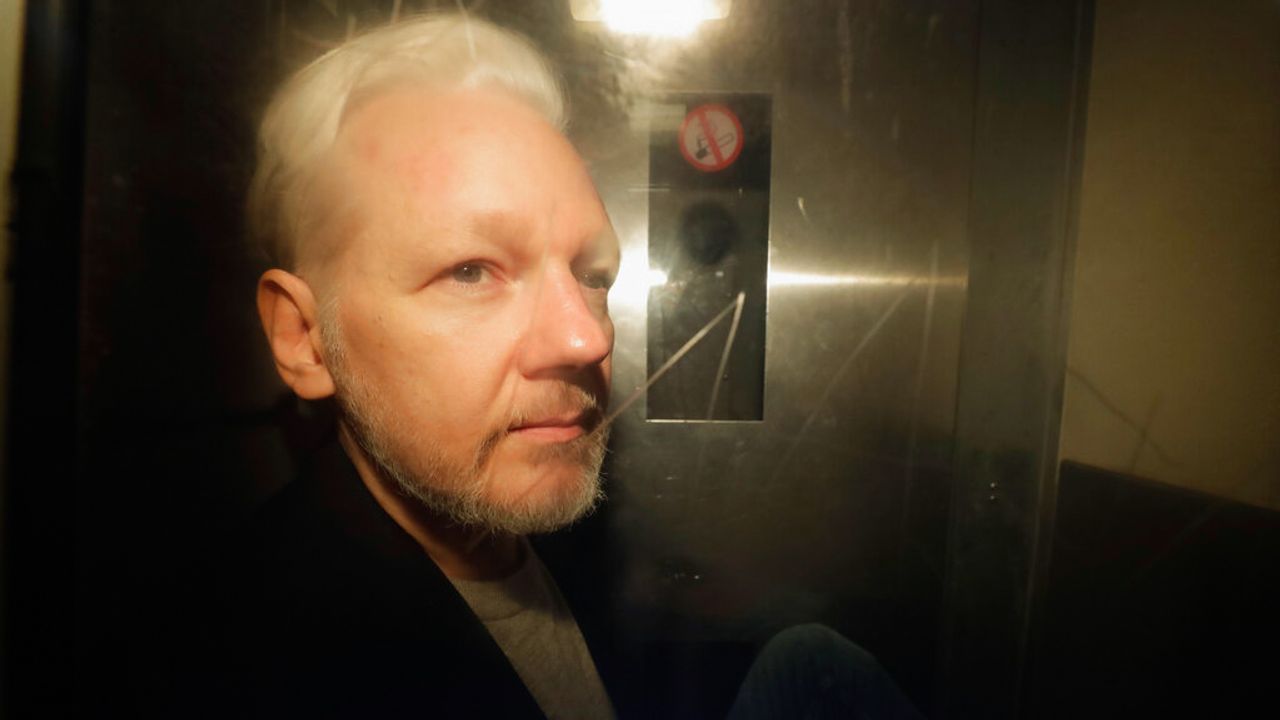 As the federal election approaches, likely to be held in May, the political and media establishment maintains a near-total blackout on the fate of Julian Assange. Not a single parliamentary party mentions the founder of WikiLeaks in its election material, despite the fact that he is an Australian journalist, detained without charge in Britain and risking life behind bars in the United States for speaking out against the American war crimes.

The exclusion of the issue from the official election campaign is a clear signal that whatever the outcome, the decade-long involvement of Australian governments in the US-led vendetta against Assange will continue.

The agenda of all the parliamentary parties is, moreover, diametrically opposed to any defense, even nominal, of Assange’s rights. They have joined hands to support the aggressive US-NATO confrontation with Russia over Ukraine, while escalating tensions with China, the other country Washington is preparing a conflict against. maintain US imperialist hegemony.

While hypocritically ranting against alleged Russian war crimes, the last thing they want is a discussion about an Australian publisher sitting behind bars for exposing the massacres, torture and terror of entire populations by the United States and its allies in Iraq and Afghanistan. .

A key role in the conspiracy of silence is played by MPs who have previously criticized its persecution. The Bring Assange Home cross-party parliamentary grouping, now made up of 25 MPs, has been virtually moribund throughout its two-year existence.

Now, with an election approaching, its character as a toothless entity that will fight for nothing, and exists primarily to provide its members with fake democratic credentials, is abundantly clear.

In one of the few concrete steps taken by any of the grouping members, Green senators Peter Whish-Wilson and Janet Rice said they were pushing for an investigation into the role of Australian governments and foreign affairs bodies of the country in the mistreatment of Assange.

The survey was proposed after a Yahoo News A report revealed last September that the US administration of President Donald Trump and the Central Intelligence Agency had discussed the kidnapping or assassination of Assange in 2017, when he was a political refugee at the embassy of Ecuador to London. The Greens launched the inquiry after the Australian government sidestepped questions about what it knew about the plot and talks that had taken place between Australian senior ministers and their US counterparts.

The proposed inquiry was intended to allay concerns among Assange supporters that members of the caucus were doing nothing to advance their stated goal of securing his freedom.

Hansard, however, reports that while the inquiry motion was hyped on social media, it went nowhere in Parliament. At the end of October, any discussion on this subject was postponed until early February, when parliament resumed after the summer recess.

But nothing was said of the investigation for nearly two months, until Whish-Wilson presented an opinion to the Senate on March 29, stating, “I withdraw the motions under my name and the name of Senator Rice. with reference to the Senate Foreign Affairs, Defense and Trade References Committee and Mr. Julian Assange.

This reporter contacted the offices of Rice and Whish-Wilson, to find out if the motion mentioned above was the one relating to an investigation, and why it had been withdrawn without any discussion. Whish-Wilson replied

Yes, we withdrew the motion as Labor had indicated they would not support an inquiry at this time. Note that we obviously didn’t test this with a floor vote, so we can’t say with 100% certainty that they wouldn’t have supported it – had they been pushed.

It should also be noted that the chairman of the committee that allegedly investigated Julian’s treatment was the late Kimberley Kitching (who died a few weeks ago). If you ask Labor for an explanation, I’m sure that complication and the workload of the committee ahead of an impending election would be increased.

I will certainly try in the new parliament, hopefully a new Labor government will be more sympathetic to his cause, to raise this abuse of power.

The statement is an indictment of Labour, Greens and Bring Assange Home. It is a damning rebuttal to claims that Assange’s freedom can be won by plaintive appeals to parliamentary parties.

Eight members of the Bring Assange Home group are Labor MPs. Four others are currently listed as “supporters”, including Labor leader Anthony Albanese. It is unclear when Albanese was added to the roster. He never uttered a word publicly against the persecution of Assange, or for his freedom.

And the “support” of Albanese and other Labor MPs is such that they will even block a parliamentary inquiry into the persecution of Assange!

Labor has long supported the US-led campaign against Assange. In 2010 his government, led by Prime Minister Julia Gillard, falsely slandered Assange as a criminal, attempted to illegally cancel his passport and pledged to work with US intelligence agencies to destroy WikiLeaks. Albanese, who was a prominent member of the government, never denied this record.

On the contrary, the Greens outshine Labor in their cowardly opportunism and false posturing. Whish-Wilson and Rice have issued statements condemning Assange’s torture, warning that he could die in prison and exposing the fact that he has committed no crime. But they would not even bring a motion to the Senate and force Labor MPs to take a stand on an inquiry.

Additionally, Whish-Wilson sympathetically conveys that “the committee’s workload ahead of an impending election would be increased.” And anyway, despite all indications to the contrary, “I hope a new Labor government will be more receptive to its cause”.

In other words, the various statements of concern about Assange from Green MPs are not intended for mass audiences, let alone a national election.

Instead, the comments are a concession to widespread support for Assange; an attempt to prove that there is a constituency for the defense of democratic rights in parliament when there is none, and a record that the Greens can point to if the WikiLeaks founder is extradited or dies behind bars.

And they are not linked to any real fight, even for a toothless parliamentary inquiry, let alone for Assange’s freedom. While they are “concerned” about the relentless persecution of an Australian journalist, Green MPs would not let such an issue disturb their intimate relationship with the Labor Party.

This is especially true ahead of an election, where the Greens are calling for some sort of power-sharing arrangement in the event of a minority Labor government. Like the Green-backed Gillard government, such a government would not alter official hostility towards Assange one iota.

The fight for Assange’s freedom, like the fight against war and growing authoritarianism, with which it is inextricably linked, must be based on the mobilization of the working class. Around the world, including in Australia, working people are hostile to militarism, runaway inflation, social inequality and the erosion of civil liberties.

Defenders of Assange must turn to this emerging movement of the working class, not to the parliamentary parties that are directly responsible or complicit in his persecution. Only the Socialist Equality Party defends this perspective.