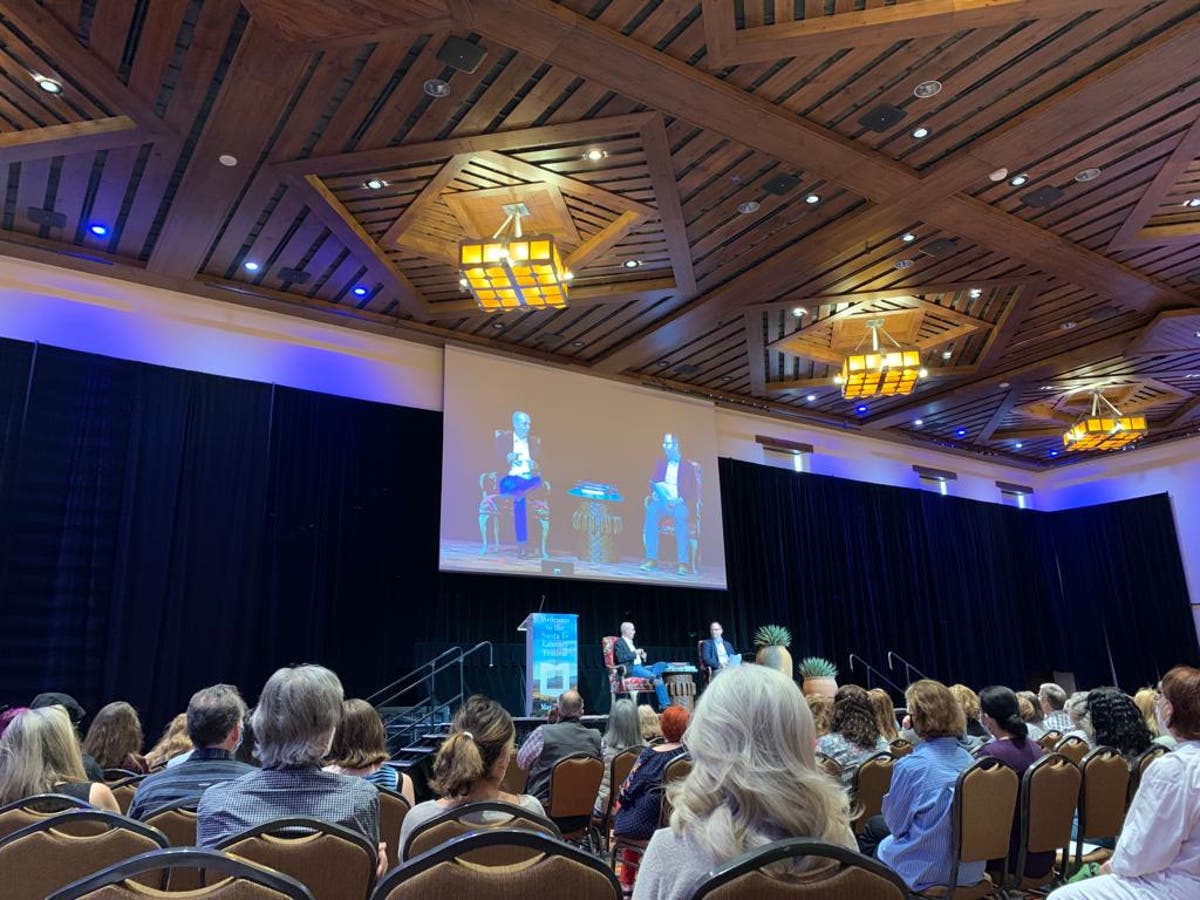 Best-selling detective novelist Don Winslow kicked off the first full day of the Santa Fe Literary Festival by confirming that he intends to retire from writing novels. Taking to the main stage of the event early Saturday morning, he said his focus will now be on political activism, particularly the fight against Donald Trump and the former president’s associates.

Although Winslow has said he is not a “political person”, he has felt pressured to become active as an activist since the events at the US Capitol on January 6, 2021, “We can’t choose our time “Winslow said. The Independent. “We just don’t, any more than anyone living quite peacefully in Ukraine until a few months ago can choose, not that I compare myself to them.”

Winslow set the tone for a day that featured both expert storytellers and a strong recurring theme of urgent political activism. He was followed on the main stage of the festival by The Handmaid’s Tale author Margaret Atwood, who spoke about the leaked memo from the Supreme Court suggesting the United States could imminently overturn Roe v Wade. She was unimpressed with judges who defend such judgments by identifying themselves as constitutional originals. “If you take the original Constitution [as it is and apply it]many people will lose their rights, including all women,” she said, as well as “people who do not own property.”

Later that day, Emily St. John Mandel spoke about her 2014 book station eleven, which has been widely described as prophetic for its portrayal of characters struggling with a world ravaged by a deadly flu pandemic. She said she never considered her most famous novel a “pandemic book”. Instead, she explained, she wanted to write about a “post-technological society”, and “to have a post-technological society, you have to end the world”.

As the literary festival unfolds against the backdrop of several major New Mexico wildfires, including the largest in state history, author and conservationist William deBuys and Roshi Joan Halifax, social activist and Buddhist teacher, participated in an inspiring panel on the difficult topic of: “Where do we go from here?”. DeBuys, Pulitzer Prize finalist and author of ten books including The trail to Kanjiroba, addressed the imbalance of how communities, like those he visited in the Upper Dolpo region of Nepal, were bearing the direct effects of the climate crisis, but had done little to create the emissions. who caused it. “I think one of the few reasonable responses is to simply allow this knowledge to help you continue to seek structural violence in the world you inhabit, and to work to change it and be aware of yourself. in your positioning with this structural violence and try not to participate in it,” he said. “You can’t completely get away with it, that’s really how the world works. But it’s something that we can all strive to change.”

The day was closed by legal thriller author John Grisham, who entertained the audience with stories of lawyers gone wrong while keeping the political edge of the day by discussing his work with The Innocence Project. Speaking of efforts to overturn the many miscarriages of justice that occur within the US justice system, Grisham pointed out, “It’s easy enough to send an innocent man to jail, but it’s next to impossible to get one out.”

The Independent, as the event’s international media partner, provides coverage of each day of the festival with exclusive interviews with some of the key writers. To learn more about the festival, visit our Santa Fe Literary Festival Chapter or visit the the festival website.