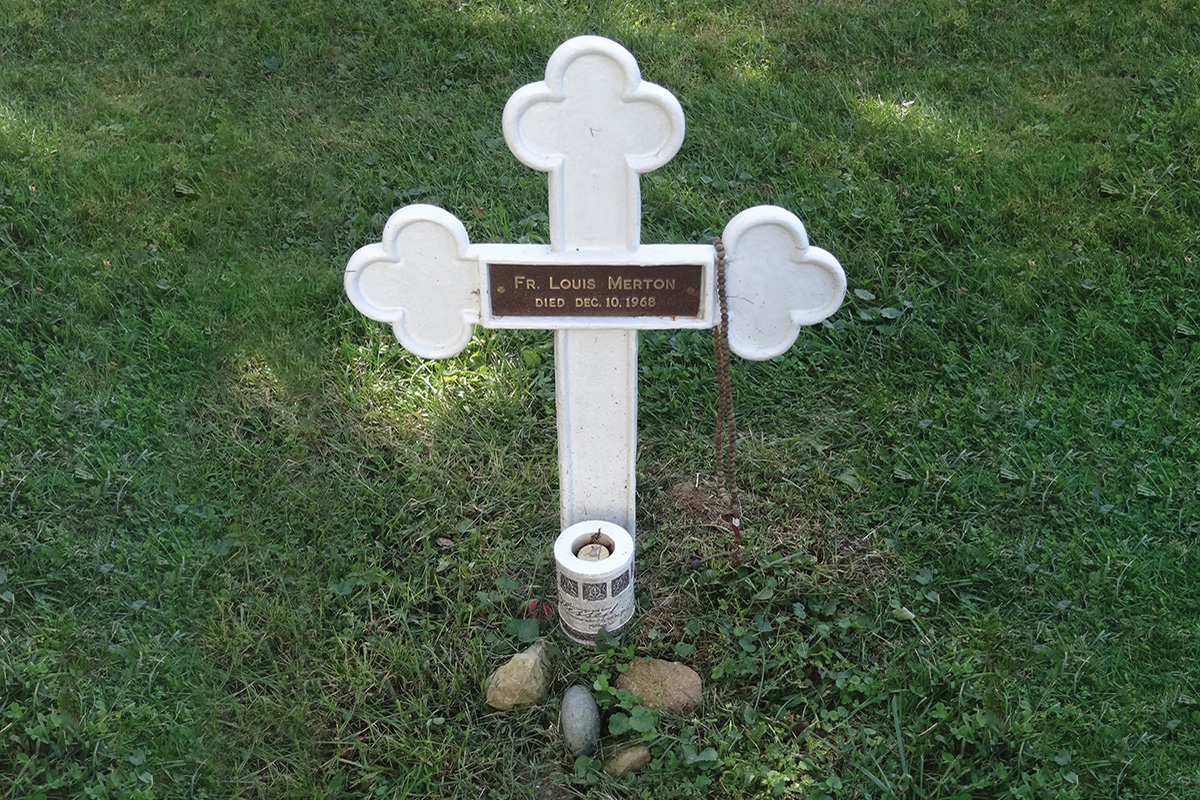 â€œHow can we be sure that the younger generations know Thomas Merton? “

Every time I show Day of a stranger, the documentary film that I made on the Trappist monk, I am asked this question in one form or another. Viewers find Merton’s words – which I pulled from a set of Consciousness Flow recordings made during his hermit years on the grounds of Gethsemane Abbey in Kentucky – oddly premonitory, and, as me, they want to share them with others.

This anxiety about forgetting Merton has surfaced at every Merton conference or panel I have attended since 2011. It was at this point that I quit my job as a counselor and went to the 17 Trappist monasteries in the United States and I began to work. on my writings, films and podcasts on the contemplative life. Although I, a queer, non-Catholic young woman, was an unlikely ambassador for Merton, I have often been invited to participate in presentations and celebrations of Merton’s legacy. Each time, people looked around the room, taking note of their mostly white, mostly gray-haired neighbors, and wondering how this legacy can last, if its wisdom will be forgotten.

Generally, I responded with encouragement, citing Merton’s interfaith dialogue, his model of friendship, or the extent of his correspondence as how his legacy might endure. But at my last film screening, after much thought on the matter, I responded with my own question: “What’s wrong with Merton’s disappearance?”

This month marks the 53rd anniversary of Merton’s death in Bangkok after giving a talk on Marxism and monastic perspectives. At the end of the lecture, he said, â€œWe’re going to have the questions tonight. . . . Now I will disappear. It was just a silly little line at the end of a heavy and controversial speech, but maybe it was also prophetic.

The desire to disappear is a well-known tension at the heart of Merton’s work and his spiritual life, a desire that often conflicted with his calling as a writer. In 1946, 20 years before his death, he wrote in Jonah’s sign, “I have only one desire, and that is the desire for loneliness – to disappear in God, to be submerged in his peace, to be lost in the secrecy of his face.” In Thoughts in loneliness, wrote from his first hermitage, the Sainte-Anne Toolhouse, on the monastic property, and published in 1958: â€œAs soon as you are truly alone, you are with God. In 1964, while attending mass after meeting Zen Buddhist DT Suzuki, he wrote in his journal with apparent satisfaction: â€œNo one recognized me or discovered who I was. At least I don’t think so. In a 1967 recording he said: â€œI am struck today, I think, more and more, by the basic dishonesty of many of my clamors. “

Merton was indeed controversial in his day, and his words remain relevant and often helpful. His correspondence and work have explored and elevated other religious perspectives and experiences. He often seems to speak prophetically of the situations we find ourselves in today.

But Merton’s most recent work is now over half a century old. And while his conversations covered gender (Dorothy Day, for example), sexuality (James Baldwin, although it is said he never responded to Merton, and I can’t say I blame him) , religion (Thich Nhat Hanh, Abraham Joshua Heschel, DT Suzuki), racial justice (Martin Luther King Jr.) and environmental justice (Rachel Carson), Merton, as a white cis man and monastic juror in a church patriarchal, perpetuates a detrimental exclusivity alongside its wisdom.

In truth, its foreknowledge and ecumenism only seem scarce if we look at white spiritual writers or read exclusively Catholic works from the 1940s-1960s. Does this context make his views appear more radical than they actually were? I have to ask myself, before I resume another work by or about Merton, who am I listening to that may be prophetically controversial today? What words am I reading by those whose experience is tied to the present moment in the fullness of their lives? What marginalized voices of experience do I listen to? Am I going to the source on these topics?

I have learned from feminist scholars that as long as I perpetuate the dominance of only a few voices in spiritual leadership, I hinder the liberation movement for all voices. I can’t learn from Merton what it’s like to be a queer woman, or to be an LGBTQ person rejected by her church, or to be black in America, or to be a refugee. Merton can provide historical perspective and observations, but he simply cannot speak to an oppressive situation regardless of his identity and background.

Merton himself often reminded us to go further, to look more carefully, to be prepared to put in the effort and the time to research, read and listen to the wisdom of the missing voices in our libraries and shelves. I wonder if this is his true legacy, urging us to transcend his own contributions. To challenge the status quo, go beyond the comfortable and embrace the wisdom of the marginalized who have too often been overlooked.

Merton has words for those who experience anxiety in the midst of change. In Conjectures of a guilty spectator, he writes of a crisis in the church in the 12th century, but he could have written about today:

In times of radical change, one may be too preoccupied with what ends or too obsessed with what seems to begin. In both cases, we lose touch with the present and with its obscure but dynamic possibilities. What really matters is openness, preparation, attention, the courage to face the risk. You don’t need to know exactly what’s going on, or exactly where it’s all going. What you need is to recognize the possibilities and challenges of the present moment and to embrace them with courage, faith and hope. In such an event, courage is the authentic form taken by love.

“What you need is to recognize the possibilities and challenges of the present moment and to embrace them with courage, faith and hope.” I wonder if this is how Merton might have answered the question of how his legacy can last.

On the way home from my last film screening, I did my best to stop at Gethsemani Abbey. After a rain-soaked hike, I stopped at Merton’s grave, marked by a simple white cross engraved with “Father Louis” as he was called there. “They can have Thomas Merton,” he wrote in Jonah’s sign of those who thought they knew everything about him just from his writings: â€œHe is dead. Father Louis, he’s half dead too.

What if I let Thomas Merton die?

As I got back to my car, I remembered the words of his essay â€œIntegrityâ€, which had inspired my monastic journeys in 2011: â€œMany poets are not poets for the same reason that many religious men are not religious. saints: they never succeed in being themselves. Perhaps it is time to recognize that my long obsession with Thomas Merton’s words and wisdom has crowded out other voices and perspectives, preventing me from hearing them fully, including my own.

A version of this article appears in the print edition under the headline “Now I’ll Disappear.”