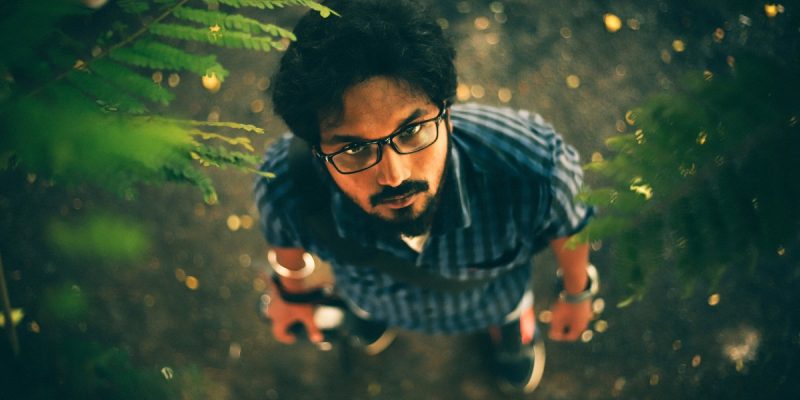 The biggest challenge that millennials face politically today is that they have been associated with all other generations and are not seen as a unique and dynamic generation facing their own set of opportunities and challenges. .

Although millennials around the world, from the hundreds of thousands of unemployed people in Spain to the millions of people facing ethnic violence in several African countries, face a unique set of challenges, in many places their needs have been given a place. central to public discourse. But in India, it is rather puzzling that policymakers have not engaged in a series of substantive conversations regarding the hopes and anxieties of this generation.

The West, and in particular the United States, has developed a borderline obsession with millennials. As companies try to figure out how to sell them products and services, and also retain them in the workplace, politicians are keenly focused on their political engagement. Recognizing that millennials are economically and politically important, businesses and leaders are fine-tuning their communication and changing their policies, focusing on issues such as climate change and student debt.

In the Indian context, parties and politicians occasionally talk about some important issues for young people. But rather than defining a set of proactive policies, they use the anxieties of millennials as an electoral weapon. To take the case of the lack of blue-collar jobs, for example, India’s small manufacturing sector is not the result of the last seven years of Modi’s tenure, but rather the last thirty years. Despite liberalization, the country has not become a preferred investment and manufacturing destination for any industry, whether one considers the low-end clothing sector or more specialized segments, such as semiconductors. Why is that? Although some believe this is because India has prioritized capital-intensive industrialization over labor-intensive manufacturing, it is a problem. that no leader from any part of the political spectrum has been able to resolve. Since the 2000s, the two main political parties that held power in the central government have proposed almost identical economic policies, largely including incremental reforms. And yet, when in opposition, they tackle the flaws in those same policies, as evidenced by the heated debates over the goods and services tax and the expansion of the Aadhaar single identification number program. . This means that any serious discussion and debate on deeper issues such as unemployment and the country’s failure to develop its manufacturing sector becomes needlessly political and unable to transform into a broad national consensus. It also makes it difficult for millennial voters to choose a party that might be better for their personal savings and leaves them to make decisions based on narrower social and cultural issues.

The struggles of millennials are therefore largely ignored. One of the most important issues for millennial women, an existential issue, in fact, is that of security, both in urban and rural settings. But the never-ending struggle Indian women face is usually ignored and only brought up in the unfortunate case of violent crimes, such as rape, after which the headlines are dominated by the brutality of the crime while the media cry blood. In the media storm that followed, policies that could actually make cities safer for women are being ignored. One of the most common issues I hear among millennial women is that they feel suffocated in many cities in northern India because their families won’t let them out of the house after dark. the night. But few politicians have succeeded in making cities safer for women. Some governments have tried to implement measures they believe would improve women’s safety, such as banning alcohol and providing free transportation for women, but they continue to face harassment. and physical assault simply because of what they wear, what they do and where they travel.

The American political arena has been turned upside down in recent months by the rise of Alexandria Ocasio Cortez, a bartender from the Bronx, New York, turned into a fiery leftist politician, who, at the age of twenty-nine, shot down one of the greatest and most powerful politicians to win a seat in the House of Representatives. She has presented herself on a shameless progressive platform and even calls herself a ‘democratic socialist‘, advocating for bold new leadership on the environment, the economy and, in many ways, the fundamental way of doing business. the United States. Ocasio-Cortez has since become a media sensation, a darling of the progressive left and a bogeyman of the right. What Ocasio-Cortez has achieved is simply remarkable. Most of the United States talks about its policies whether they agree or not. Her “Green New Deal,” which wasn’t even on the political radar when she was elected, was sponsored a few months later by nearly every serious Democrat running for president. Ocasio-Cortez is taken seriously not just because of her accomplishments, but because in many ways she speaks for a generation. While not all millennials are as liberal as her, a growing majority of American millennials tend to agree with the need for bold climate action and a fairer economy in which opportunities do not exist. are not limited to the privileged. Ocasio-Cortez has been the face of a youth movement that has shifted the entire Democratic Party and its establishment further to the left.

India does not have many such voices on the left. Leaders such as Jignesh Mevani, Alpesh Thakor and Hardik Patel rose to prominence during the turmoil of youth in Gujarat. Some went on to run for office and won political office, but have not since shaped or created a national conversation on youth issues. Likewise, JNU student leaders Kanhaiya Kumar and Shehla Rashid distinguished themselves by opposing the excesses of the Modi government, but once again failed to turn their success on social media into political victories. Kumar, a former president of the JNU Students’ Union, contested over a communist ticket from Bihar’s Begusarai constituency in the 2019 general election, attracting Bollywood celebrities and political activists from across the country to campaign for him . He was beaten by over 400,000 votes.

The staggered nature of the elections, which leads to a constant election campaign, as well as the tribal nature of politics, where leaders primarily appeal to castes and language groups, ended important Pan-Indian conversations. Policies are rarely discussed in terms of their potential benefits for the nation as a whole, but rather their effectiveness as electoral ploys. In January 2019, the BJP announced a 10% reservation of seats in government educational institutions and public sector jobs for “economically weaker” people in the general caste category, creating a system in which a majority seats would now be reserved. The move was taken with a clear eye on the upcoming general election, where the party feared losing its traditional support from upper caste voters. And since young Indians are the main group concerned with education and employment, this was likely a decision primarily intended for them. But this was clearly a quick step towards elections rather than real long-term progress. Millennials across the country face incredible anxiety over the shortage of universities and good quality jobs, and their fears need to be addressed, but the final reservation could be compared to putting a band-aid on. a gunshot wound. Instead of using its mandate to create these opportunities, the government has taken the easy way out and increased bookings.

In other democracies, a clear division of ideologies between left and right gives voters the opportunity to choose policies that they believe will benefit them. Whether parties promise to create prosperity by reducing the role of government or unlock opportunities by expanding public education, clear political differences usually ensure that election rhetoric focuses on the policies, not the personalities, who best serve the public. The conversation then turns to who is best suited to push those policies forward, but much of that takes place after voters consolidate behind the ideas they want to prioritize.

In my conversations with millennials across India, one thing has come out: They see problems in the world around them and have ideas on how to solve them, but they don’t see a political environment that will allow these. ideas to come true. The dirty nature of politics, with its behind-the-scenes transactions and dynastic tendencies, not only discourages qualified people from running for office, but also leaves millions dejected by a system they have come to accept as the status quo. quo. In such an environment, they are forced to rely on personality rather than politics.