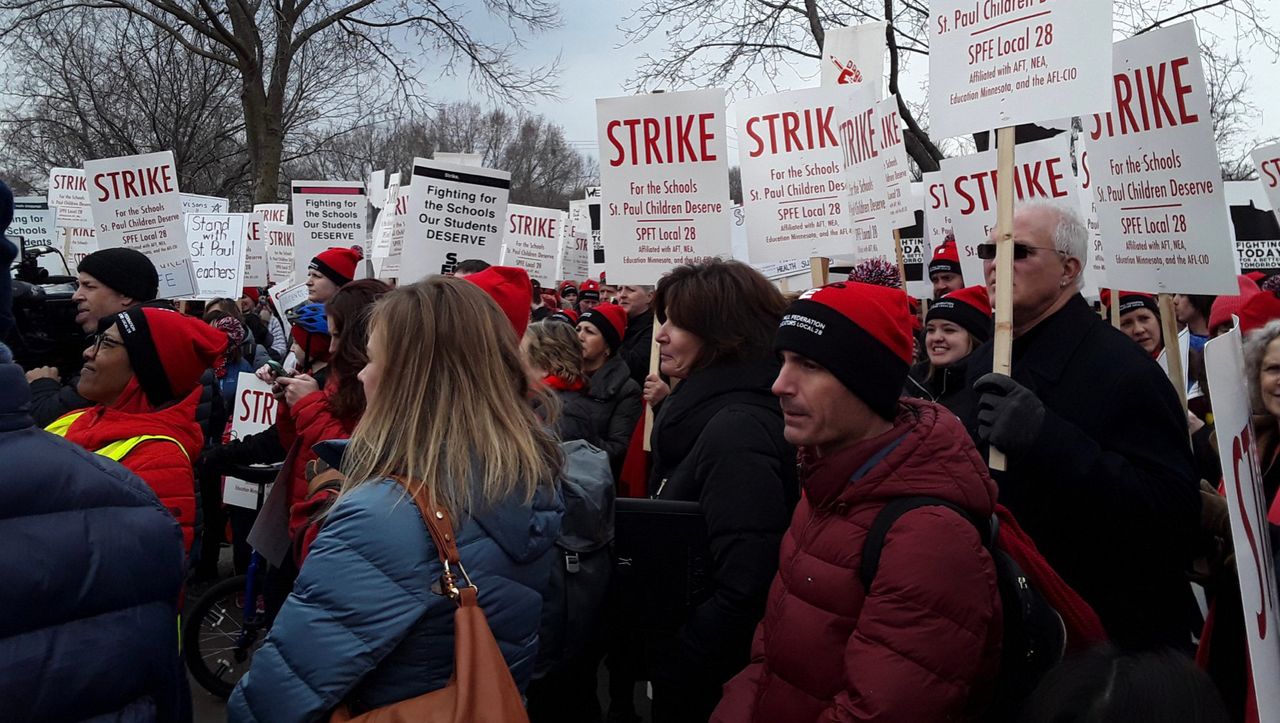 There are more than 8,000 educators and support staff in the St. Paul Public Schools (SPPS) and Minneapolis Public Schools (MPS) districts. The second and third largest school districts in the state employ about 15% of Minnesota’s 54,000 teachers.

The strike authorization was filed amid a wave of opposition from teachers and students to the reopening of schools during the ongoing COVID-19 pandemic. Across the country, more than 200,000 children have lost a parent or caregiver to COVID-19. More than half of teachers say they have considered leaving the profession.

Since schools reopened in August of last year, the total number of deaths from COVID-19 infections in the United States has increased by 50%, from around 600,000 to more than 900,000, the group of age with the greatest increase in infections among school-aged children. The spread of the Omicron variant this year alone has resulted in the deaths of at least eight teachers and three students in Minnesota.

Given that the American Federation of Teachers (AFT) and the National Education Association – the national parent unions of MFT and SPFE – have fully endorsed the reckless reopening of schools, it is no surprise that the unions of Twin Cities teachers have carefully avoided any mention of national resistance to this murderous policy, including the recent walkouts by teachers and students in Chicago and Oakland. Students at SPPS schools also took part in walkouts in solidarity with students and teachers across the country against these conditions last month. The Chicago Teachers Union and their counterparts in New York, Los Angeles and other major urban areas sabotaged those struggles and fully supported Biden’s back-to-school and “let the pandemic tear” policies.

Just three weeks ago, AFT President Randi Weingarten expressed support for ending mask mandates and any measures to curb the spread of COVID-19 in all K-12 schools. Claiming that masks “impede learning [and] socialization,” Weingarten confirmed the reactionary guidance from the CDC, which said masks were no longer required for vaccinated teachers.

MFT and SPFE advanced separate demand lists, effectively dividing teachers in Minneapolis and St. Paul. The SPFE proposals call on the SPPS to tackle class size limits, better mental health support and meager wage increases of 2.5% compared to the 1.5% proposed by the SPFE. SPPS. The current inflation rate is 7.5%, which means that educators would have to absorb a massive reduction in their real income.

MFT is calling for the minimum wage for education support professionals to be increased from $24,000 to $35,000, which would still be barely above the city’s poverty line. The union is also demanding a 20% raise for teachers, whose salaries have been essentially frozen for the past two decades. Adjusting for inflation and rising health care costs, teachers have only gotten a 1% raise over the past 20 years, due to union-backed concessions.

The MFT is also calling for reduced class sizes, special education workloads, designated teachers to work with students in quarantine, and increased mental health services for students to deal with mental health crises. in schools. These demands, however, are widely seen as symbolic and only as a “starting point” in the negotiations, on which the MFT will quickly withdraw.

Instead of uniting teachers in the Twin Cities, unions seek to divide them, opening up the possibility of separate contractual arrangements. This is part of the repeated strategy of the unions and the Democratic Party to isolate the struggles of workers. The last teachers’ strike in Minneapolis was in 1970, and before the previous struggle that ended prematurely by the SPFE in 2020 in St. Paul, the last teachers’ strike in St. Paul was in 1946.

Both unions and their pseudo-left supporters also promote racial politics to divide and weaken educators. The MFT, along with the MPS, has been pushing a memorandum of understanding prioritizing the hiring and firing of teachers based on their skin color since 2019. In addition to the weakening of legislation passed during the movement of civil rights, which prohibited racial discrimination, it also serves to pit educators against each other on the basis of race, in a fratricidal struggle for a decreasing number of jobs. This is consistent with the Democratic Party’s promotion of identity politics as it cuts school budgets, attacks teachers and promotes for-profit charter schools.

Teachers must respond by taking the leadership of the struggle out of the hands of SPFE and MFT and creating their own independent rank-and-file committees to pursue their real demands, including the right to distance education until COVID-19 has been controlled.

Join the Base Educator Safety Committee!

We are building a network of educators, students, parents and grassroots workers to eradicate COVID-19 and save lives.

From a musical, to comedy, to art and a chat with a historian, Delhi has a packed schedule this week