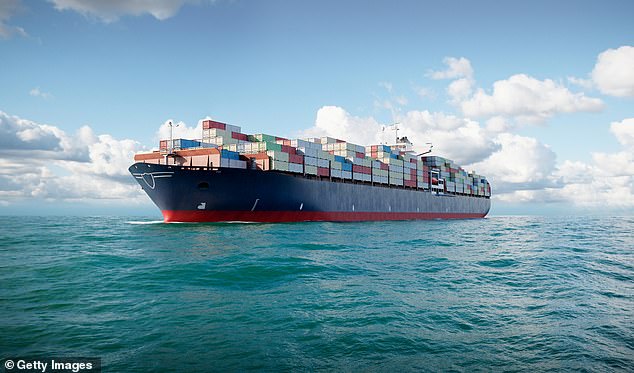 A sailor who spent all night fighting to stay alive after plunging overboard from a freighter has been found.

The man, aged around 30, disappeared at around 6:40 p.m. on Sunday on a Chinese bulk carrier which was anchored 11.5 km off the coast of Geraldton, a coastal town 424 km north of Perth, Australia western.

A search coordinated by the Australian Maritime Safety Authority, involving the Joint Rescue Coordination Center jet and sea rescue vessels, found the man at 8.40am on Monday.

A man in his 30s has disappeared after falling overboard from a Chinese bulk carrier anchored off Geraldton, 424 kilometers north of Perth, Western Australia (image of a container ship)

The Chinese national spent all night fighting for his life in the deep waters of the Indian Ocean and was found on Monday morning about 10km off the coast of Oakajee – 20km north of the location where he had disappeared.

The man is brought ashore and will be taken to hospital for a medical evaluation.

Police received information about the missing man 20 minutes after a fisherman went missing in the Mid West Gascoyne area.

The 46-year-old was reported missing around 6.20pm after going fishing off Green Head on Sunday.

Police were told the man usually returns to shore at 4pm after a day of fishing.

The man’s car and boat trailer remain parked at the boat launch.

The man has not been found despite a land and sea search involving sea rescue vessels and a helicopter.

A helicopter and several maritime rescue vessels were used to search for the man on land and at sea.

Authorities will resume the search for the 46-year-old fisherman on Monday.

Rescue teams found the Chinese national on Monday morning after spending the whole night floating in the Indian Ocean. The man was found 10km off the coast of Oakajee – 20km north of where he disappeared (pictured, Geraldton, the coastal town where the man disappeared)

The Forgotten Mutiny for Indian Independence

What future for Sri Lanka?