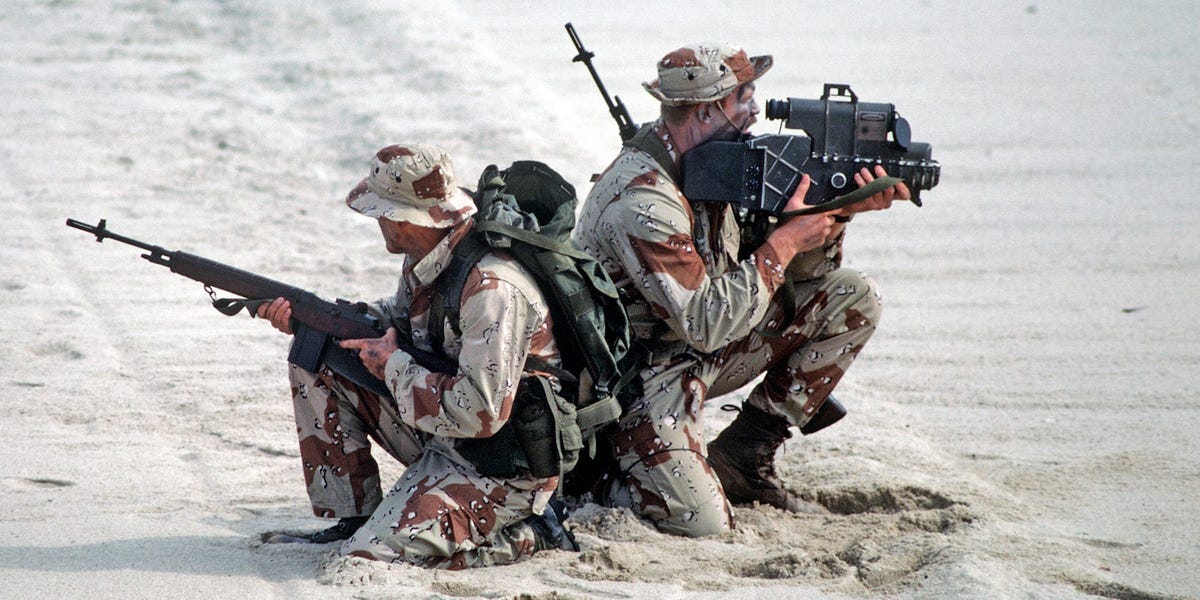 Missions that made them legendary

Special operations forces have been at the heart of American combat operations in recent years, gaining high notoriety and a reputation for carrying out high-risk operations.

But this has not always been the case. American special operators had to work very hard to take their place at the tip of the spear.

Among these forces, the US Navy SEALs stand out. In the 60 years since their unit’s formation, SEALs have operated all over the world, fighting alone or in support of other U.S. military units.

Here’s how the SEALs made their mark.

The Navy SEALs trace their origins to the frogmen of World War II.

During the war, the US Army established several special operations units to fight Imperial Japan and Nazi Germany. Notables who influenced the creation of the Navy SEALs are the Amphibious Scouts and Raiders, the Special Mission Naval Combat Demolition Unit, and the Underwater Demolition Teams.

These units conducted special and hydrographic reconnaissance, beach clearing, and conducted unconventional warfare missions in support of Marine Corps and Army units during the Island Hopping Campaign across the Pacific.

The D-Day landings in Normandy on June 6, 1944 remains the deadliest day in the history of the Naval Special Warfare community, with 37 killed and 71 wounded in action, a casualty rate of 52%.

In January 1962, as the Vietnam War was brewing, President John F. Kennedy authorized the creation of SEAL Team One and SEAL Team Two, which modeled and worked in conjunction with existing underwater demolition teams.

Since their inception, Navy SEALs have participated in nearly every minor and major U.S. military operation.

The Navy SEALs’ most famous mission was Operation Neptune’s Spear in May 2011.

Naval Special Warfare Development Group SEALs – formerly known as SEAL Team 6 – flew from Afghanistan to Abbottabad, Pakistan in the middle of the night to attack a compound believed to house Osama bin Laden, the leader of Al -Qaeda and the mastermind of the 9/11 terrorist attacks.

Another high-profile operation carried out by the Navy SEALs was the rescue of Richard Phillips, the captain of the freighter Maersk Alabama, who was taken hostage by Somali pirates off the coast of Somalia in April 2009.

An assault squadron from the Naval Special Warfare Development Group – the Navy’s special missions unit responsible for direct action raids and counter-terrorism operations – was parachuted into the Indian Ocean and linked to warships Americans monitoring the situation, including the guided-missile destroyer USS Bainbridge.

The pirates had removed Phillips from the freighter in a lifeboat and were trying to negotiate when the naval commander on scene determined that Phillips’ life was in danger. Three SEAL snipers then broke the standoff by firing from the USS Bainbridge and hitting the three Somali pirates in the head.

Another notable SEAL operation took place in the opening hours of the 2003 invasion of Iraq, when Navy SEAL operators and Special Warfare Combatant-Craft Crewmen worked with Polish special operations forces and forces to attack and capture several Iraqi oil rigs.

The rigs were the end of Iraq’s only pipeline to the Persian Gulf, and they carried millions of barrels of oil in supertankers every day. US officials feared Iraqi forces would use them to dump oil in the Gulf and sent in SEALs to neutralize them.

During a 40-minute operation, SEALs with shotguns and crowbars burst into the platforms, meeting no resistance and no casualties on either side. “‘When they saw our guns, they raised their hand,’ one of the SEALs said at the time.

SEAL operations only increased in the 2000s. The terrorist attacks of September 11, 2001 swelled SEAL ranks by 50%. Operation Iraqi Freedom, the 2003 invasion of Iraq, remains the operation that employed the largest number of Navy SEALs in history.

The cost of fame

With the operation that killed Osama bin Laden, the Navy SEALs cemented their status as a household name. In the years that followed, former Navy SEALs, including some who were part of the Abbottabad operation, leveraged that experience into second careers as pundits, authors, and motivational speakers.

While their fame greatly aided the SEALs and Navy in recruiting, it came at a cost to the unit itself. A series of scandals – including drug abuse, assaults and war crimes allegations – tarnished the reputation of the Navy SEALs.

“Let’s be honest. As a community, we’ve dropped the ball many times over the past 10 or so years. Media-facilitated public fascination has certainly played a part in our move into the limelight, but we’ve accepted.” a former Navy SEAL officer told Insider.

The books, podcasts, TV shows and movies — including “Act of Valor,” a 2012 film commissioned by Naval Special Warfare Command and featuring active-duty SEALs — that have come out in recent years “have tarnished our reputation for being ‘Silent Professionals,'” added the former SEAL officer, who still works in government and was not authorized to speak to the media.

“There is only one way to return to the shadows where we belong, and that is by keeping our mouths shut,” which also applies to Naval Special Warfare Command, the former officer said. . “You can recruit without compromising your reputation. There should be and there is a middle ground.”

Stavros Atlamazoglou is a defense journalist specializing in special operations, a veteran of the Hellenic Army (national service with the 575th Marine Battalion and Army HQ) and a graduate of Johns Hopkins University.

‘I live for both of us’: A love letter to my dead best friend | Death and die