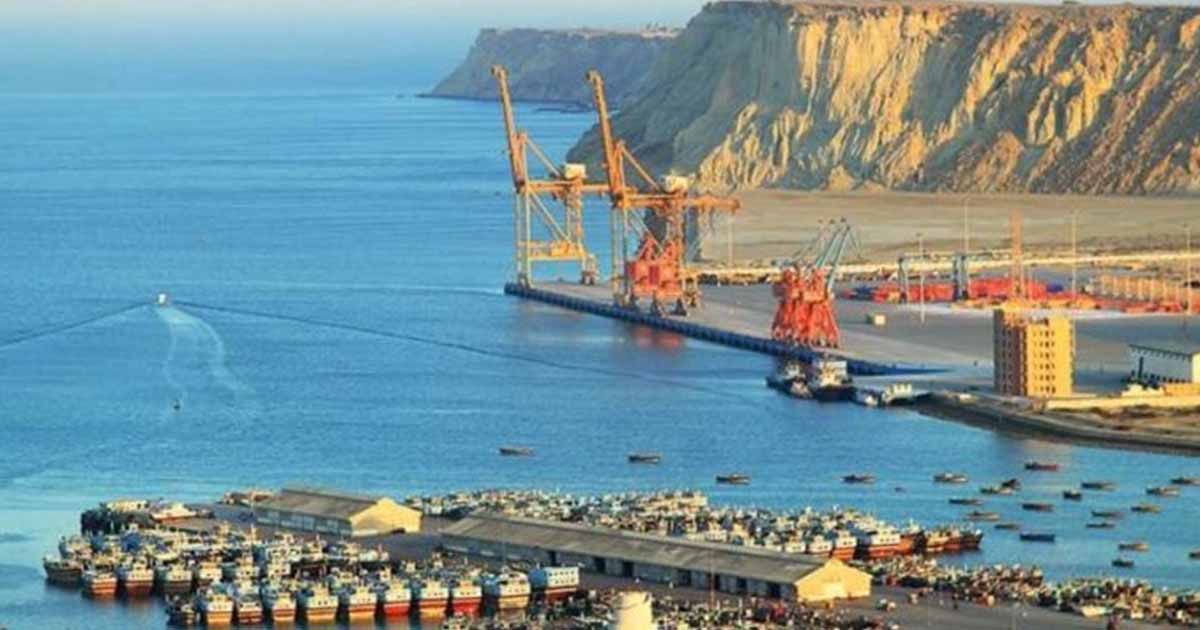 New challenges and opportunities for Gwadar and CPEC

Gwadar has been repeatedly called, and for all the right reasons, the future economic hub of the country. It was the main attraction for the Chinese to pour in the multi-billion dollar investment to build the shortest crossing through Pakistan for transporting goods across the world. As the port expands, shipping traffic will increase exponentially, which will result in a revenue stream for Pakistan. Governments in place have also worked to make the world aware of the potential the port has and want all relevant stakeholders on board.

Especially after the country’s placement on the Financial Action Task Force (FATF) gray list, large-scale efforts are needed to help build Pakistan’s investor-friendly and peace-loving image. It is very important for the long-term interest that the economic interests of countries that have a say in global affairs are attached to Pakistan.

What are CPEC’s future prospects?

For example, several countries are vouching for a trade waiver with Iran, not because they support Iran’s efforts on the JCPOA’s comprehensive plan of action, but simply because trade in oil with Iran is good for them. Indirectly, it is useful for Iran that the countries manage to obtain a waiver from the United States, as this will provide respite to its economy. With CPEC, Pakistan has synchronized China’s interests with its own welfare, but more stakeholders need to be taken into account.

The fruit of the economic activity of the port of Gwadar would be beneficial for the whole country in general; however, it is very important to meet the needs of Balochistan first. Multiple efforts have been made over the years and especially after the establishment of the CPEC to ensure that the people of Balochistan are treated as a priority. A province rich in invaluable energy and mineral resources has sadly remained impoverished over the years. This has been one of the main reasons for the unstable security situation and the escalation of the insurgency in Balochistan. As the benefits of government spending for the social welfare of the people of Balochistan would begin to trickle in, the insurgency is bound to drastically diminish.

Gwadar offers various investment opportunities for Foreign Direct Investment (FDI). Recently, Saudi Arabia has shown interest in establishing an oil refinery in Gwadar. As the security situation and the image of the country will continue to improve, more investors are likely to exploit the opportunity which offers a promising return. This would result in job creation for the Pakistani workforce and overall the country’s economic prospects would improve.

As soon as Chinese President Xi Jinping took office, he came up with the revolutionary idea of ​​reviving the ancient Silk Road. The said road connected the main commercial centers of the globe and China became the world leader in trade. This initiative is vigorously referred to as the “Belt and Road Initiative (BRI)”. It has two distinct components – the “Silk Road Economic Belt (SREB) and the “21st Century Maritime Silk Road (MSR)”. The Indian Ocean since the announcements has gained prominence in the thoughts of Chinese and Western strategists, as the two components of the BRI, namely the China-Pakistan Economic Corridor (CPEC) and the MSR, will pass through this region.

The China-Pakistan Economic Corridor, commonly referred to as CPEC, has a road-rail project that will connect the western province of Xinjiang in China to the southern port of Gwadar in Pakistan. CPEC is the flagship project of the Belt and Road Initiative which will connect more than sixty countries across Asia, Africa and Europe. Special economic zones and industrial parks will be established under the CPEC. The current cost of this mega project is $62 which is only expected to increase in the near future. Like the Maritime Silk Road (MSR), India regards the CPEC with great suspicion and is determined to sabotage this project. India’s covert support for Baloch insurgents and terrorists inside Pakistan is an effort by New Delhi to prevent the completion of this project.

As CPEC and Maritime Silk Road (MSR), both are part of China’s BRI plan. Therefore, MSR, CPEC will enhance China’s economic prowess and allow it to avoid the risks of the South China Sea, the Strait of Malacca and the Bay of Bengal and directly access the Persian Gulf. This will secure China’s energy supplies and its trade with the Middle East, Africa and Europe.

And will also boost regional economies like Pakistan. Moreover, the extra-regional forces with the help of India are wary of these projects. The clash of interests had put China at loggerheads with these powers and gave rise to the Sino-Indian rivalry in the Indian Ocean. Therefore, the success of Chinese maritime interests largely depends on the success of these projects.

The author is Assistant Professor at Maritime Center of Excellence (MCE), Pakistan Navy War College, Lahore and holds a Ph.D. in International Relations from the National Defense University, Islamabad. He can be contacted at [email protected]

The opinions expressed in this article are those of the author and do not necessarily reflect the editorial policy of Global Village Space.

2021 was Singapore’s second wettest year since 1980, with 33% more rain than average: Met Service