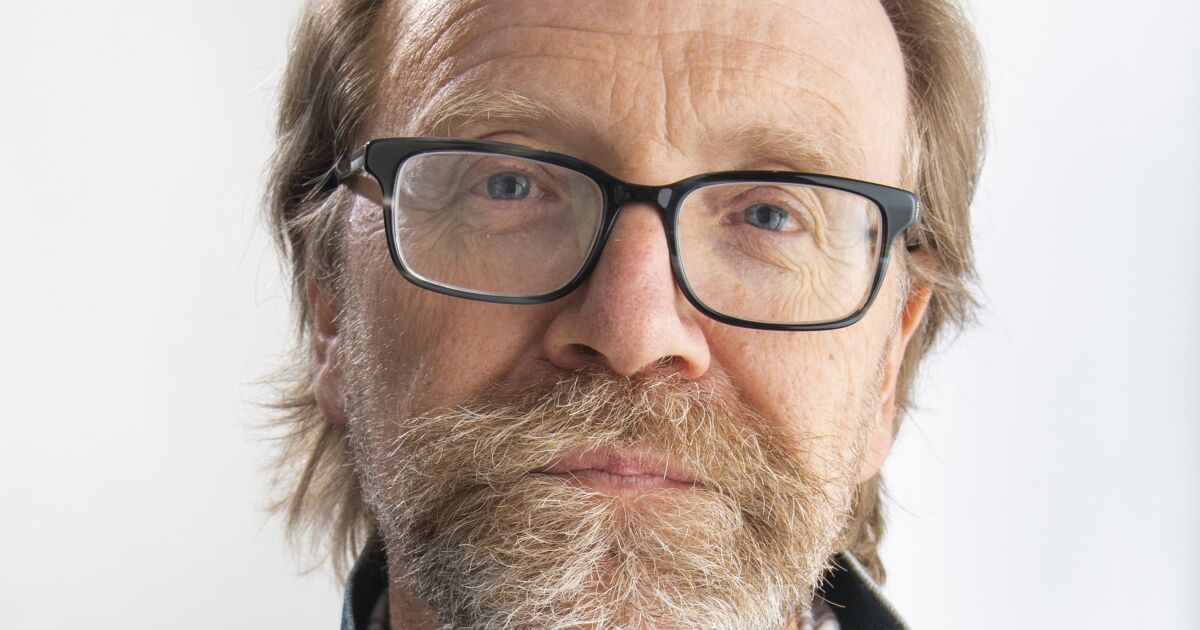 If you purchase linked books from our site, The Times may earn a commission from Bookshop.org, whose fees support independent bookstores.

Every saint is guilty until proven guilty, said George Orwell. This is bad news for George Saunders, who is probably as close to a living candidate for canonization as American literature. Saunders isn’t just a major author in the eyes of critics and readers — his only novel, “Lincoln in the Bardo,” appeared at No. 1 on the New York Times bestseller list, territory of James Patterson. — but a revered professor of creative writing at Syracuse University, the deliverer of a brilliant and slightly boring viral debut talk about kindness and a practicing buddhist.

How to take up arms against this range of virtues! A scathing review would be the easiest way. Let’s see what we can do.

The book that propelled Saunders to widespread fame was his marvelous 2013 collection of stories “December 10.” It seems there to push the fiction abruptly in the direction of the 21st century, depicting humans as they passed through overwhelming modernities. The stories were not only clever and wise but funny, that rarest quality in short fiction. He followed it with “Lincoln in the Bardo,” about Abraham Lincoln amid the Civil War’s fiercest fighting, mourning his son in a graveyard full of loud-mouthed, ancient ghosts. He won the Booker Prize. Now he has released a new collection of stories, “Liberation Day.”

Saunders often starts in the media, disorienting us with a strange language that resolves, ultimately, into sad clarity. (I suspect the technique derives from fantasy novels — whether or not that’s true, those muddles were another way “Tenth of December” so successfully mimicked the feeling of being alive after the turn of the millennium.)

And so it may in fact sound familiar to Saunders readers when, a few lines into the title story and the opening of the new book, the narrator cheerfully says, “One can be thrown off balance before the eyes of others upset and brought into a rather punitive area. (Here at the Untermeyers, a shed in the yard.)” This combination – confusing futuristic lingo punctuated by the prosaic fact of a garden shed – is quintessential Saunders.

As the story, almost a novella in length, continues, Saunders hits many of its old marks, invoking Custer, the ethics of AI, the shaky myopia of the adult children of the rich, the varieties of actors that we all perform. There is a startling violence and, in the character of an unloved housewife who seeks solace from one of the creatures (“Pinioned”), an unexpected pathos. There’s also careful consideration of two of the author’s most recurring themes: freedom from confinement and moral hazard. In other words, “Liberation Day” picks up where “December 10” left off.

But the supercollider settings just seem wrong this time. Saunders’ level of writing remains astronomically high, but suddenly there are slippages. In the title story, for example, the narrator combines a robot’s orotund diction with little comets of slang, “super nice”, “killing”, in a way more fabricated than anything in “Tenth of December “. “What’s great? he asks later. “That is what my heart yearns to ask. What is lush? What’s bold, what’s bold? In which direction is the maximum of wealth, abundance, delight? It’s beautiful writing, but in context it seems detached from the narrative, as if the author’s moral concerns had begun to precede his concerns as a writer.

Perhaps Saunders is partly a victim of his own influence; all the stories previously published here have appeared in the New Yorker, and sometimes they feel like all the New Yorker stories do now: confident, current, sad. And it’s worth repeating that even a bad Saunders story is good in many ways: all nine of this ultra-readable book contain impulses of wit and beauty, great unexpected lines, sudden laughs.

Indeed, in two of them, “Mother’s Day” and “A Thing At Work”, he reaches the heights of his previous fiction. The best of the collection is the first, about two terrible, self-righteous mothers mentally attacking each other from across the street (“Did she just live her life, mean like everyone else? “) before a hailstorm offered them a chance at redemption. Like Roberto Bolaño and Alice Munro, two other masters of the form, Saunders loves the short story’s ability to expand time, to show the newlywed as a knowing old woman won over by loss. What if your choices were wrong? What if you weren’t exactly the victim you thought you were? It is unequaled to leave such questions in the reader’s mind.

But the rest of “Liberation Day” is less powerful, as if the convulsive quality that makes art great has diminished. Instead, there are plenty of tender, extremely well-written passages about the harshness of life. And of course, life is tough, awful, and tough, and Saunders is justified in continually pursuing this subject to its roots. It turns out, I think, that holiness is real. “I want to meet the heart that is breaking on the other side of the world”, as Simone de Beauvoir said about Simone Weil.

What has fallen a bit are the stories that convey this message. The problem is that morality and art have nothing to do with each other. As in his earlier work, Saunders’ relentlessly human view of life, always comically searching for our deepest negations of each other, is remarkably vivid. But his innovations as an artist turned into repetitions; and genius is an erratic visitor.

Finch’s novels include the mysteries of Charles Lenox.