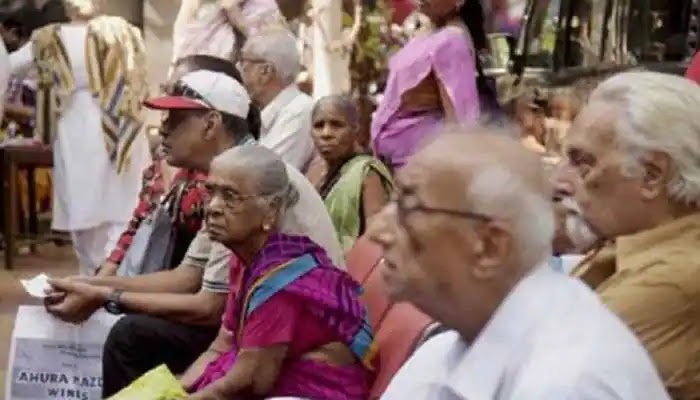 Counter-view office
In an open letter to Prime Minister Narendra Modi, more than 100 civil servants, protesting against the change in the central civil service retirement rules, said it would reduce “the freedom of speech of retired civil servants”.
Belonging to the Constitutional Leadership Group (CCG), the officials say they have “no political affiliation but have come together because we believe in impartiality and neutrality and in upholding the values â€‹â€‹of the Indian Constitution.”

We were surprised, and deeply disturbed, by the recent amendment to the Central Pensions Regulations notified by the Ministry of Personnel, Public Complaints and Pensions on May 31, 2021. By this amendment, retired civil servants who worked in a intelligence or security-related organization included in the second schedule of the Right to Information Act 2005 must obtain permission from the head of the organization if they wish to make a post-retirement publication, if that publication concerns and includes:
(i) area of â€‹â€‹the organization, including any reference or information on any staff member and their designation, and the expertise or knowledge gained while working in that organization;
(ii) sensitive information the disclosure of which would prejudice the sovereignty and integrity of India, the security, the strategic, scientific or economic interests of the State, or the relationship with a foreign State or which would lead to incitement to an offense (posting here would, presumably, be an inclusive term encompassing verbal communication, although this is not very clear).
We do not understand why such an amendment is necessary to the central pension regulation, when there is already a 1923 law on official secrets and the state can, under it, prosecute civil servants and former civil servants. that reveal information harmful to the state.
The pension is a right which accrues to each civil servant for the service rendered while he was in the government. It is only subject to future good conduct and can only be withdrawn in the event of a conviction for serious crime or serious misconduct. If writing on certain subjects constitutes serious misconduct, the government can certainly take steps, according to the law, to deprive the former civil servant of his pension.
The practice of retired bureaucrats writing their memoirs or articles on different aspects of the work they have done during their working years or commenting on current affairs using their knowledge of the “field” is universal and appreciated around the world. . Only those who have been involved in security matters, internal or external, can speak with authority and credibility. Other experts in the field, academics and even interested members of the public eagerly await such words of wisdom based on their personal experience. It helps current practitioners to perform better.

It is true of India, like any other country, that the government version of events, current or past, is taken as the ruling party’s point of view and does not necessarily reflect the whole truth. It is for this reason that the views and memories of former practitioners, freed from the constraints of the office, are valuable.
The recent change in retirement rules attempts to impose a silence that will severely affect scholarship and be a permanent obstacle to understanding the imperatives of our security concerns. Agents who have spent their lives dealing with security matters are unlikely to be irresponsible and reveal sensitive secrets.

The laudable goal of ensuring that retirees do not disclose any sensitive material to the detriment of the security of the nation is best achieved by reiterating the Official Secrets Act and taking tough action in the event of a breach.

And if the government is concerned with protecting national security in accordance with the times and the Indian Constitution, it should also consult widely with political and civil society as well as the legal fraternity to find a replacement for the Official. Secrets Act, which itself is contrary to section 19 of the Constitution.

In 2008, the UPA government attempted to introduce such an ordinance for officers who had served in the IB and RAW. The order was widely criticized

We believe that the drafters of the new rules did not give thought to the consequences of the ordinance. This would mean that before publishing an article or speaking at a seminar or interview, the retired officers concerned would have to obtain prior authorization.

The establishment’s reported assurance that the order, in fact, makes it easier for officers to contact their former employer to seek clarification before speaking, is too stupid to even merit comment. If strictly enforced, it could also mean, in effect, that no retiree from the specified services can participate in seminars or discussions, much less engage in Track II dialogues, even if it does not. maybe not the intention.
In 2008, the UPA government attempted to introduce such an ordinance for officers who had served in the IB and RAW. The order was widely criticized and ultimately withdrawn. The famous lawyer AG Noorani then underlined that â€œthe fundamental right to freedom of expression, which includes the right to know, is not absolute. But the state can only impose “reasonable restrictions” on the law, on the grounds specified in Article 19 and only by “law” and not by executive decree.
With the current ordinance, the government has gone beyond the 2008 UPA government ordinance. With this ordinance, India also acquires the dubious distinction of being, perhaps, the only major democratic country in the world today that effectively prohibits its employees from expressing their opinions after they retire.

Oddly enough, this applies to all retired officers, even those who retired decades ago. unhindered state power
In 2008, the UPA government, perhaps convinced of the inaccuracy of the ordinance, ultimately did not implement the amendment. We hope the current government will show the same sagacity.
Satyamev Jayete

The outcry grows over the “amber plus” decision in France