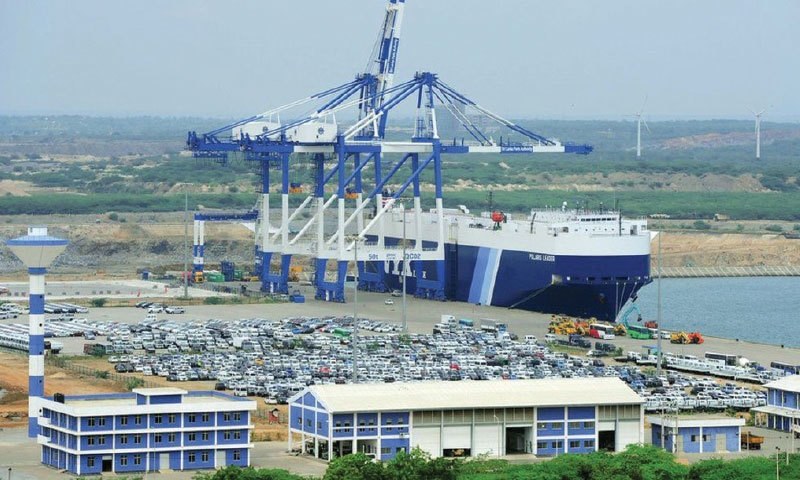 With The Emperor’s New Road: China and the Project of the Century, Jonathan E. Hillman has delivered an accessible and timely volume that deserves a wide readership, including in Pakistan, where the current wave of Chinese investment is being greeted as a panacea for what is popularly seen as Pakistan incapable of realizing its development potential.

Offering a ground-level view of China’s Belt and Road Initiative, The Emperor’s New Road has Hillman, senior researcher at the Washington-based think tank Center for Strategic and International Studies, traveling between Central Asia and South Asia – including a chapter on Pakistan and the China-Pakistan Economic Corridor (CPEC) – to the Horn of Africa and Europe to understand how Chinese investment abroad is creating new opportunities and, potentially, pitfalls too.

Given the extensive media coverage enjoyed by China’s Belt and Road Initiative, or BRI, it suffices to speak briefly about it here. The BRI is best understood as a broad framework – which has been gradually rolled out since 2013 – for improved global connectivity, through infrastructure funding from the Chinese state, Chinese state-owned enterprises (SOEs) and private companies. Chinese.

Inspired by imaginaries of a once-connected Eurasia, the BRI’s economic corridors present themselves as the Silk Road of modern times (for Pakistani readers, CPEC would be one of six economic corridors being considered as part of the the BIS). That each of these corridors originate from China is a nod to the origin of the BRI, as well as to the emergence of China as a global economic power. The BIS coincides with the fact that China has become one of the main sources of foreign direct investment abroad, a process that has in fact been underway since the turn of the century.

Like other foreign investment regimes, it is difficult to separate the BIS from foreign policy in general. Therefore, we find that the BIS is welcomed by countries like Pakistan, which see the rise of China as a fix to Western hegemony. Other states, like India and Japan, are expressly cautious about how the BRI might affect the complex relationship with China.

Yet other countries, Djibouti for example, or the Central Asian republics, may seek to balance Chinese interests with those of other powers, including Russia and the United States. With the BIS, momentarily at least, China finds itself with a pronounced role on the international stage, as it pursues what Hillman describes as “the” project of the century.

This pronounced role is being deployed in each country. The BRI, as Hillman reminds readers, is about both connectivity with China and infrastructure development in host countries. Bolstered by more than $ 1 trillion in investment capital and new financing mechanisms, the BRI has the potential to be transformative in many countries in Asia, Europe and Africa, where infrastructure – roads to railways, fiber optics to seaports – are either under construction or newly completed.

For Asia’s burgeoning middle class – a demographic that stands to benefit from upgrading infrastructure through uninterrupted electricity supplies, for example, or through new highways – new infrastructure seems like a straightforward proposition.

But the balance sheet is more complex. Investment in infrastructure is based on the assumption of its future use. This has not always been the case with infrastructure along the BRI’s sea and land corridors. After visiting the new port of Khorgos, located on the Sino-Kazakhstani border and designed as a gateway for rail traffic between China and Europe – which is long expected to increase rapidly – Hillman concluded that “it does not Only one thing was missing: a real train. . ”

Hambantota, the newly built port in Sri Lanka located a few miles from one of the busiest sea lanes in the world, not only never ended up creating the expected 100,000 jobs but, according to Hillman, only attracted one percent of Sri Lanka’s total traffic. (the port of Colombo was already serving Sri Lanka’s shipping needs). Instead, funded and built by China, Hambantota ended up adding to Sri Lanka’s “crippling debt burden.”

By the way, Pakistan has also seen spectacular transit projections. For example, in May 2017, Chief Economist of the Planning Commission of Pakistan, Dr Nadeem Javaid, predicted that by 2020, four percent of world trade would pass through Pakistan as it headed from China to world markets, with the implication that Pakistan would have been able to collect billions of dollars in transit fees. Needless to say, nothing like this happened. In itself, the mere construction of new infrastructure is not a guarantee of their use, nor is its use a guarantee of successful financialization.

Large-scale development, as Hillman reminds us, is never all top-down. The fact that small countries, as well as individuals, are able to exercise their power of action is an important corrective to seeing power only as one-way.

Consider two examples, both from Hillman’s discussion of the Horn of Africa. On board the recently opened Djibouti-Ethiopia railway – for which $ 3.3 billion in investment came from China – Hillman describes how all-new Chinese train cars have been turned into bustling common spaces, with travelers opening up packets of food, sharing food and going out on conversation. Also speaking of the agency, Hillman describes how, when the newly opened train accidentally mowed down 15 camels, the railroad company compensated owners twice what the animals were worth, with the result that animal victims on the along the railway line have become incentives!

What The Emperor’s New Road does well, I think, is nuance the way we understand the BRI. To the extent that new infrastructure promises physical development and accelerated growth, foreign investment – Chinese or otherwise – should be sobering: too often the world has seen how underutilized infrastructure is, projections of commercial traffic does not materialize and countries go into debt.

Equally important, and often overlooked, is what is happening at the local level. While it is undeniable that many benefit from improved transport infrastructure, telecommunications and electricity, the same people may also face environmental degradation, community change and security. Indeed, as Hillman notes, if the BRI’s most powerful images are “symbols of stasis” – it mentions checkpoints, long lines of trucks and barbed wire – then, “there will be no much to remember “.

The Emperor’s New Route is a welcome addition to a growing collection of books seeking to understand a rapidly rising China and how global China is transforming the world beyond its borders. It is not written so much for academic scholars, but for the general public and the political community, who seek an up-to-date, lively and thoughtful account of how far the BIS has come and where we can possibly go. enter.