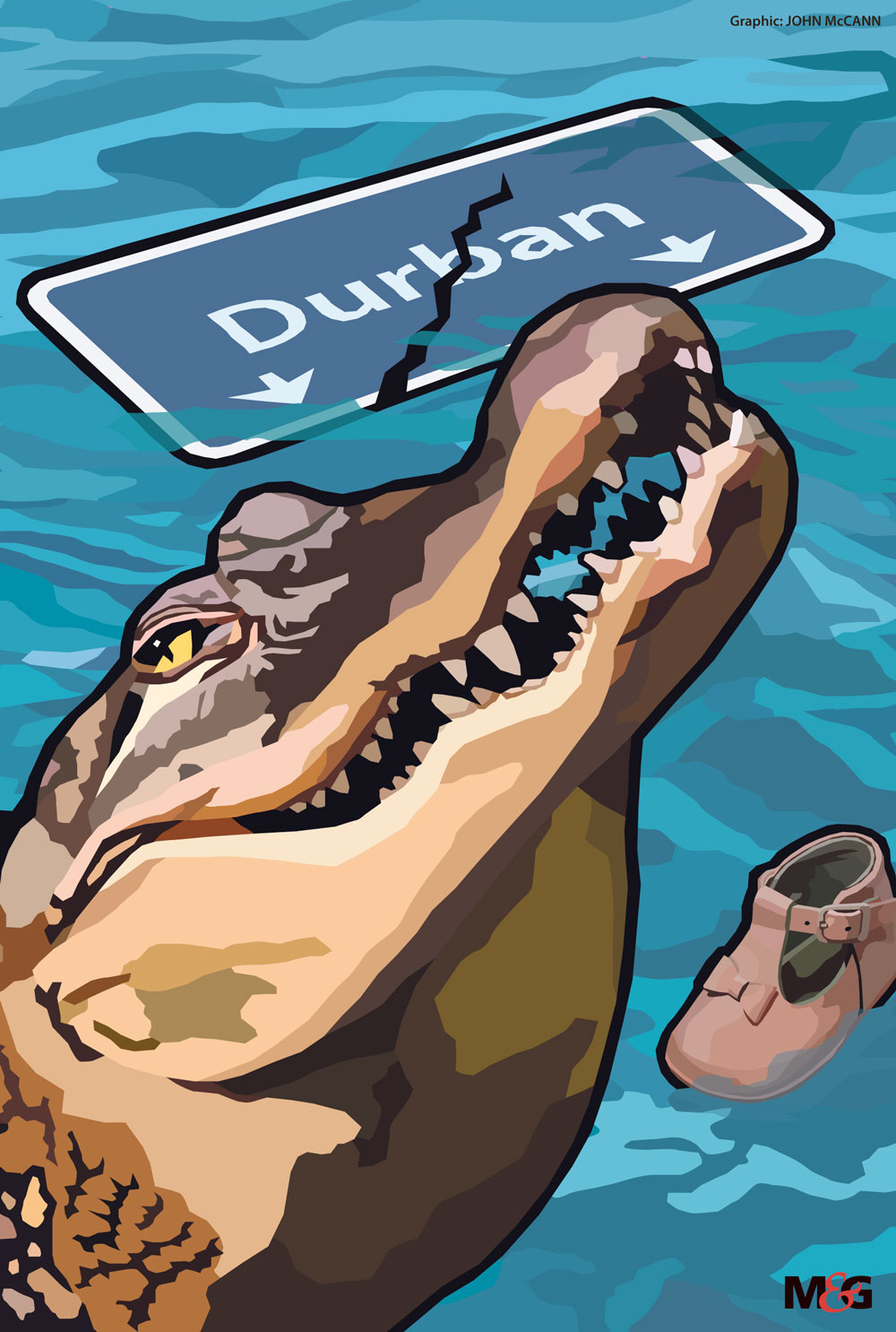 NOTICE | Wretched areas of the damned in South Africa

Degraded areas are abandoned places where state care has ceased. These are places of liveliness that rent at night. These locations are usually out of sight and away from media and camera glare. Villages dotting the Wild Coast, swathes of land in Limpopo, dry plains in the Free State and suburban townships of death. Places where health care doesn’t exist, grassy hills serve as toilets, criminals come to hide, justice is ours, old women must be witches, and where rape is a punishment. These are places that cavalcades of politicians visit once every five years.

Until recently, the city was a place of respite from the unseen evils of the village. Migration to the cities consisted of both seeking employment and fleeing rural life, where death became commonplace. But now, as mayors and politicians feed at watering holes and fill their bellies with public funds, we are witnessing the collapse of the city. The city no longer offers relief and opportunity.

Durban was in free fall before recent floods destroyed it. Trained by taxi gangsters and the ANC calamity and Inkatha murder spree of the late 1980s and early 1990s, city officials hired hitmen to kill political opponents and watchdogs long before this iteration of flooding. As floodwaters threatened the town and surrounding areas, the ANC’s eThekwini region appointed the former mayor, who had been formally charged with corruption, as its leader.

Rewarding crime, corruption and gross performance for wealth has come to define the very pulse of KwaZulu-Natal politics. Instant wealth is rewarded with celebrities and TV shows.

Grime accumulates on the Esplanade, the port goes bankrupt, the capital migrates north to Umhlanga, elevators stop working, parts of the city become no-go areas, and rubbish rots in the damp. Hunger stalks expanding homeless communities sleeping in urine-soaked alleyways. Lampposts are not replaced and poles and infrastructure are washed away, first at night, then in broad daylight.

And then the rains come with a rage and ferocity of biblical proportions. With drains clogged with neglect, fall foliage and the possessions of those living on the streets, water levels rise. They rise above street level, break through doors, shoot walls and uproot foundations and trees. The waters flow over walls that for a long time had no gutters. Floodwaters run up the stairs and trickle down the elevator shafts. Potholes gurgle and choke. They stretch and tear the roads. The tar gives way and flows with the mud. Bridges take shelter and give way as raging rivers and port containers approach. Doors, trees, tables, roofs, infants and their grandmothers, beds, dishes and walls float on the rivers and thunder towards the Indian Ocean. New rivers emerge where people used to live and they too flow into the ocean.

This flood did not spare the middle classes who live above the ocean in eMdloti. The land gave way under multi-million rand flats and opened bloody ravines to the ocean. The Indian Ocean responded to the insatiable greed of city officials and swallowed everything in its path to spew up livelihoods and bodies like swollen rubbish in the days after the rains ended.

But like all tragedies, the grieving classes are always working-class and black. Those who cannot turn to insurance, second homes and savings. These are the damned of the Earth by Frantz Fanon whose dazed faces we see looking for their dead, their cattle and their meager possessions. Our television screens are filled with their haunted eyes.

The image and the words of a man who is actually looking for his grandmother and his niece in the forests keeps me awake. A smell in the wind led him to the decomposing body of a little girl. Fatigue does not stop his search.

People scatter and dig for bodies. Their feet are crushed in the red mud. Their weary eyes scan the earth and the ravines. They search around a hat in hopes of finding its owner. The flood buried many of its victims. A woman tells a reporter that she regrets not dying with her mother and daughter. Her tears don’t stop and she speaks without caring about her flooded face.

Tragedy is in the air of this ruined city. It is still filled with the sickening violence of the July 2021 unrest that threatened its very foundations. If Pietermaritzburg has fallen in 2021 and Msunduzi Municipality is on its knees, then this year is Durban’s fall. One felled by fire and the other by water. Here, violence vibrates like an earthquake. These colonial cities were built on violence.

When settlers named Durban and Pietermaritzburg declared the cities, it was an act of violent dispossession. Zulu nationalism, which consolidated the independent clans of this region into one nation, was a violent act. We could celebrate the king — bayede — but the winds of the night carry the ancestral cries of the wounds of the old defeated chiefdoms. The war of Inkatha and the ANC killed people whose souls wander in the hills. Violence is sedimented and has found a home here. Floods cannot wash away the blood that stains the sand. Governance is a violent business.

City officials clear their throats. Their faces look smitten but they rub their palms under the table as pledges of funds are made. They divert water tankers and food trucks to their homes. They create committees and revive patronage networks. The floods have revived their popularity and they give interviews all day.

But the screams run through the night as mourning classes begin to bury their dead. Weeping classes dig under the reeds in hopes of finding the dead to give them a dignified funeral and keep them from being eaten by hungry dogs. In the Ntuzuma D section, the cemetery is dug by water and the bones of the dead stand. A skull here, a femur there and pelvic bones brush against those of the neighbors. The newly drowned meet the long dead on the surface of the earth in a macabre dance of necropolitics.

The political hyenas show their teeth.

There is no electricity for a week. It’s slowly coming back. But it remains grim in the dilapidated areas of dereliction where TV cameras and cellphone networks don’t reach. Large swathes of the city’s sprawling townships remain without water. People join long queues at dawn and wait for tankers.

A water worker is shot dead at the Ottawa municipal depot. Bullets in the head and in the abdomen. We assume she might have believed the instruction that bribery was suspended during this crisis. But feeders want to eat during pandemics and flood-induced pandemonium. The contract killers make a killing. The inhabitants begin to fight for water.

Bridges are washed away, schools are roofless. Hospital and clinic beds, patient records and equipment float gently in the receding waters. Women give birth on the banks of rivers and the Black Death continues. Cholera makes his head come out of the water. She bides her time. Crocodiles turn in circles with their protruding eyes looking slyly without seeming to see.

The town’s mayor wears his mayor’s chain. No one told him that his city had fallen. No one told the Premier that with totally eroded trust, donor agencies now run the fallen city.

The views expressed are those of the author and do not reflect the official policy or position of the Mail & Guardian.