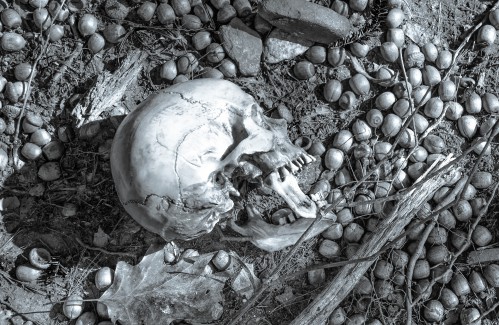 Jean Stimmell, a retired stonemason and psychotherapist, lives in Northwood and blogs at jeanstimmell.blogspot.com.

I never considered myself disabled until recently after listening to a podcast on disability theory. After all, I was not in a wheelchair. It never occurred to me that I and my fellow aging baby boomers are already disabled, despite the indisputable evidence that our minds slow down, letting out memories like a sieve, while our bodies disintegrate. like cars in a demolition derby.

This is why, according to the theory of handicap, old age itself is a handicap.

Like most of us, I’m in denial, resisting the idea that I’m going down and ever dying. It’s hard to be old in a country obsessed with youth. In our consumer society, an entire industry has sprung up selling us stuff to keep us in our prime forever (or so they claim.) They know they have to work fast to cash in before that we do not fall on the belly.

It is a bitter pill to swallow to admit that old age is a progressive disability with death as the end result. But it is also a wake-up call to remind us of the task ahead. As James Hillman, the eminent Jungian psychologist, tells us, our mission in old age shifts from self-preservation to finding meaning in our lives.

“The ancients have gravity when their insight reaches into the unseen core of things, that which is hidden and buried,” he writes. “When the body begins to sag, it lets go of imposture and hypocrisy. The body leads the way, deepening your character.

John Donne proclaimed the same message when preaching from the pulpit in the 17th century: “Death—the imminent fact of it, its finality, and its clarifying power—calls us to attention and awakens us to life.” This is also the fundamental belief of Buddhism. Death is not seen as a descent but as a final stage of growth.

Frank Ostaseski, Buddhist teacher and visionary co-founder of the Zen Hospice Project, writes that we gain wisdom and compassion by facing death. In doing so, we discover the crux of what we share in common with our fellow human beings: the absolute uncertainty of our lives.

“We realize the basic truth that everything comes and goes: every thought, every play, every life. We see that dying is in the life of everything. »⁠

Resisting this truth leads to pain. You would think I had long since come to terms with the reality of my mortality from so much close contact with the death of a wild and crazed youth, the Vietnam fight, and four cancers. But this is not the case. I still live in a blissful state of denial unless I deliberately force myself to focus on my end, which I am doing right now while writing this essay.

Some Buddhists encourage this exercise by doing various graphic visualizations, such as meditating on their own body in a worm-eaten coffin, meditating in front of a corpse, or carrying an image of a corpse as a constant reminder that death is real. .

While researching for this essay, I discovered an intriguing alternative to corpse meditations: a green burial on my own land. Not only does it force me to deal with what is to come, but it does so in a restorative and spiritual way.

To convey what I imagine would happen if I were buried comfortably in my beloved land, I can do no better than to paraphrase the poetic words of Casey Lyons, taken from the current edition of Orion magazine.

“The poisons inside my body will be neutralized by the fungi and I will travel through the mycelium to the roots in a sprawling, though poorly understood, exchange that underpins life. My edges will become blurred, then empty of meaning, as the mushrooms reorganize my body towards life again. Then I will grow back in the sun on my land where I was happiest, perhaps as a leaf or an insect, soil or bird, snake or rabbit. In no time I will be gone and yet everywhere. Joined. Bound. Safe.”

I used to envy deeply religious people who were convinced that death was not the end but the beginning because they would be ushered into eternal life. Now it looks like I can have that assurance too.