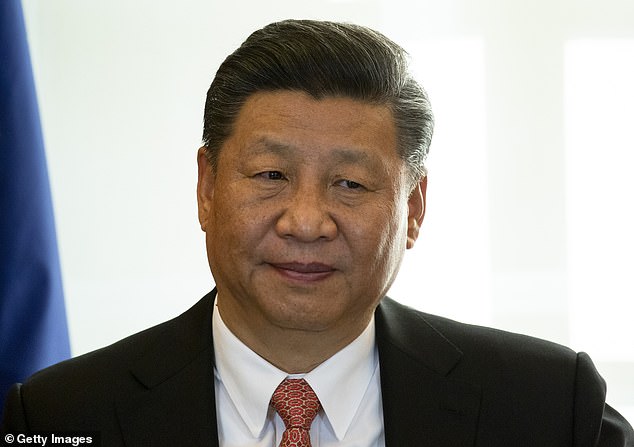 The Philippines pulled out of an infrastructure financing deal with China worth nearly $5 billion after Beijing failed to provide the money.

New President Ferdinand Marcos Jr has torn up plans brokered by his predecessor, Rodrigo Duterte, citing Beijing’s inability “to follow through on requests for funding”.

It was as part of China’s multi-trillion-dollar Belt and Road Initiative (BRI) to expand its global influence in the developing world.

In return, China hoped the Philippines would give up its claims in the South China Sea.

But Marcos, known in his country as “Bongbong”, has pledged to take a tougher line on national sovereignty – and to make the Philippine economy more independent.

The significant funding gap for the proposals must now be filled by another country or with private capital.

A Chinese official told Reuters: “I can say that China-Philippine cooperation on railways will continue.”

“China is open to talks with the Philippines.”

Ferdinand Jr is the son of the longtime Filipino dictator of the same name and his socialite wife Imelda.

She is said to have owned 3,000 pairs of shoes as her country starved.

What is the Belt and Road Initiative?

Unveiled in 2013 in Kazakhstan and Indonesia by Chinese President Xi Jinping, the Belt and Road Initiative is the most ambitious infrastructure project in modern history.

The multi-trillion-dollar initiative involves hundreds of projects, most of them built by Chinese contractors and funded by loans from Chinese state-owned banks, in an arc of 65 countries from the South Pacific to Africa, l Europe and the Middle East via Asia.

The countries of the initiative represent 40% of the world’s growth in gross domestic product and 44% of the world’s population, according to an analysis by Morgan Stanley.

By July 2018, more than 100 countries and international organizations had signed “Belt and Road” cooperation documents with China, expanding the initiative’s reach from the Eurasian continent to Africa, Latin America and the Caribbean and the South Pacific region.

The Chinese government calls the initiative “an attempt to improve regional connectivity and embrace a brighter future.”

Critics, however, see it as a boost for the country’s position as a global economic powerhouse with a China-centric trade network burying some countries in massive debt.

Of more than 1,100 km (680 miles) before World War II, the Philippines had only 77 km of operational railways in 2016, well behind other urban centers in Asia, according to government data.

Negotiations for the rail projects began in 2018, during a Duterte-led thaw in relations between China and the Philippines.

Under Beijing’s Belt and Road Initiative (BRI), Chinese companies are already building roads, bridges and airports in 70 countries where China seeks to increase its influence.

The pursuit of a “New Silk Road” between Asia and Europe is the flagship of President Xi Jinping’s Chinese expansion plans.

It is made up of a “belt” of six land corridors that direct trade to and from China and a maritime “route” of shipping routes and seaports from the South China Sea to the Indian Ocean.

BRI pillars already built include freight rail links from Wuhan to Lyon and Chengdu to Prague.

Announcing his own BRI expansion in Davos five years ago, President Xi said it was time for China to “swim in the vast ocean of the global marketplace”.

But the BRI has grappled with allegations of corruption, opacity and fraudulent bidding since its launch nearly a decade ago.

Author Johnathan E. Hillman, an adviser to the US State Department, wrote: “By limiting outside scrutiny, the initiative’s lack of transparency gives Chinese companies an edge in risky markets and allows Beijing to use big projects to exert political influence”.

“As Chinese companies push deeper into emerging markets, inadequate enforcement and poor business practices are turning the BRI into a global trouble trail.”

Mr Hillman added: “The international community should come up with better alternatives to Chinese lending and raise awareness of the dangers of opaque approaches to building infrastructure.” Leaders in recipient countries must also demand greater transparency or risk drowning in the troubled waters of the BRI.

Two weeks ago, G7 leaders posed during a photocall at Elmau Castle, Bavaria, after launching a rival infrastructure plan, the Partnership for Global Infrastructure (PGII) worth 500 billion pounds.

China has lent billions of dollars to African nations (shaded red, countries that have accepted money, with darker colors indicating higher debt levels) while building ports, power stations, railways and roads. Beijing has also built a military base in Djibouti and plans more – with “probable sites” in Angola, Kenya, Tanzania and the Seychelles (blue pentagons). There is also a possibility of a new naval base on the west coast (shaded blue)

China has injected at least $7 billion in investment into the Caribbean since 2005, records show, although the actual figure – when concessional loan agreements and private investment are taken into account – is well into the tens of billions. Flagship projects include a cricket stadium in Grenada, a casino and resort in the Bahamas, and the acquisition of Jamaica’s largest port

Last month, G7 leaders revealed their own $600 billion investment plan for the developing world in a scathing rebuke to China’s Belt and Road initiative for global expansion.

Unveiling the West’s plan at the G7 summit in Bavaria, President Biden said: “I want to be clear. This is not aid or charity. This is an investment that will pay off for everyone. the world.

“This is a chance for us to share our positive vision for the future and allow communities around the world to see for themselves the concrete benefits of partnering with democracies.”

Mr Biden added: “Because when democracies demonstrate what we can do, all that we have to offer, I have no doubt that we will win the competition every time.”