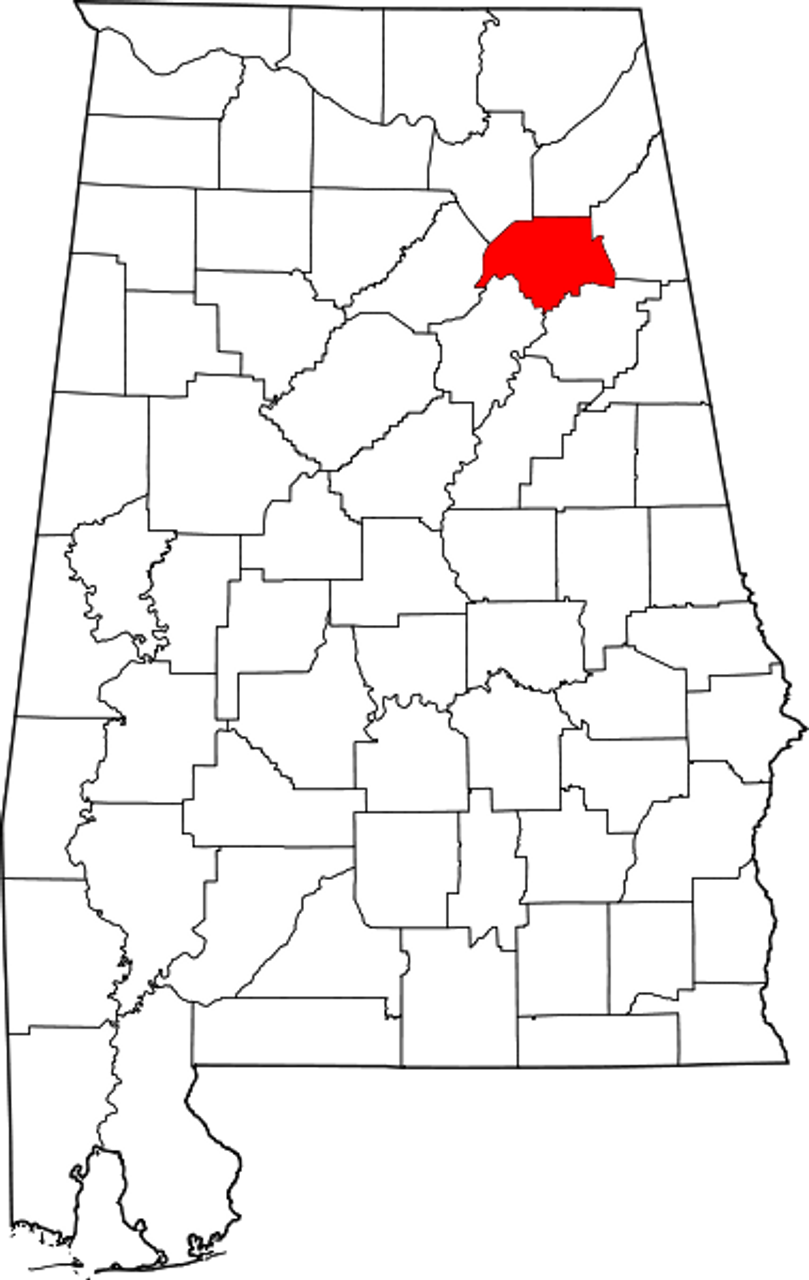 According to research by National Advocates for Pregnant Women (NAPW), one county in Alabama has locked up more than 150 pregnant women and new mothers since 2010 for using drugs during pregnancy. State chemical hazard laws were written to protect children from drug exposure; they have been used for years to punish pregnant women. Mandatory stipulations for rehabilitation have kept many women in jail for months, putting both their unborn children and their own health at risk.

Ashley Banks, 23, was released from Etowah Detention Center on August 25 after being arrested in May with a small amount of cannabis in her possession. She confessed to police that she had taken drugs two days before, just before finding out she was pregnant. She was placed in an overcrowded cell and told she could have a bottom bunk – the only allowance given for her high-risk pregnancy. The bottom bunk was assigned to two women, however, and Banks ended up sleeping on the floor.

About six weeks after his arrest, Banks began bleeding vaginally. A deputy escorted her to nearby Gadsden Area Medical Center where she was diagnosed with a subchorionic hematoma. The disease causes blood to pool between the amniotic sac and the wall of the uterus and can lead to miscarriage – vaginal bleeding is associated with an even greater risk. For five weeks, Banks continued to bleed. She told AL.com reporters that she was often hungry and had fainting spells.

Two separate specialists assessed Banks for signs of drug addiction, each determining that she was not a drug addict and therefore would not be eligible for inpatient rehabilitation. Alabama’s chemical endangerment laws condition release on posting $10,000 bail and mandatory drug rehab. Despite raising $10,000, she couldn’t bond without agreeing to the pardon. And because she didn’t have an addiction, she wasn’t eligible for treatment. She remained in Etowah Detention Center, sleeping on the floor and trying to maintain an at-risk pregnancy, until a judge released her to a community correctional program on August 25.

Dr. Carolyn Sufrin researches and reports on the effects of incarceration on pregnancy at Johns Hopkins University School of Medicine. In an affidavit recommending Banks’ release, she advised:

“The stress and conditions in jails and prisons, including lack of consistent access to prenatal care and standard mental health care, poor nutrition, poor sanitation, insect and vermin infestations, poor ventilation, tension, noise, lack of privacy, lack of family and community contact, can be detrimental to physical and mental health, which can lead to poor pregnancy outcomes for both mother and child. baby.

Emma Roth, a lawyer with National Advocates for Pregnant Women (NAPW), believes Banks was one of 12 pregnant women detained at Etowah on chemical endangerment charges in August.

Hali Burns has been detained at Etowah for two months. She was detained six days after the birth of her second child because she tested positive for methamphetamine and Subutex. Burns has a prescription for Subutex, which is used to treat opioid addiction during pregnancy. His attorney says the sinus meds caused a false positive for methamphetamine – at least four different legal drugs are known to do so. Burns was arrested in the neonatal intensive care unit (NICU) while visiting her six-day-old son.

“When she got to jail, she was just out of the hospital,” Burns’ boyfriend Craig Battles told AL.com. “She didn’t even have panties or sanitary napkins and she had just had a baby. She would put paper towels or toilet paper in her pants to stop the bleeding.

Battles attempted to bring Burns’ underwear and towels to prison, but prison staff turned him away, claiming those items were not allowed.

Burns’ lawyer, Morgan Cunningham, argued during his August 18 hearing that the bond was intended to protect the public and ensure the defendants would appear at trial. Mandatory drug rehab, Morgan said, was for naught.

“I have reckless murder cases where defendants have been released on bail,” Cunningham told the judge. “Forcing him to go to rehab is unconstitutional.”

Etowah County Assistant District Attorney Carol Griffith said the bail terms protect Burns’ children from harm caused by the parents’ drug addiction. She pointed out that Burns had already been through drug court and had recently failed a drug test administered inside the prison. She was scheduled to go to rehab, but had to stay in jail after testing positive, according to court documents.

Griffith then claimed, “This is further proof that this is someone who desperately needs the help we are offering here today.”

The judge then echoed Griffith’s ironically nonsensical argument in the ruling: “It is undisputed that the petitioner is in need of drug treatment; she would have been placed in said treatment center on August 18, 2022 had it not been for her positive drug tests the day before.

Burns was returned to the prison where she had received drugs in the first place.

“There is a problem with the jail,” said Martin Weinberg, another attorney for Burns. “Prison is not a safe place for her.”

The Etowah County Detention Center has a well-documented history of inmate abuse. In 2018, the World Socialist Website reported that the Etowah County Sheriff pocketed money meant to feed inmates. The cells are overcrowded, largely due to drug offences. The same prison staff who deny a bleeding woman panties and pads somehow manage to allow the drugs to seep into the facility.

According to Emma Roth, “Bond is not intended to help defendants, nor to punish defendants”.

The cases of Burns and Banks underscore the fact that Alabama’s chemical endangerment bond requirements are designed to punish defendants. Enacted in 2006, the Chemical Endangerment Acts were initially intended to give prosecutors more leverage against defendants in drug-related crimes by making it illegal to expose children to drugs or their production.

The decision of the Supreme Court of Alabama in Ex Parte Hicks in 2014 effectively extended the scope of the law to pregnant women. He upheld the conviction of Sarah Hicks, a mother whose healthy child tested positive for cocaine after birth. In the ruling, the judges said the fetuses “unambiguously” counted as children under Alabama law, writing:

“The use of the word ‘child’ in the Chemical Hazards Act includes all children, born and unborn, and reinforces Alabama’s policy of protecting life from the earliest stages of development.”

In reality, the law protects nothing but state attack on democratic rights. The irony is inescapable: Ashley Banks was arrested for smoking marijuana before she even realized she was pregnant. In order “to affirm Alabama’s life protection policy”, she was sent to a prison where she was given starvation rations and forced to lie on a concrete floor while she bled. Bail stipulations supposedly written to help women like Burns access rehab saw her denied a planned stay at a rehab center in favor of being sent back to jail where she first gained access to rehab. dope.

The Alabama Supreme Court’s recognition of a fetus as a child under the Chemicals Endangerment Act was strongly protested by NAPW and other organizations, who saw it at rightly the beginning of the end of guaranteed abortion rights. This presaged the more recent “Fetal Personality Laws” and “Heartbeat Laws” passed in conservative states.

No one should be fooled by the moralizing posturing of legislators who uphold these laws. Nothing about the treatment of Burns or Banks at Etowah Detention Center asserts a policy of protecting life. Burns and Banks are just two of many women who, along with their children, have been put at risk by Alabama’s fetal protection laws.

At the same time, no one should hope that Democrats will strive to abolish such laws. It was evident in 2010, and again in 2014, that the Republicans intended to overthrow roe deer. Instead of acting to protect abortion rights despite having a majority in the Senate, Democrats ignored the obvious threat and, in some cases, even mocked those alarmed by the movement’s efforts. anti-abortionist to use the courts to override popular support for abortion rights.

The danger extends far beyond the right to abortion. These laws erode any privacy rights once recognized in the United States, giving the government more ammunition against journalists like Julian Assange or whistleblowers like Chelsea Manning and Edward Snowden.

The reversal of Roe vs. Wade, like the January 6 coup attempt, underscores and demonstrates the consequences of the collapse of American democracy. The pretenses are falling faster and faster. There is no time to waste on reforms or attempts to nudge the Democrats lightly to the left. Laws like Alabama’s chemical hazard statutes are declarations of class war against workers. Democratic rights can only be strengthened by engaging in the struggle for socialism.