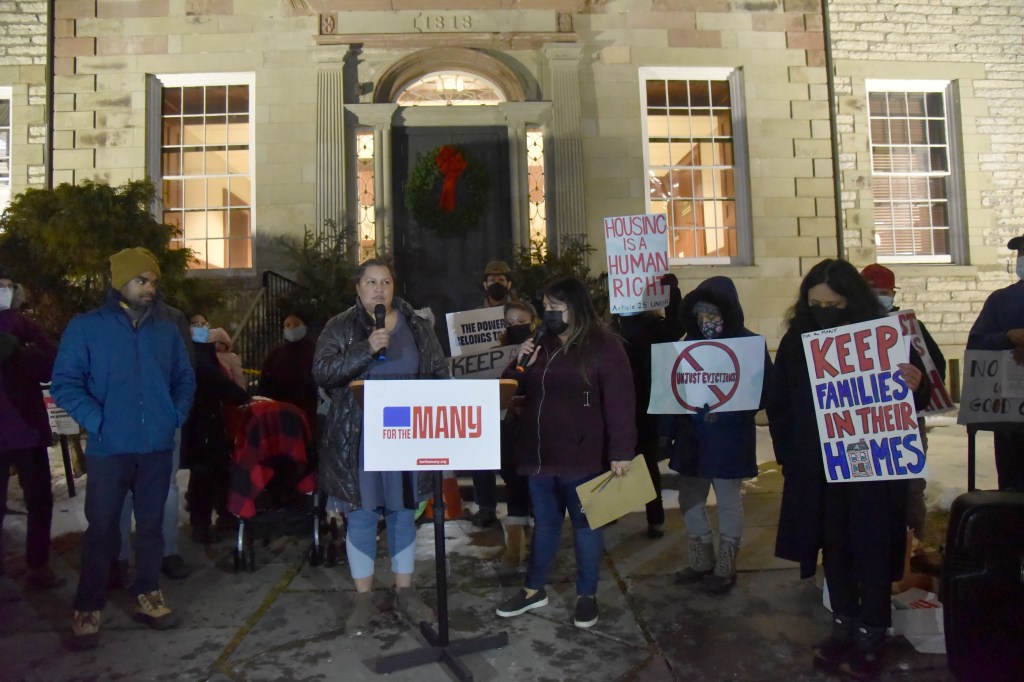 KINGSTON, NY — As pressure mounts to pass eviction for cause across the state, a Democratic state lawmaker says he is in favor of the measure.

Congressman Kevin Cahill, D-Kingston, is one of dozens of lawmakers who co-sponsored the Assembly bill, which winds its way through the state legislature. Jonathan Jacobson, D-Newburgh, is also among the co-sponsors.

State legislation, which did not pass last year, would give every tenant in the state, not just those on rent stabilization, the right to lease renewal, protect against unreasonable rent increases and would require landlords to have “just cause” to evict a tenant into unregulated or “market priced” housing.

The Senate version of the bill has more than 20 co-sponsors, none of them from the Mid-Hudson Valley.

Sen. Michelle Hinchey, D-Saugerties, who represents the 41st Senate District, did not respond to multiple requests for comment.

On Thursday, February 10, supporters of the legislation are expected to hold a rally outside his office at 721 Broadway in Kingston, according to a statement from activist group For the Many.

For the Many, along with Mid-Hudson Valley Democratic Socialists of America and Citizen Action are to organize the rally to demand that she sign the eviction legislation for just cause, the event announced. Among those expected at the 4:30 p.m. rally are Ulster County Legislator Phil Erner, D-Kingston, Kingston Alderman Michelle Hirsch, D-Ward 9; Diana Lopez, community organizer for For the Many; and a representative from Citizens Action.

Cahill, who represents the 103rd Assembly District, said in an email that he supports eviction legislation for cause and has supported other tenant-friendly laws in the past.

“My goal as the author of the Emergency Tenant Protection Act which was passed by the Legislature in a previous session was to create a mechanism to ensure that people would not be evicted from their homes when the rental market would be unbalanced,” Cahill said. “We recently witnessed such a balancing act here in Kingston when many apartment dwellers in several apartment complexes had to choose between exorbitant rent increases and food, health care or even a move. “

“The process outlined in the ETPA, in my view, was hijacked by a small group of landlords who controlled hundreds of apartments,” Cahill said. “As a result, it became clear that more tools were needed.”

Cahill said the new law is one of them.

“The law of evictions for cause can provide a reasonable way to avoid exploitation by the few that has dire consequences for the many,” Cahill said.

Sarahana Shrestha, who is backed by For the Many and the Hudson Valley chapter of the Democratic Socialist of America in a race for Cahill’s seat, said the legislation should have been passed by now.

“The COVID pandemic has revealed that our housing market is set to abandon thousands of renters to make a quick profit, even in an emergency,” Shrestha said. “We should have passed Good Cause Eviction at the state level in the last legislative session, but we didn’t.”